Despite the minor league season being cancelled, the Mud Hens opened its gates to the Great Lakes youth baseball tournament this weekend. 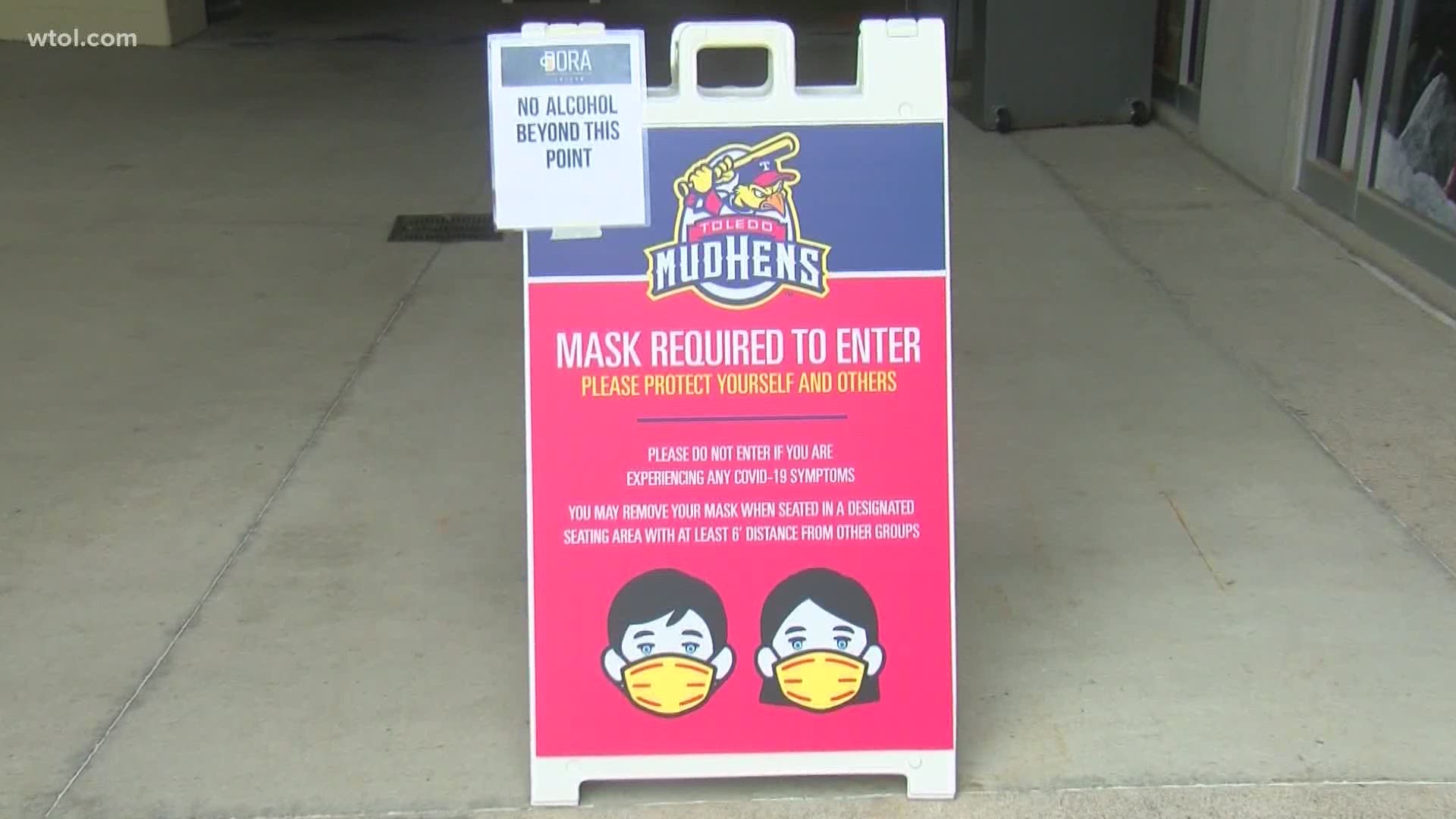 Despite the Mud Hens season being cancelled this year, the sights and sounds of baseball returned to Fifth Third Field this weekend.

The home of the Mud Hens opened its gates to youth players for the Great Lakes Youth Baseball Championship.

"It's normalcy to them," Pastime Baseball tournament director William Zeller said. "The parents everything. It feels like a normal, typical summer."

Parents and players enjoyed some ball while staying safe from COVID-19 and the summer heat with some safety measures, of course, like requiring masks.

"Parents are all socially distanced when they're sitting in their stands," Zeller said. "They're allowed to take their masks when they get in the stands but when they're walking around the concourse, they need them on."

Players needed masks until they got onto the field or in the dugout and could take them off. Parents said the protections make sense and are not that hard to follow.

"You have to protect yourself and protect others," said Steve Peters from South Lyon, Michigan. "And we're in the middle of a little hysteria, but play by the rules, but yeah, no problems here."

Even with the changes, Peters said this means so much to the kids.

"Gets you back to a little bit of being normal, you know like a normal life," said Peters. "You come to the ball field and kind of forget about everything going on outside in the world but it also puts smiles on the kids faces."

The high heat this weekend was also a concern for players. But organizers said the Mud Hens home offered some relief from the sun.

"It was really great weekend to have this facility," said Zeller. "Rather than using a college field or high school field where they're wouldn't be as much shade and it would be on turf and extremely hot."

"Drink a lot of fluids, you know try to stay in the shade," said Peters. "Keep some food in them. But it's been great here, up here there's a nice breeze, you're in the shade."

Everyone agreed that with being able to play ball, the heat was the last thing on anyone's mind.

"These kids come out and play their hearts out. And they feel like they're normal on the field," said Zeller. "No masks, no nothing. You still have your parents cheering you on in the stands... nobody is worried about the heat this weekend. They just want to play baseball, it's been great."