The 19th season begins at home with a six-game series against the Omaha Storm Chasers. 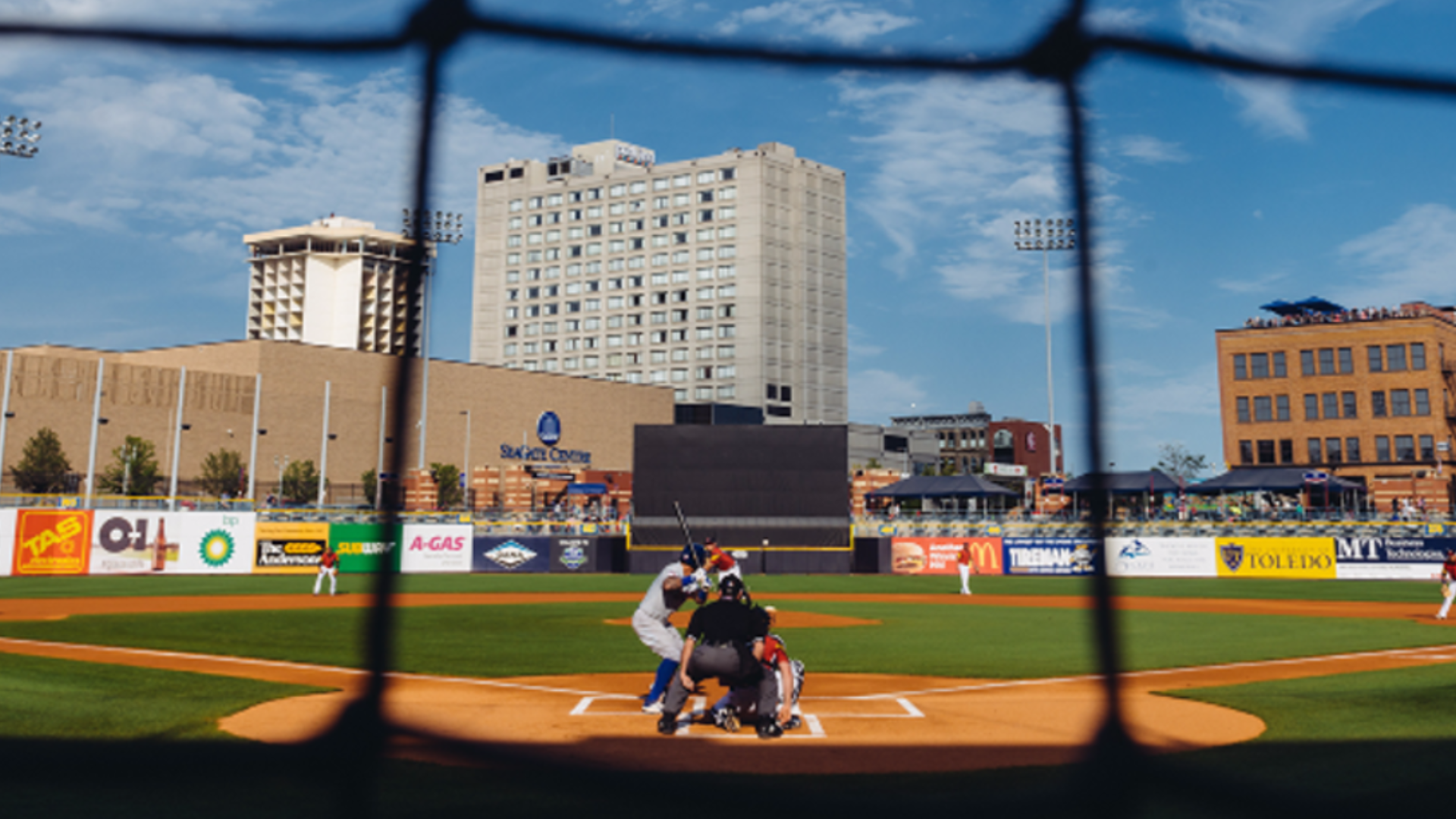 TOLEDO, Ohio — The Mud Hens will be back for their 19th season Tuesday, April 6, allowing 1,500 fans per game.

The season begins at home with a six-game series against the Omaha Storm Chasers. Toledo will play 24 series and 142 games broken into 12 homestands and 12 road trips.

All series are six games except one four-game short-week, from Thursday, July 15 through Sunday, July 18. Mondays are a universal off-day.

The Mud Hens will play 70 games at Fifth Third Field, and 36 are weekend dates, with 12 on Fridays, 12 on Saturdays and 12 on Sundays, including the Fourth of July.

As part of MLB’s realignment, the Triple-A East is made up of 20 teams spread across three divisions. Toledo is in the Midwest and will play their usual foes, Louisville, Indianapolis, and Columbus as well as Iowa, Omaha, St. Paul, Memphis, and Nashville.

Fifth Third Field will open to limited capacity, following the latest health and safety guidelines from the state of Ohio and Major League Baseball. Each year, more than 500,000 people attend Mud Hens games. But under the current guidelines for 2021, there will only be 106,500 tickets available for the season or just 1,500 per game.

Due to the very limited number of tickets available for each game, the Mud Hens will prioritize tickets to the following groups.

Single-game tickets will be released in very limited quantities for limited dates only. The best way to guarantee 2021 Mud Hens tickets is a Flock Membership. Fans can also put a deposit down now and will be notified of ticket availability before they are released to the public. Click here for Information on Flock memberships and deposits.

The Mud Hens anticipate less than 200 tickets being released to the public for each home game. To receive an alert when single-game tickets get released throughout the season, text BASEBALL to 1-833-585-1404.

Following the Responsible Restart Ohio guidelines and recommendations from the Toledo Lucas-County Health Department, new Health and Safety Guidelines have been implemented at Fifth Third Field for the 2021 season along with contact-free ticketing, allowing fans to manage their tickets by using a smartphone or personal device.

Fans can learn more by visiting the Mud Hens ‘Know Before You Go’ page.

Information on sale dates for Opening Days and Single Game tickets will be coming soon.