Two people were injured in a crash when a driver failed to yield and struck their motorcycle at Woodville Road and Millbury Road in Lake Township. 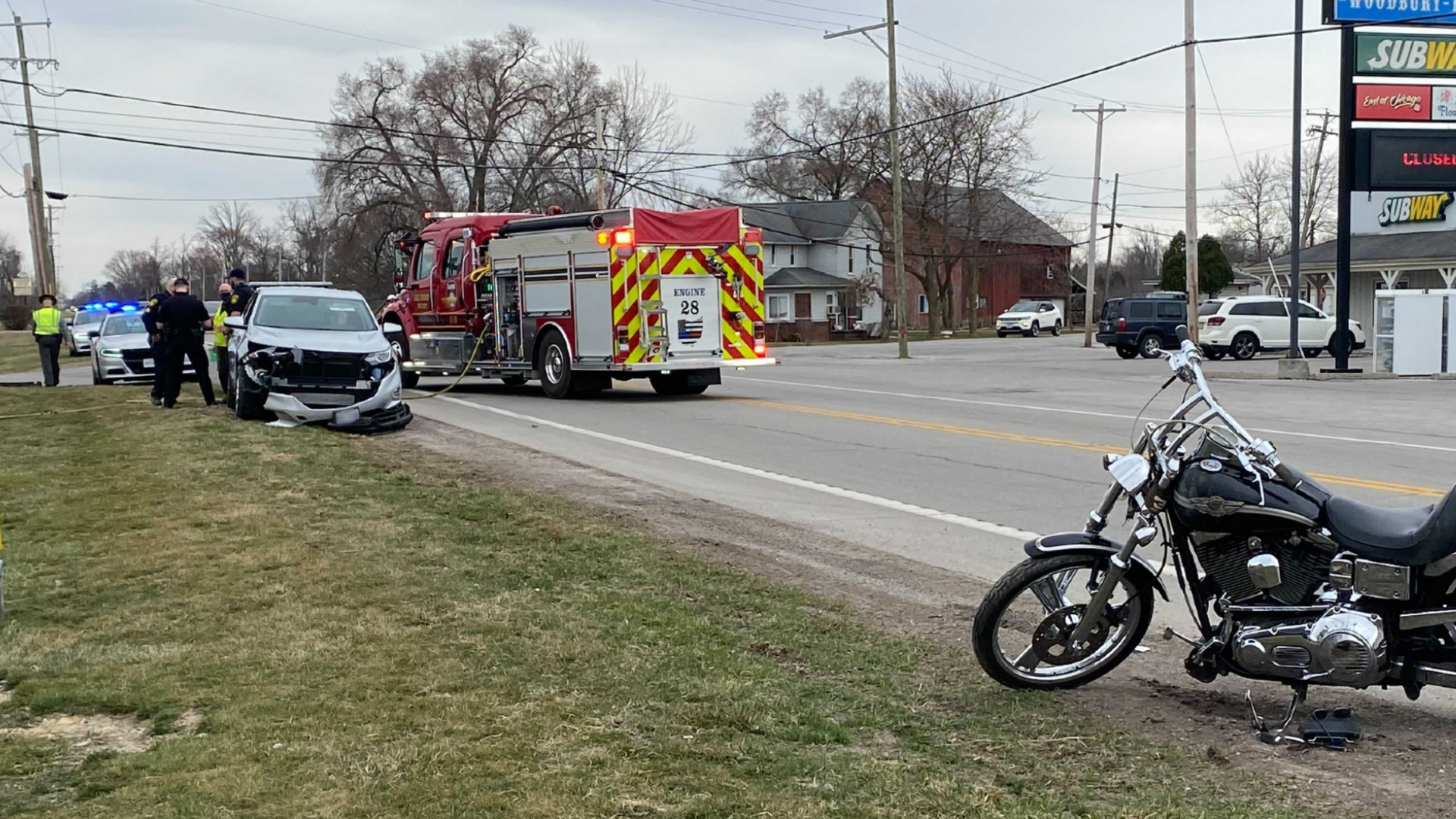 MILLBURY, Ohio — Two people are hospitalized after a serious injury crash involving a car and a motorcycle in Lake Twp. Tuesday.

The crash happened at the intersection of Woodville and Millbury roads just after 3 p.m.

Robert Spurgeon, 89, of Millbury failed to yield the right-of-way at a stop sign on Millbury Road. His vehicle struck a motorcycle traveling on Woodville Road.

The driver and passenger were thrown from the motorcycle in the crash, according to Ohio State Highway Patrol. Ross Burdge, 58, of Curtice was driving the motorcycle and sustained non-life-threatening injuries. His passenger, Trudie Burdge, 54, of Curtice, was seriously injured.

The Burdges were transported to a Toledo hospital by Lake Township EMS.

Spurgeon was not injured. Alcohol is not believed to be a factor.