A 25-year-old motorcyclist is dead after his motorcycle collided with a car in west Toledo early on Sunday morning. 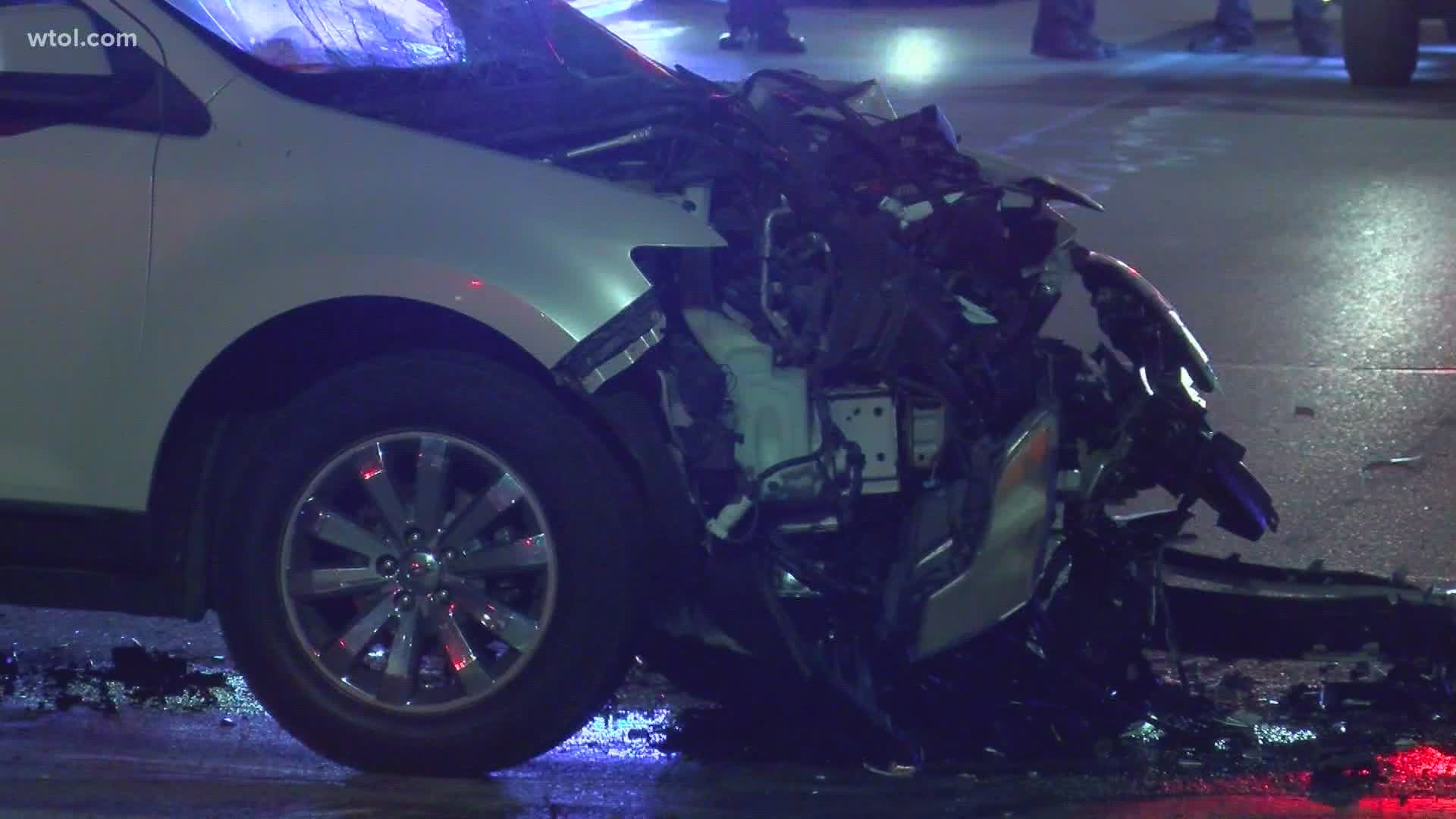 TOLEDO, Ohio — Early on Sunday morning, a motorcyclist lost his life in a collision with a car in west Toledo.

According to the Toledo Police Department, the fatal crash happened on Primrose and Alexis around 2:15 a.m.

Police say a motorcycle ridden by Taylor Hestlet, 25, of Toledo, was traveling west down Alexis Road at the time.

A car being driven by Tyler Hove, 30, of Toledo was traveling east on Alexis Road when it turned onto northbound Primrose, striking the motorcycle.

The motorcyclist was thrown from the motorcycle and landed in front of the Z-One Auto Appearance store.

Hestlet was pronounced dead on the scene. It is unknown if he was wearing a helmet.

Hove was not injured in the crash.

On Sunday, people began to place items near the site of the crash in a makeshift memorial for Heslet.

The incident remains under investigation.

Credit: WTOL 11
The aftermath of a car vs. motorcycle crash on Alexis Road and Primrose Avenue on June 6.

Editor's note: An earlier version of the story had Heslet's first name as Lawrence, as it appeared on a Toledo Police Department press release. Lawrence was Heslet's middle name.