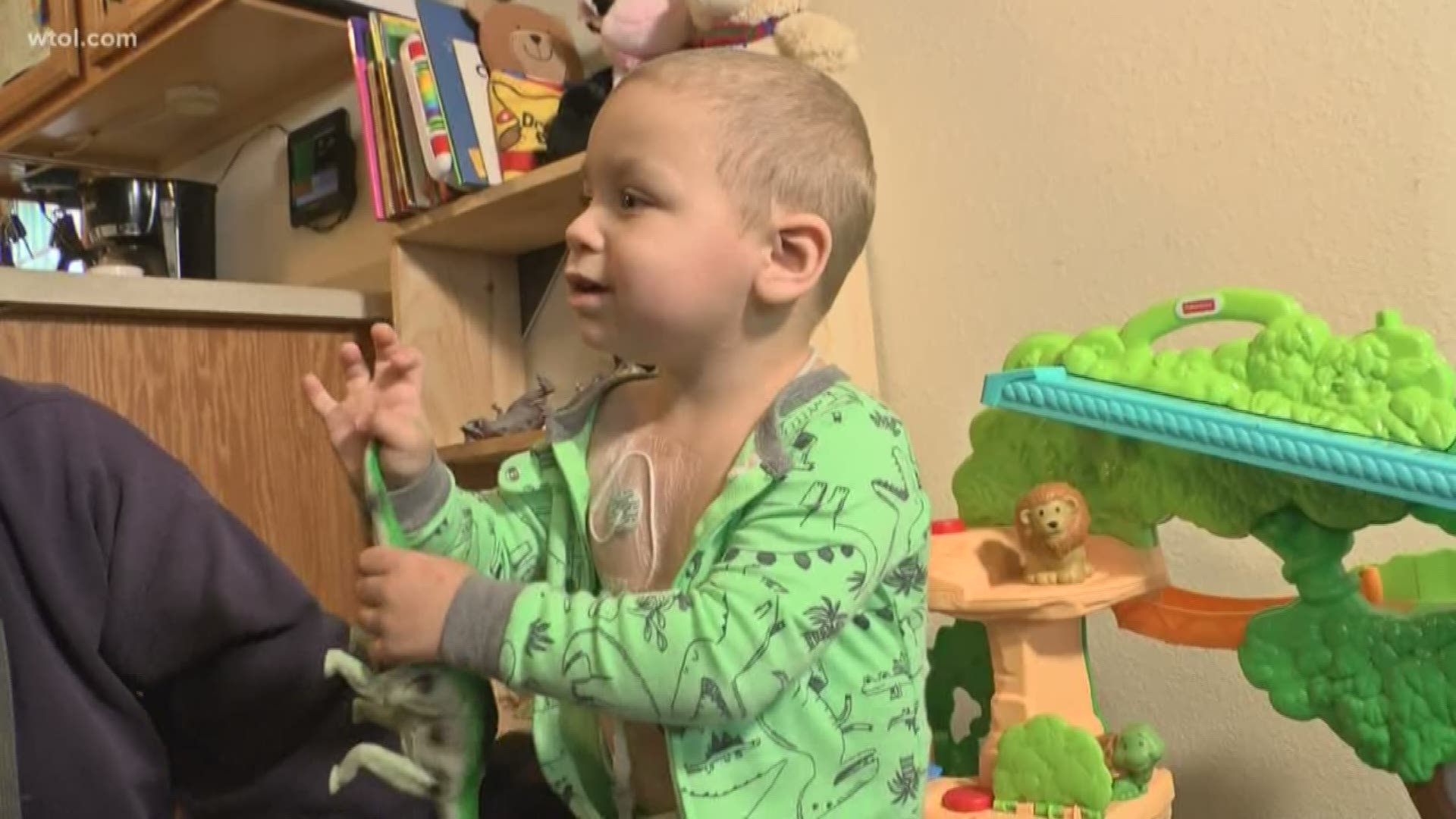 Ronnie Rusek is like most 3-year-old boys. He's full of energy.

However, Ronnie comes with a little more equipment; including a central line, feeding tube and dialysis line.

When Mary Rusek was pregnant with Ronnie, she learned there was a problem with his kidneys.

"I had numerous doctors tell me he wouldn't live after birth. We had a death plan for him," Mary said.

Instead, Ronnie was born in stage two renal failure.

"I've got all daughters and granddaughters. I've been waiting a long time for this guy," Ronnie's father, Peter Rusek said.

Ronnie been on the transplant list for a year and ten months. He needs nightly dialysis treatments and scheduled feedings throughout the day.

"It's long and rough. It's tiring," Peter said.

Mary started losing hope that the life-saving call would come. She got the idea when she drove past an available billboard, to put out an S.O.S. for Ronnie. She said Lamar Advertising offered to pay for the sign for the next few months.

"I was just floored by that. I could not believe it," Mary said.

While his parents will happily continue to provide the care he needs, they do want him to break free of all his extra equipment.

To learn more about organ and tissue donation, visit the Life Connection of Ohio website.