Jessica Christman has been volunteering for months to earn her way to a brand-new home in Oregon. 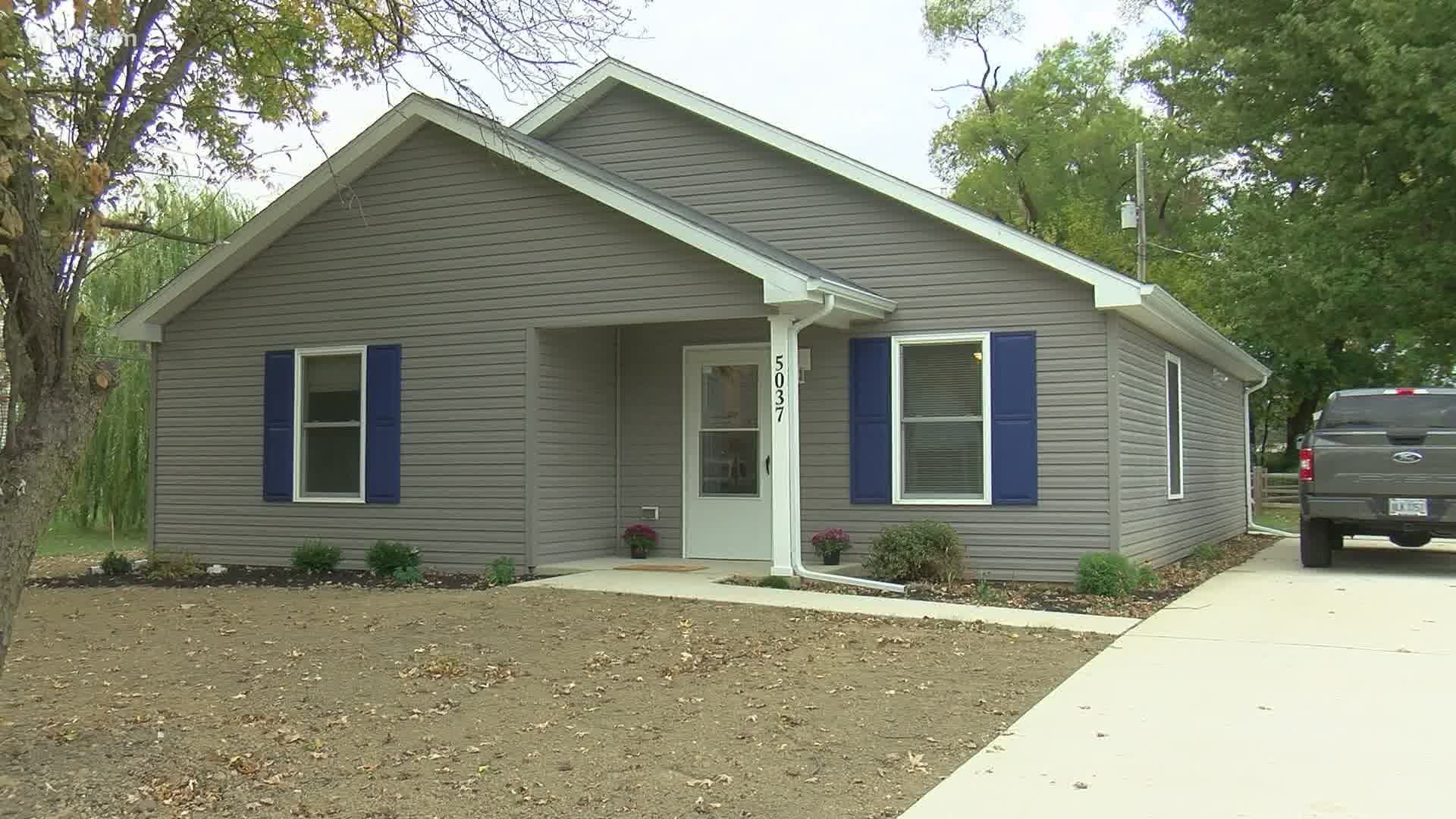 OREGON, Ohio — Between the applause, the tears and the laughter, a local mother of three is celebrating a life-changing moment.

Jessica Christman has been working since April, volunteering to earn her way to a brand-new home in Oregon for her and her family.

"It's very overwhelming but it's obviously a wonderful experience. I'm beyond blessed to have this happen," said Christman.

Maumee Valley Habitat for Humanity dedicated the home to the family in a ceremony on Wednesday.

"It's a celebration of all the generous support that has come through Habitat that is bestowed upon Jessica here at this house. She bought the house earlier today. And we're celebrating the transition from Habitat owning this to Jessica owning it," said Michael McIntyre, the executive director with Maumee Valley Habitat for Humanity.

It's a big deal for Christman, her daughters and her son, who were living in an apartment in Toledo.

"We now have a safe and affordable place to live, and now my kids also have their own rooms that they can decorate however they want, which is such a big deal for them. Just knowing I was able to accomplish this goal is huge for me to show my kids that anything can be done," said Christman.

Christman's 13-year-old daughter Emma felt many emotions about the family moving into their very own home.

"[I feel] excited and overwhelmed because it's so much, and yet so grateful because we finally have a home and not just a tiny townhouse anymore," said Emma Lowry.

Christman had to first volunteer with Maumee Valley Habitat for Humanity before she could purchase the home through the Homeownership program.

Now, after a partnership between Habitat and the Cleveland - Cliff Foundation, she'll be living her dream.

"Really the big advantage for Jessica is that she's able to have through Habitat for Humanity a zero-percent interest loan. So it's very affordable. She'll make a payment that's less that her payment now for rent," said McIntyre.

Christman's daughters call it an inspiration and are proud to see their mom own a home that's all their her own.

"Seeing our mom go through so much and having us there with her and seeing her accomplish one of her big goals, it's awesome. And I mean, it shows us that we can do anything as long as we put our mind to it," said Emma.

You can apply for the Homeownership program by going to the Maumee Valley Habitat for Humanity website or by calling 419-382-1964.

The organization is also asking for donations and more volunteers as they have recently experienced a bigger demand for home ownership.