Authorities say a 42-year-old man called a teen a racial slur and hit him in the face with a bike lock in June. The case will now be considered by a federal court. 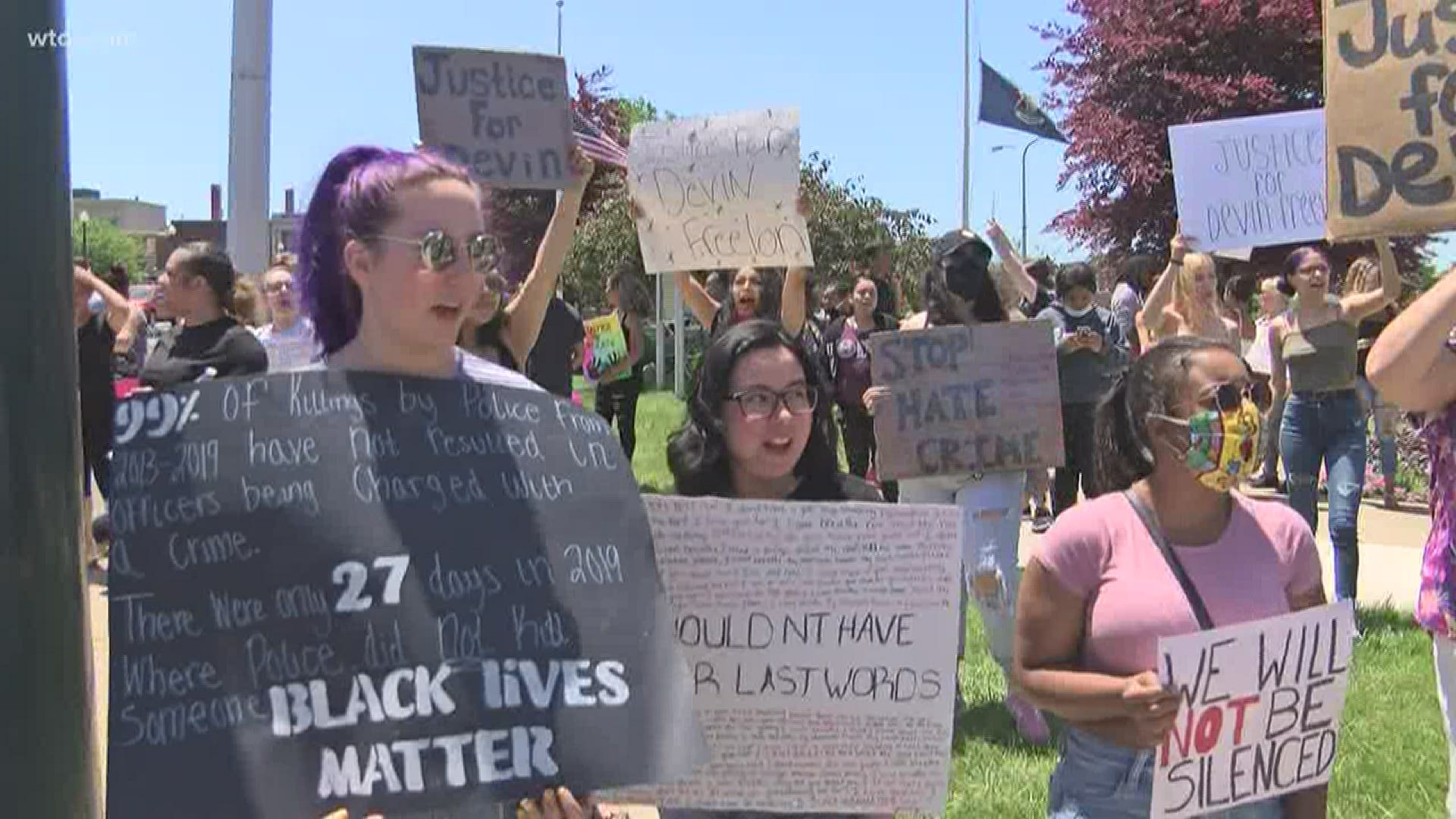 MONROE, Mich. — Hate crime charges against a Monroe County man have been elevated to the federal level.

Monroe County Prosecuting Attorney Michael G. Roehring announced on Friday that the initial charges against 42-year-old Lee James Mouat Jr. stemming from criminal activity on June 6, 2020 had been dismissed to pursue federal charges against him instead.

Mouat Jr.'s initial charges were assault with intent to do great bodily harm less than murder, assault with a dangerous weapon and ethnic intimidation.

The Monroe News says that two groups of people, one white and the other Black, were reportedly swimming at the beach when insults were exchanged.

As the altercation escalated, police say Mouat Jr. went to his car to get a bike lock, then returned to call Devin the "N" word and hit him in the face with the lock.

A GoFundMe page revealed Freelon suffered a broken jaw and lost several teeth in the incident.

The Monroe County Prosecutor's office and the U.S. Attorney's Office agreed to transfer prosecution to the federal judicial system, because federal laws in the case of a hate crime resulting in serious injury are a better fit to the events that are alleged to have occurred.

If he is found guilty of violating federal law, the prosecution expects Mouat Jr. will face a penalty of incarceration longer than allowed under state law.

After the assault, close to a hundred protesters in Monroe called for justice after Devin was attacked.

"It's disgusting. It's not acceptable," said Amanda Althouse, the organizer of Justice for Devin Freelon. "When I heard what happened I was absolutely mortified for him and his family. For the city. So we wanted to organize something, try to get people out, get his name out there."

"A lot of racist people coming out of the dark. So, I knew something was gonna happen, but I'm just glad I'm out here today to protest for my friend and protest for the black community," said Maurice Brooks, a school friend of Devin Freelon.

"This is personal now for a lot of people maybe that it wasn't for before. You know we were out here last week protesting Black Lives Matter, today it's Devin," said Althouse.

"The incident that doesn't need to happen to anybody. Anybody at all. All lives don't matter until black lives start mattering. Devin was hit because of the color of his skin," added Maleik Linton, another protester at the demonstration.

Protesters are now asking for an end to discrimination and unjust treatment of black lives.

"No more racism, more equality around. There's too much racism out here," said Brooks.

"I'm worried about it. Am I next? That's the question that goes to my head. Am I next? Do I have to worry about going out and getting hit with a weapon because of the color of my skin?" asked Xavier Hayes, who identified himself as the brother of Devin Freelon.

You can donate to Freelon's GoFundMe account by visiting this website called help against a hate crime and save Devin's smile.