Business owners claim they are being racially targeted. But the city claims that's not the case. 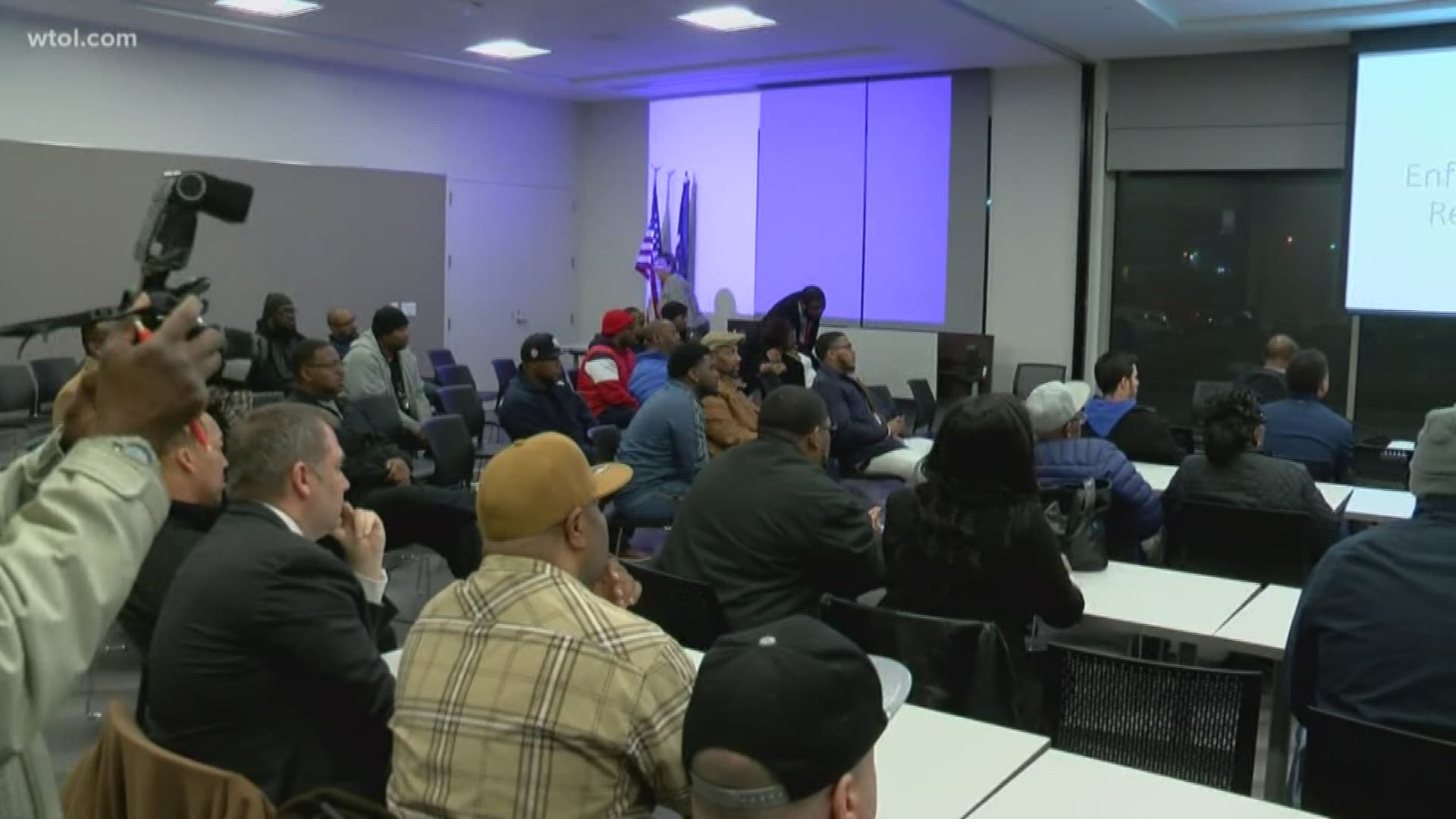 TOLEDO, Ohio — Some bar owners are up in arms about a recent Toledo commercial property nuisance ordinance as they claim they and their establishments are being racially targeted.

Monday night they gathered at the Mott Branch Library to discuss their concerns with representatives from the city and the Toledo Police Department.

The meeting revolved around the city's chronic commercial property nuisance ordinance, which some claim has forced them to close their business.

Cullen Jones, the former co-owner of the Royale Place on Airport Highway, is one of those owners who received a complaint from the city.

"Ken's bar for example. They never even gave him a warning, just closed him down. So, to avoid that situation I just closed the bar down to avoid having any problems with the city. And it's been closed for like three months now," Jones said.

In October of last year, city council approved the ordinance aimed at holding businesses accountable through a point system in hopes to avoid crime happening at bars.

"This ordinance was brought about for the purpose of enforcing nuisance violations in the city against commercial properties. Not just bars, but just about any commercial property and the purpose of it was to let the property owners and operators know that there were problems occurring," said John Madigan, a senior attorney for the city of Toledo.

Those problems can involve anything from loud noises to over intoxication or any type of violence.

However, some of the bar owners said their establishments are being racially targeted by the city because of how they are being treated.

"I don't know when's the last time I seen the police actually arrest somebody for fighting outside the bar. I don't remember. Because they come, put the violation on the bar and it's over until the bar hears about it," said Jones.

The business owners also believe they will be punished for activities outside their establishment, which they say they have no control over.

But Madigan said that will not be the case.

"I don't think that's going to happen. you know like I said, it's gonna be us looking at these violations to see if they're actually tied to these particular establishments and they're creating a pattern of criminal and nuisance activity. And that's gonna be the determining factor," Madigan said.

In the meantime, Cullen Jones, who now manages Club Yesterday downtown, said he just wants the ordinance to be fair and start punishing those causing the trouble.

"I don't understand why would you want to close down an operating business. Why not help us. It's not like we don't want to ask for help. It's not like forget the police. But we can't call them. No, we're not like that. But we can't call them because, like you said, our bar is labeled a nuisance. But if the police come and do their job, the average person will think I can't go over there because I'll go to jail," Jones said.

The city's attorney said it will be up to the city to make any changes to the ordinance.