The Hullibarger family says during the funeral, the priest questioned aloud whether their son Maison, who committed suicide, would get to heaven. 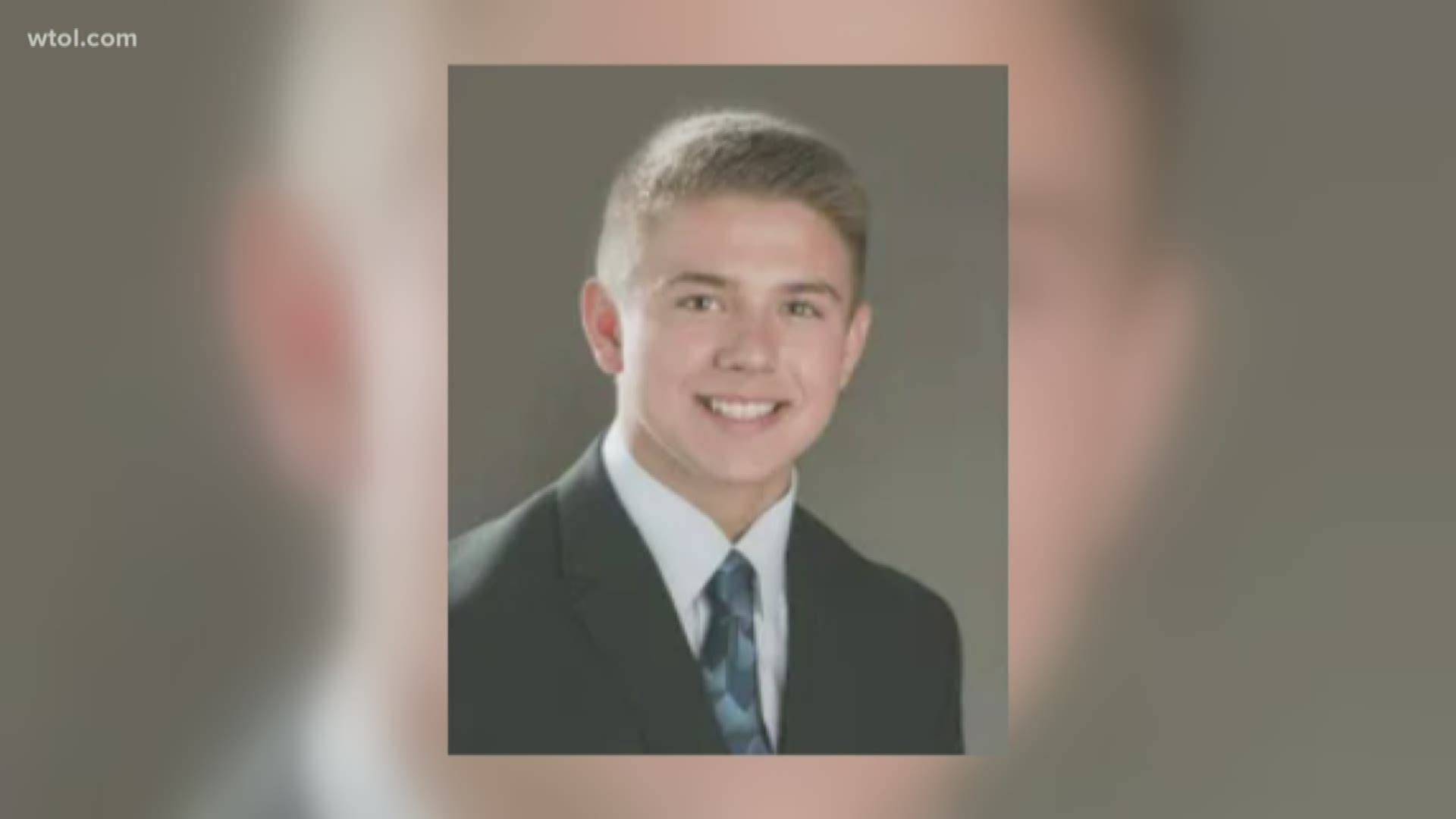 WAYNE COUNTY, Mich. — On Thursday, a lawsuit was filed against the Archdiocese of Detroit, Our Lady of Mt. Carmel Parish and Father Don LaCuesta, claiming a Bedford Township family endured mental anguish caused by the priest's conduct during their son's funeral. The lawsuit was filed in Michigan's Wayne County Circuit Court.

According to the suit, LaCuesta of Mt. Carmel Parish caused irreparable harm and pain to grieving mother Linda Hullibarger after delivering a funeral homily for her son Maison. Hullibarger says the priest violated the family’s privacy and turned the homily into his own personal message on suicide.

Hullibarger and her husband met in December with LaCuesta to plan the funeral service for their son Maison. During this meeting, the Hullibargers made clear that they wanted LaCuesta to deliver a positive, uplifting and loving message that celebrated the life of their son, according to the family's attorneys of the law firm of Charles E. Boyk Law Offices, LLC .

Hullibarger says they asked “for it to be uplifting, to talk about show[ing] kindness to one another, to be there for one another, just to love one another, to lift people up - that’s what we asked for. That was so important to us, there’s so much sadness.”

However, the lawsuit claims that is not the funeral service LaCuesta delivered on Dec. 8, 2018.

Instead of adhering to the family’s wishes, the lawsuit alleges LaCuesta turned the homily into a message regarding suicide, questioning whether the Hullibarger’s son would be admitted into heaven. What made this more shocking to the family was that the Hullibargers had not disclosed, revealed, or discussed the nature of Maison’s death to LaCuesta or the community, they said.

“[A]t our own child’s funeral, we were taken down yet again when it was a place that we were supposed to be lifted up. And we had no idea, no indication that was going to happen,” Hullibarger says. “No parent, no sibling, no family member should ever, ever have to sit through what we sat through. And it’s happened before. When you’re already beyond devastation, why would you make it even worse? No words can describe that [be]cause you don’t think you could feel any worse.”

“Father LaCuesta’s conduct at Maison’s funeral service was intentional,” noted Andrea Young, an attorney at Charles Boyk Law. “It was apparent to those in attendance that Father LaCuesta had a message he wanted to relay. That message was not previously disclosed to the Hullibarger family and it did not conform to homily that Father LaCuesta previously agreed to deliver. At a time of tragedy, the Hullibarger family turned to their church for peace and comfort but instead Father’s LaCuesta’s actions caused them irreparable harm and pain.”

Neither the Detroit archdiocese nor Mt. Carmel Parish returned a request for comment on the lawsuit and the priest's conduct.

Following Maison’s funeral service, Hullibarger sought removal of Father LaCuesta. According to the complaint, a call with Bishop Battersby confirmed the church believed what  LaCuesta did was wrong but would not remove him. Hullibarger said she was told to “let it go and get some help.”