Tamaris Henagan and Dontay Munford were supposed to get married in May. Now they're hoping to tie the knot Dec. 13 without having to postpone again. 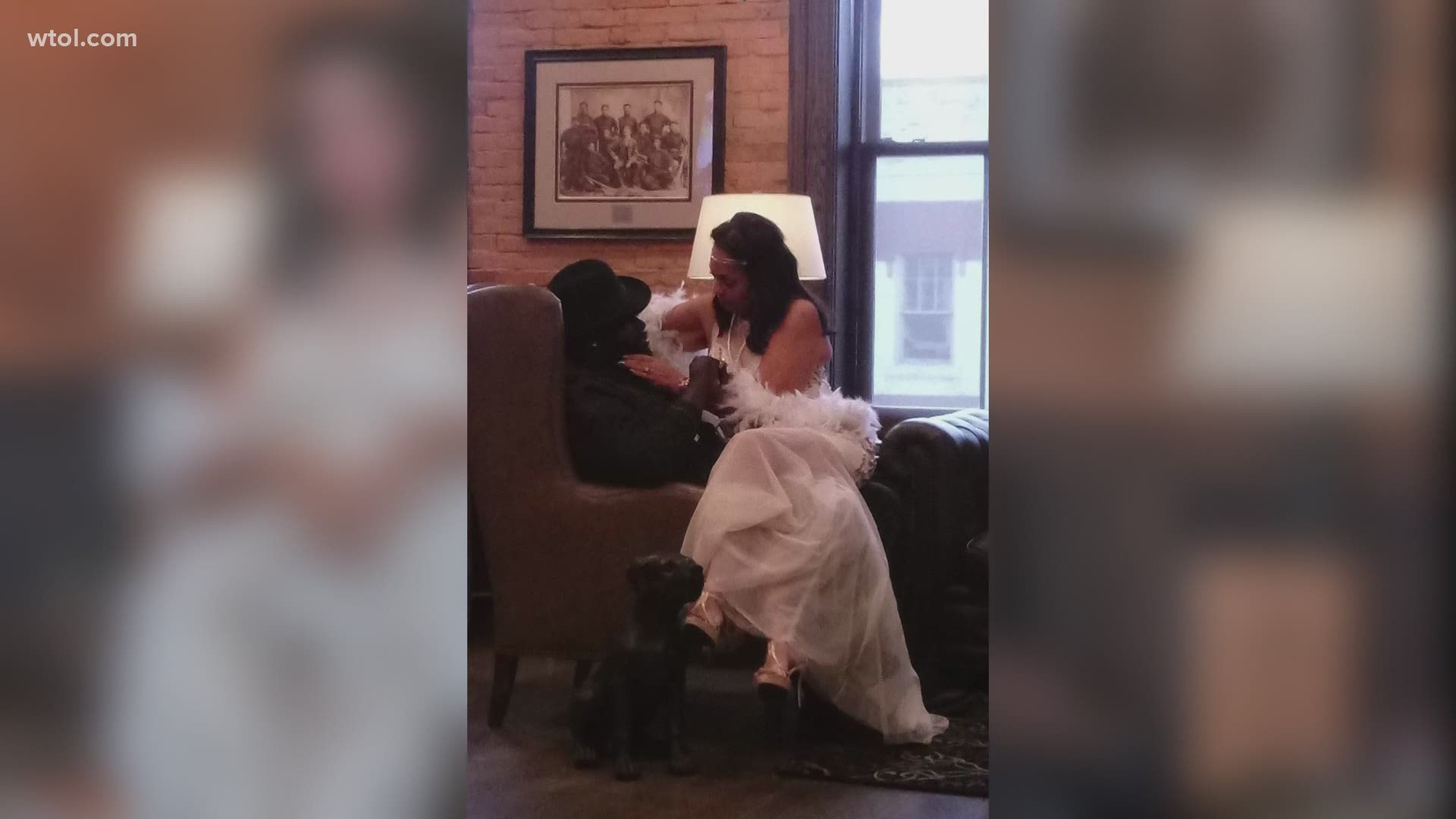 TECUMSEH, Mich. — This year has been tough for anyone trying to tie the knot. Constantly changing health orders have made it hard to nail down a date, a venue or how many people can come.

"This year has been a challenge, a big challenge," Your Big Day Wedding and Events planner Faythe Emens said.

Emens has been a wedding planner for 16 years. She says the pandemic has forced so many couples to push back their big day to next year, 2022 or even cancel.

It's a challenge Tamaris Henagan and Dontay Munford are facing right now. The Michigan couple was supposed to get married in May. They rescheduled for next year and then decided to have a smaller wedding in December as cases dropped a few weeks ago.

With rising coronavirus case numbers, venues have been forced to close. Their guest list has been reduced. Like many, they had to change what their dream wedding looks like.

"We were going for 'Harlem Nights'," Henagan added on their theme. "We had an entire venue an older theater that's been turned over. We were turning it into the Boom Boom Room."

Munford, a native of Queens, stressed that he's used to big extravagant weddings back home in New York. And, he was hoping to have that for his and his future wife's big day.

Now they're looking at adding a virtual element for people to dress up at home and still join in.

Despite the challenges, they said this has brought them together even more, leading to better communication and testing their ability to weather this storm together.

"These changes are happening," Henagan said. "You might not get a reception, but on December 13, you're going to marry your best friend. And that's all that matters. And that was wise of her to remind me of that."