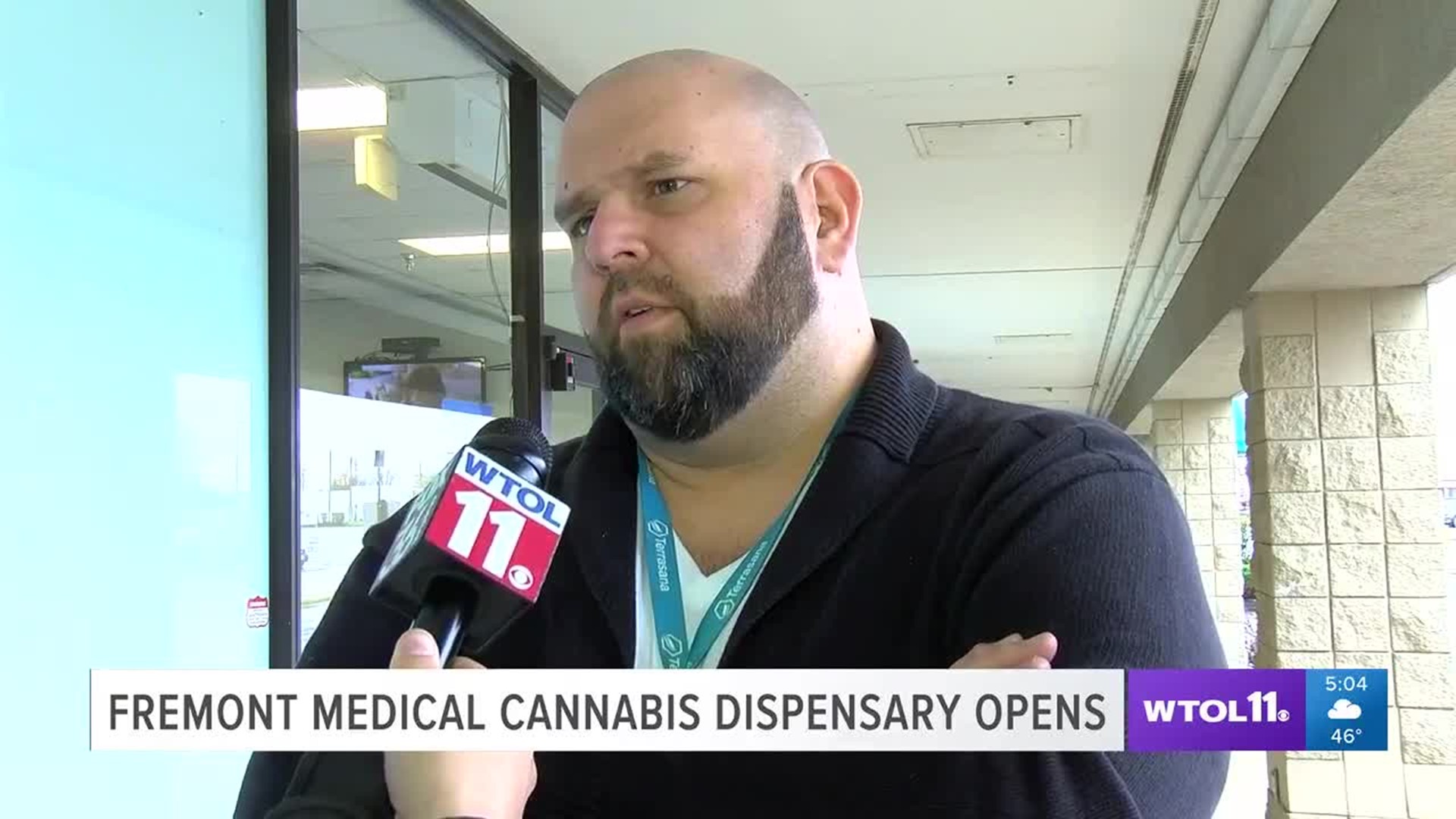 FREMONT (WTOL) - Another medical marijuana dispensary is now open in our area and it’s the second of its kind here in northwest Ohio.

The company already has two other dispensaries established in Columbus and Cleveland, and will soon open a fourth in Springfield.

Terrasana Fremont general manager Don Stotridge said their company offers some of the most competitive prices in the state.

Since opening, Stotridge said they have seen about 50 customers, but expect those numbers to grow as the state medical cannabis program continues to grow.

He explained Terrasana is not only here to serve those with medical marijuana cards, but the entire community as well.

“We’re always available for questions too. Even if you don’t have your medical marijuana card, and you need help navigating the process; stop in or give me a call, and we’ll walk you through and make sure you’re doing it the correct way and you’re not being taken advantage of," said Stotridge

For more information on Terrasana can be found here.