Republican Jan Scotland and Independent Carty Finkbeiner talked about their visions for the city ahead of Primary Day Tuesday. 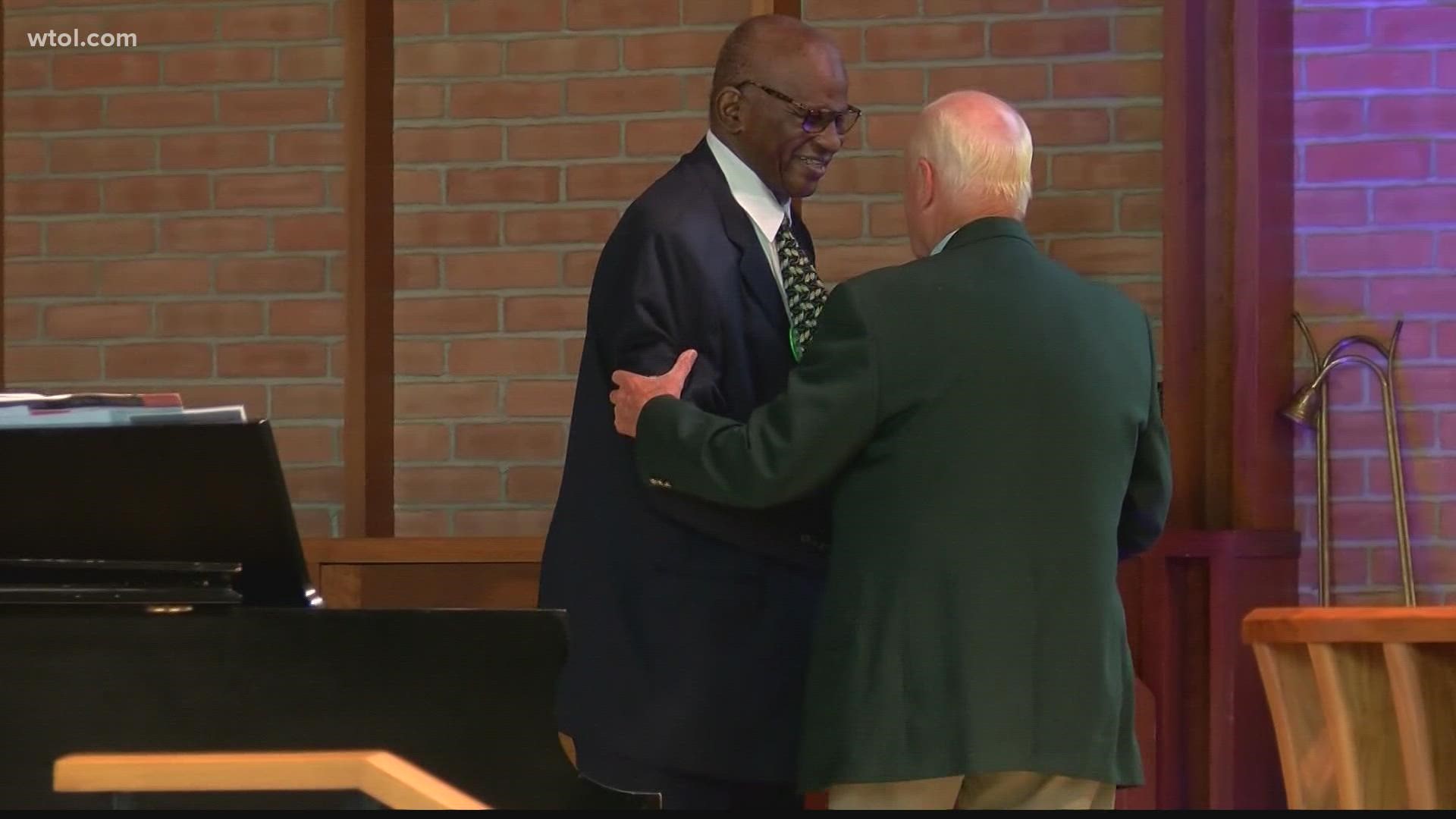 OTTAWA HILLS, Ohio — Candidates for Toledo's top office met for a friendly forum in Ottawa Hills on Saturday ahead of Tuesday's primary.

Republican Jan Scotland and independent Carty Finkbeiner, both running against current Mayor Wade Kapszukiewicz, spoke about their top issues. Both agree that public safety and reducing violent crime is the top priority.

Scotland stressed to the voters in attendance that he would bring a new perspective to the office.

"Voting for the same thing over and over again and expecting a difference is insane," said Scotland.

That might have been the only direct comment Scotland said towards his opponent, independent Finkbeiner, as both offered their visions for Toledo's future.

Around two dozen possible voters showed up to hear the candidates' plans on top issues like violent crime and economic development.

"We are our brothers' keepers," Finkbeiner said, "and sometimes we get stuck in certain neighborhoods and we don't venture forth to see how others are living in other parts of the city."

The Wieligman family wanted to hear from the candidates in person. Joe Wielgelman believes, like the candidates, safety is paramount, especially for the youth.

"I was very impressed with Jan Scotland's approach toward youth as well," he said, "because I think that's one of those areas that will build a stronger city long term if our youth are the backbone of improvement."

In economic development, Scotland talked about how the Solheim Cup showed visitors the perfect Toledo. But said the city needs to do more to convince people and other businesses to move here.

"We happen to have a lot of things occur at the same time that enticed them," he said. "We have to find a way of setting that up overall in a way that entices people year-round."

Current mayor Democrat Wade Kapszukiewicz was invited to attend the debate but had prior commitments for September 11 remembrance events.