Kaptur was one several lawmakers trapped in the upper House Gallery during the riot. At least 3 lawmakers have tested positive since that day. 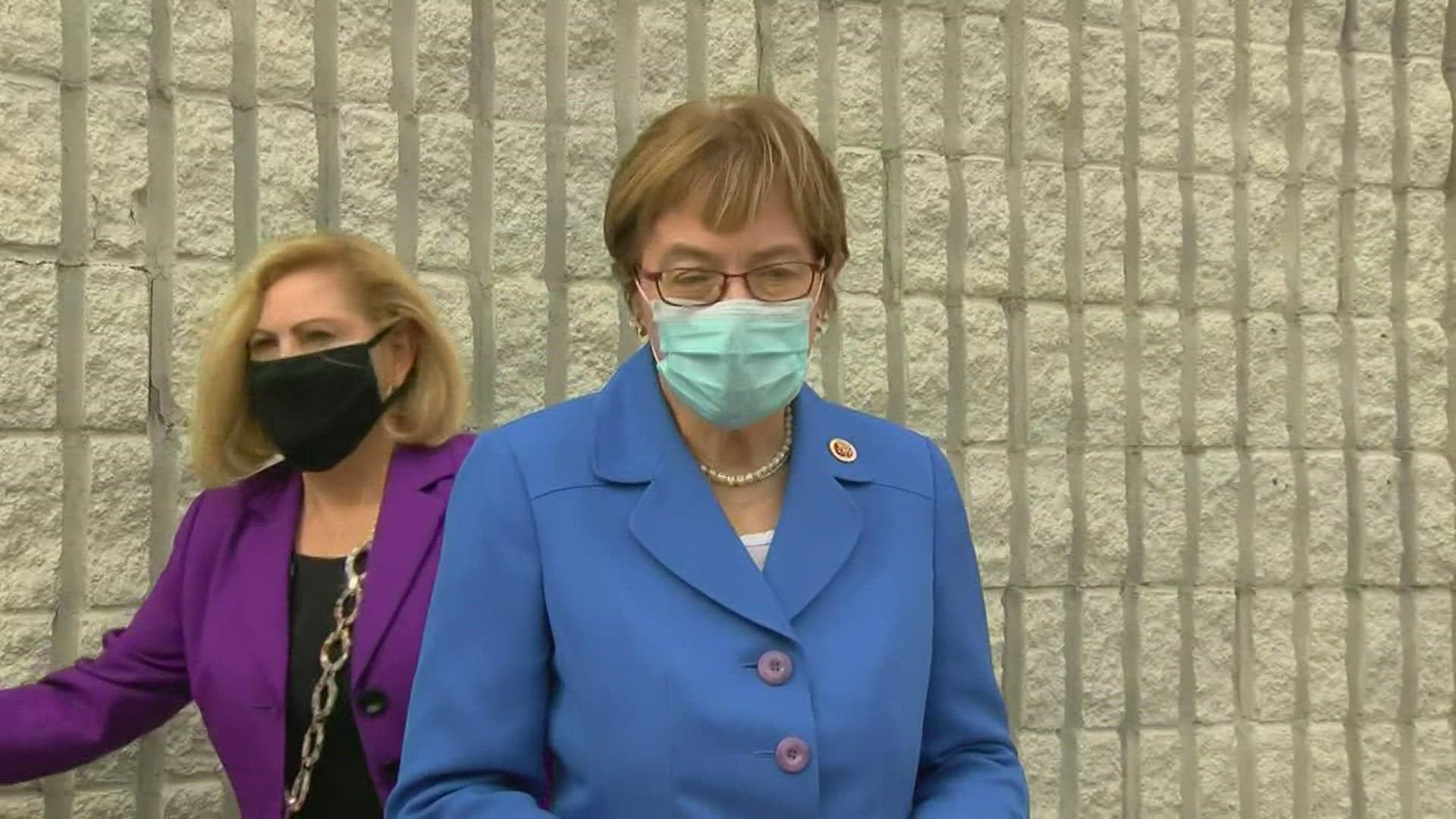 TOLEDO, Ohio — U.S. Rep. Marcy Kaptur (D-Toledo) is in quarantine after potentially being exposed to COVID-19 while she was in a group of trapped Congress members during the siege of the U.S. Capitol on Jan. 6.

“Last week, during the invasion of the Capitol by a rampaging mob, I was one of the Members trapped in the upper House Gallery for a very long time as the out-of-control invaders ransacked the Capitol and attempted to break through the House Chamber doors locked for our safety," Kaptur said Wednesday.

"I was among the last few Members remaining in the Upper Chamber and ultimately ushered to safety by Sergeant at Arms officers and Capitol police to a secure holding area. Inside that room, several Republicans refused to wear their masks despite pleas from colleagues, the Sergeant at Arms, and the Speaker. Subsequently three of our Members held in that room have tested positive for COVID.”

“For the safety of those around me, I am quarantining. Medical protocol for Covid requires that I be tested twice. I was tested two days after the exposure at the end of last week and, thankfully, the initial test results were negative. I will be tested again 10 days post exposure.”

Credit: AP
People shelter in the House gallery as protesters try to break into the House Chamber at the U.S. Capitol on Wednesday, Jan. 6, 2021, in Washington. (AP Photo/Andrew Harnik)

On Tuesday, Kaptur tweeted in solidarity with her fellow lawmakers who had tested positive and criticized Republican members who didn't practice COVID-19 protocols.

Some other lawmakers and staff also were furious after video surfaced of Republican lawmakers not wearing their masks in the room during lockdown.

Praying for my colleagues as more test positive by the hour. It’s unacceptable that so many GOP Members and staff won’t do the minimum to protect others. For Congress to carry out the people’s work, the Sergeant-At-Arms must enforce the rules set by the Attending Physician & CDC. https://t.co/LtPdIIipiD

The Capitol's attending physician notified all lawmakers Sunday of the virus exposure and urged them to be tested.

Dr. Brian Moynihan wrote that "many members of the House community were in protective isolation in the large room — some for several hours" on Jan. 6. He said "individuals may have been exposed to another occupant with coronavirus infection."

Dozens of lawmakers were whisked to the secure location after pro-Trump insurrectionists stormed the Capitol that day, breaking through barricades to roam the halls and offices and ransacking the building.

Some members of Congress huddled for hours in the large room, while others were there for a shorter period.

RELATED: Congresswoman Kaptur gives her testimony of when the Capitol was breached 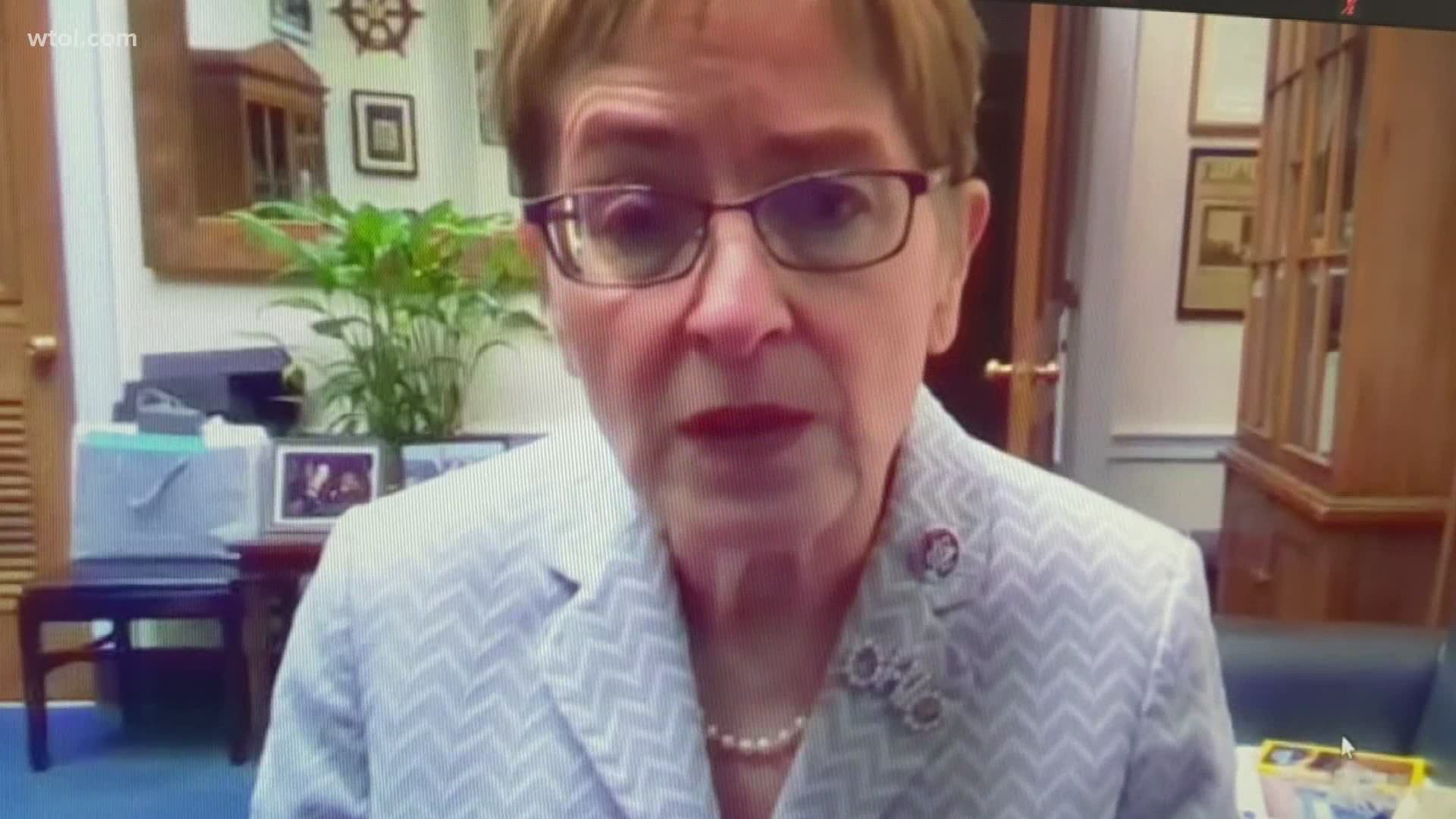