HCSO said a neighbor claims he acted in self-defense when suspect Paul Jones and Roderick Livingston, the deceased, approached him with guns. 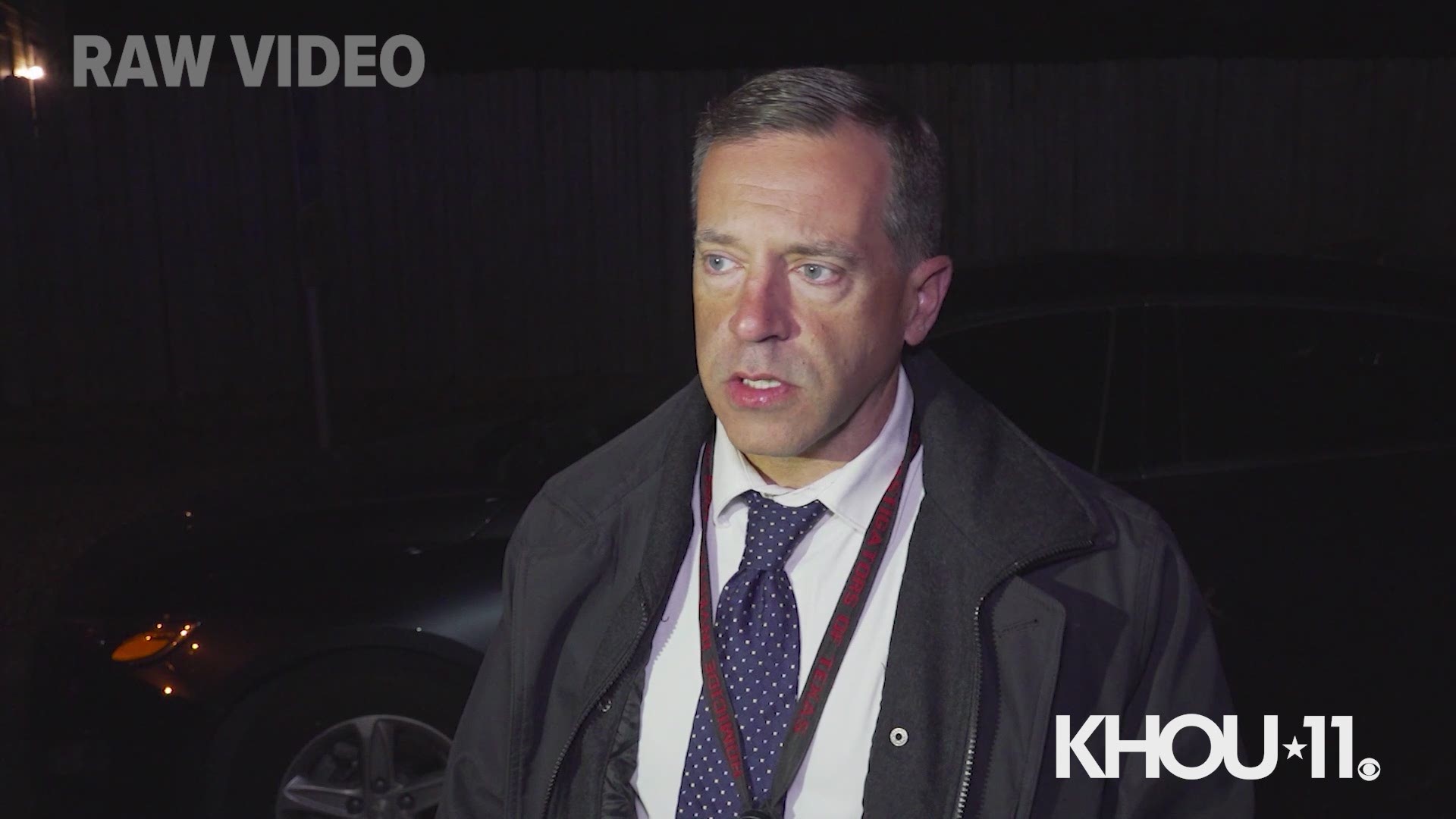 HARRIS COUNTY, Texas — A man and woman are facing criminal charges after a deadly dispute Christmas Day in a north Harris County neighborhood, according to deputies.

Sheriff Ed Gonzalez said investigators now know the confrontation was between neighbors, and they have identified the deceased as Roderick Livingston.

The Harris County Sheriff's Office dispatched officers to a shooting call about 7:30 p.m. Friday to the 1100 block of Sawgrass Ridge Lane near Grovedale Drive.

Livingston was found suffering from multiple gunshot wounds and was later pronounced dead at the hospital, according to investigators. They believe he was in the neighborhood visiting family for the holiday, HCSO Sgt. Jason Brown said earlier in the investigation.

Update to fatal shooting at Sawgrass Ridge: appears the incident stemmed from a parking dispute amongst neighbors. One party was allegedly approached by a group of males displaying handguns. At least one male in the group (Paul Jones) fired at the other party of one. The party https://t.co/iXmrgeNrjl

During that time, the sheriff's office received a call from a neighborhood resident. He was calling from the Flying J gas station on Richey Road near the North Freeway, deputies said.

Investigators said the neighbor confessed to being involved in the shooting and wanted to turn himself in.

Officers met up with the neighbor and confiscated his firearm before taking him to the station for questioning. He allegedly told deputies he acted in self-defense.

Jones, the deceased and possibly others in a group had approached the neighbor over a parking issue while showing their handguns, deputies said. At some point, Jones is accused of firing the first shot.

Investigators said the neighbor, who reportedly feared for his life, fired back and fatally shot Livingston.

HCSO later caught up with Jones and interviewed him. However, deputies said Jones' story didn't match up with what was recorded on surveillance video.

Jones was arrested and charged with aggravated assault with a deadly weapon.

The suspect's girlfriend, Kati Mack, is accused of trying to hide two handguns used in the shooting. She has been charged with tampering with evidence.

The neighbor has not been charged in Livingston’s death, a case that HCSO said will be referred to a grand jury as the investigation continues.