89-year-old Wilbur Lewis was awarded the Soldier's Medal on Wednesday, for his act of bravery as a 24-year-old in the Army. 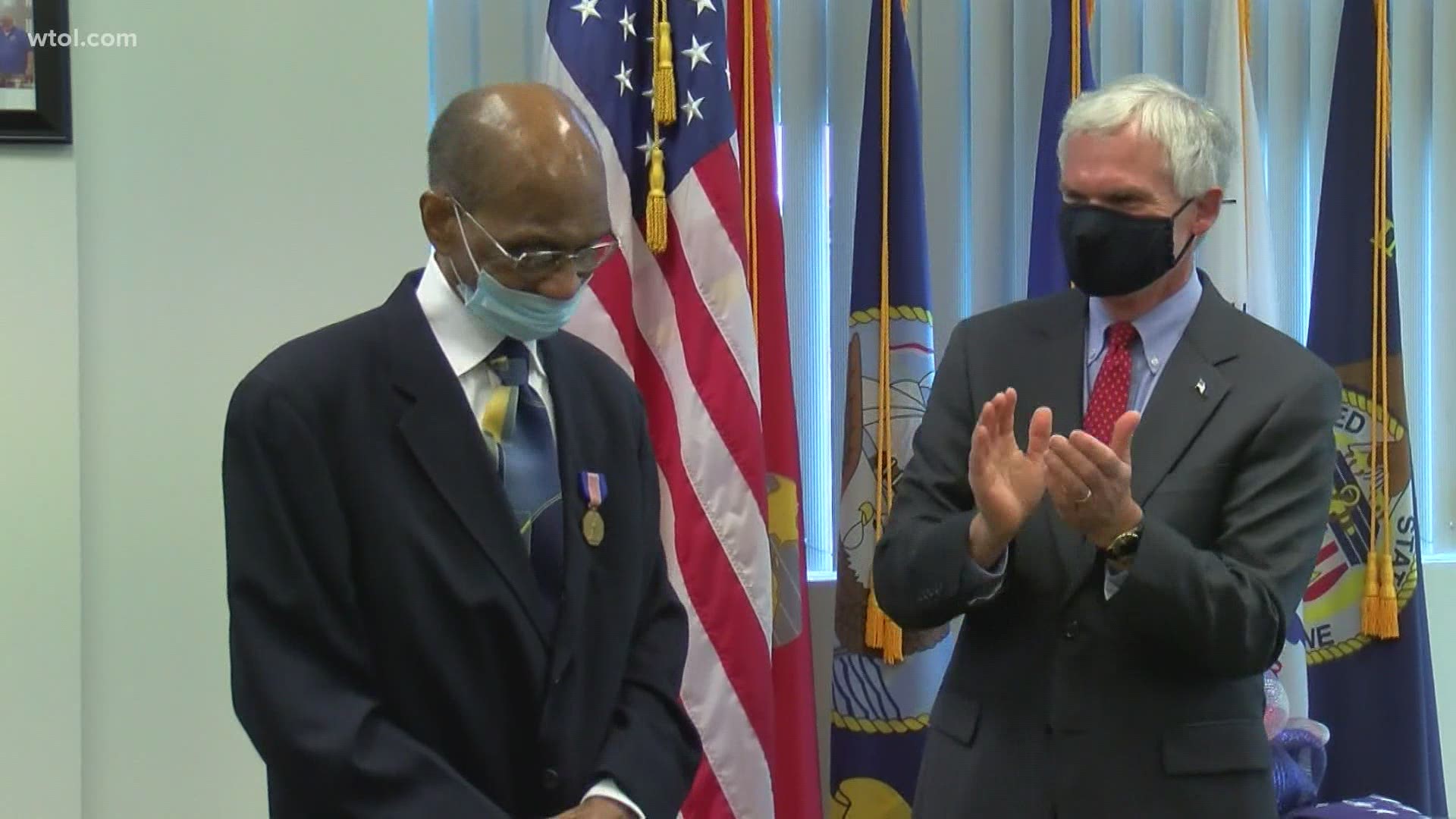 TOLEDO, Ohio — It's a big moment in a little conference room in the Lucas County Veterans Services building -- a moment 64 years in the making.

"He told me about this and I was like, man, you deserve your medal," Wilbur Lewis Jr. said.

Lewis Jr. sat alongside his brothers and sisters to see his father, 89-year-old Private First Class Wilbur Lewis have the Soldier's Medal for individual heroism pinned to his chest.

It's something none of them were sure would ever happen.

"It's been such a long process to get to this point, but glory to God that he got what he deserved before leaving this world," Lewis Jr. said.

PFC Lewis is a humble man, but his mere presence in a room commands respect from soldiers and strangers alike.

"I was a combat infantry soldier, I was trained to fight and kill the enemy," Lewis said.

Lewis was stationed at Fort Bragg in North Carolina in the early 1950's, a time when white and Black soldiers were housed separately.

He was expected to abide by Jim Crow laws whenever leaving base.

"You're in the south now, so all soldiers have to abide by the state rules," Lewis explained.

The troops were desegregated when he served in Korea. There, he was hit in the face with shrapnel and received a Purple Heart.

When he got home, he wasn't done serving his country.

Back at Fort Bragg, he and his fellow paratroopers were training when a soldier's parachute failed.

"His chute collapsed or something. It didn't open, it was hanging down, so I grabbed him and told him 'we go down together,'" Lewis said. "It seemed like we were coming down twice as, maybe 10 times, as fast as the other parachutes going down."

Lewis was 24 and the soldier he saved was just 20 years old.

"Just think of the gentleman he saved, his generation of family, his kids, his grandkids and the generation continued on because of his one act of heroism," Armstrong said.