Police say the device was able to capture the undergarments and body of a woman on camera. 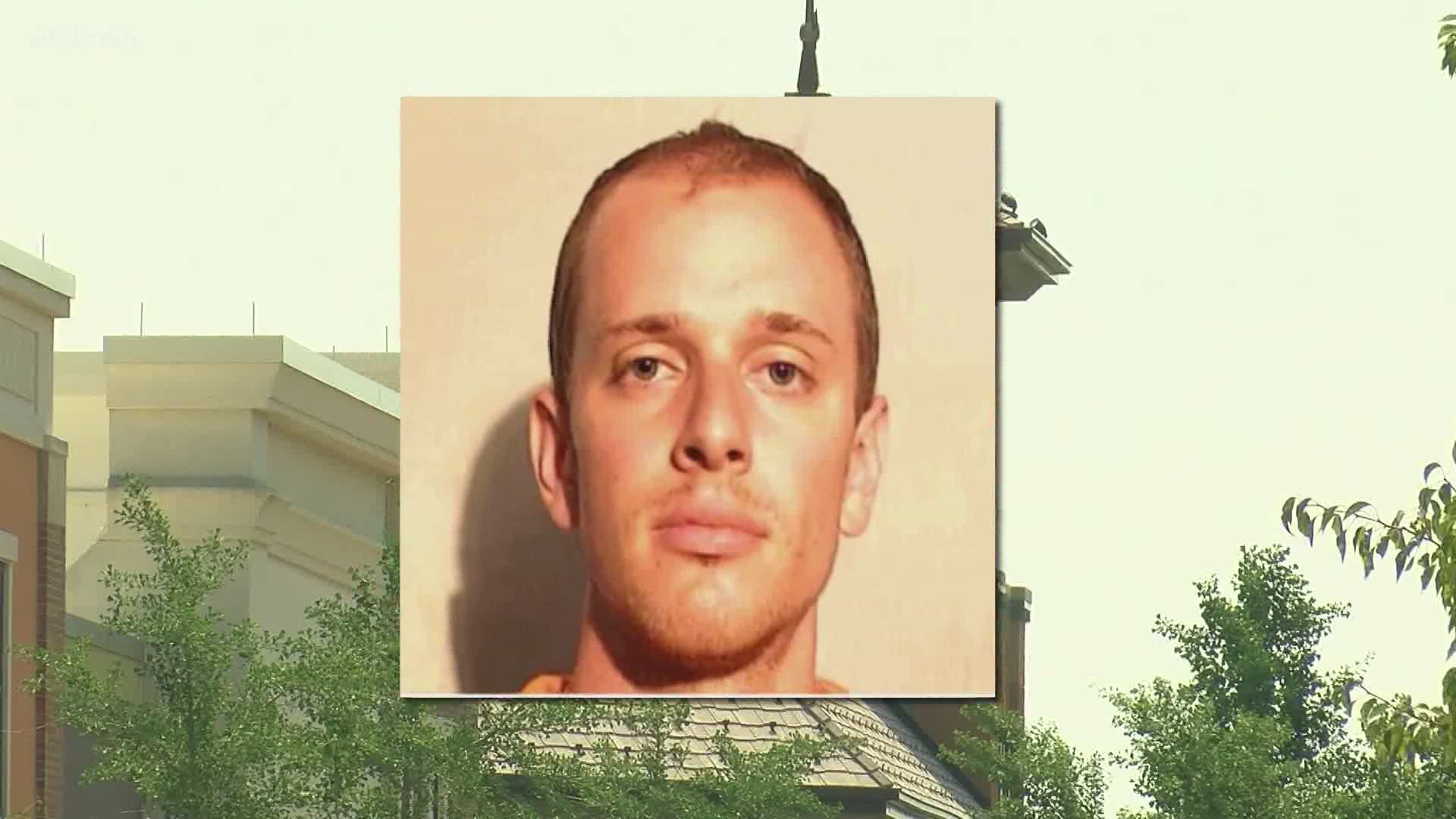 MAUMEE, Ohio — A man was arrested after being accused of placing a recording advice in family bathroom at Fallen Timbers mall.

Police say Taylor Smith placed a video recording device disguised as a pen in a family restroom at the mall.

According to a police report, a manager from Red Robin brought the camera to a mall security after an employee found it in the bathroom.

The security officer realized the pen was a camera and saw there was a USB attached to the pen.

The suspect could be seen placing the camera in the bathroom. Police say the device was also able to capture the undergarments and body of a woman.

Officials believe that was the only video on the device.

After finding the video, police and mall security checked the other restrooms to make sure there were no more camera pens.

Police officers then saw Smith exiting the men's room and go to his vehicle. After some point, Smith got out and went into Dillard's.

Smith was placed into handcuffs and detained in a patrol until for further investigation. Another police officer arrived and identified Smith as the man in the video.

When Smith was questioned again, Smith would not say he was the one who placed the device. However, when police asked him if there were any other devices, Smith said "that was a one-off thing," saying this is the only time he's ever done something like it.

Smith also said he would be willing to give consent for police to search his phone for additional related videos or pictures.

Police also made contact with a woman who matched the description of the female in the video, who confirmed that was her in the video. She also said she was the one who found the pen in the restroom, thinking it was a pen of hers she had dropped from her Red Robin apron.

She told police she would like to press charges for being filmed.

Police filled out a trespass order of five years for Smith and logged his phone into property. Smith was charged with voyeurism and taken to the Lucas County Jail.