LULAC is calling for zero enlistments into the U.S. Army. The Guillen family is asking for a congressional investigation. What did members of congress have to say? 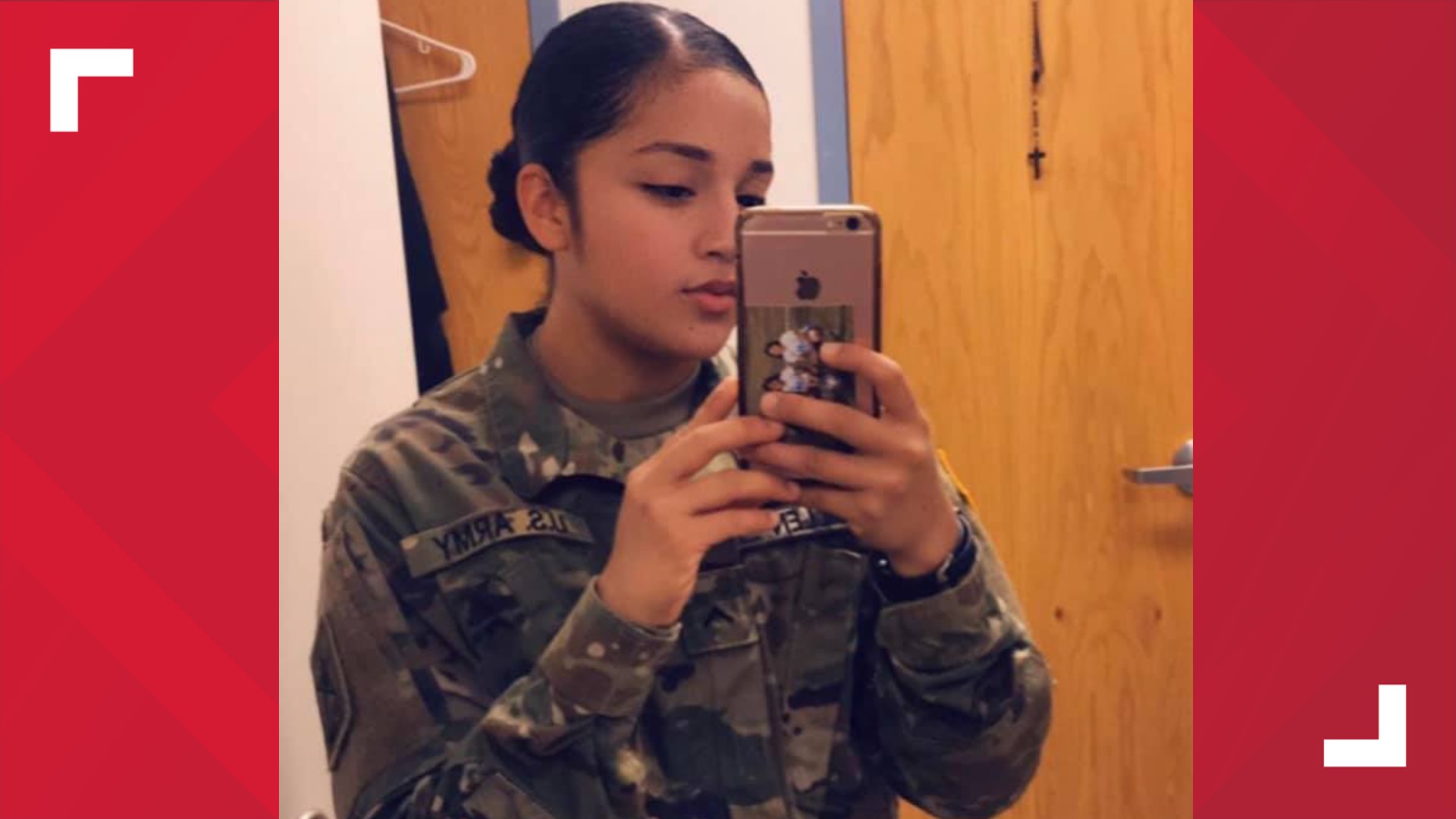 FORT HOOD, Texas — The family of Vanessa Guillen has more questions than answers after Congresswoman Sylvia Garcia traveled with the Guillen family to talk to Fort Hood leadership Wednesday.

Afterward, Guillen's mother passionately pleaded for help and support. She asked Latino families not to enlist in the Army until Guillen is found. LULAC stands behind them.

"Today we join with Vanessa’s mother in urging our nation’s Latino families NOT to encourage, support nor allow their sons and daughters to enlist into the U.S. Army until Vanessa is found and those responsible for her crime are brought to justice," a statement from LULAC's National Office said. "Also, we demand that the officials within CID who have mangled this case be immediately removed and brought up on disciplinary charges for dereliction of duty and leaving a soldier out there somewhere; something our nation does not do,"

LULAC categorized the handling of the Guillen case as "troubling and reckless" and has called for Senators John Cornyn, Ted Cruz and President Trump to, "Seize the moment and show our nation through their leadership that our military truly matters, not just the missiles and tanks, but the men and women who are the shield for America's freedoms."

LULAC vowed to not be silent until Vanessa is brought home. They demanded that every lead is followed until that happens.

6 News reached out to multiple members of Congress representing the Central Texas area Wednesday and asked specifically, "What, if anything, can you do to bring more accountability to Fort Hood to prevent this from happening in the future?"

"I have been in touch with Ft. Hood consistently since Vanessa was announced missing, and my office has several federal constituent cases open to ensure that every effort is being made to find Pfc. Guillen. I’ve also been in contact with Congresswoman Garcia, who represents Vanessa’s family, to offer assistance and support as a representative of Ft. Hood. It’s crucial that no stone goes unturned in the search for Pfc. Guillen."

“My staff and I have received weekly updates since PFC Guillen went missing and we will continue closely communicating with Fort Hood leadership. As the investigation into her disappearance continues, we are willing to provide any and all resources that may be required. My prayers are with the Guillen family and all of those working around the clock to bring one of our nation's heroes home."

A statement provided by the staff of Senator Ted Cruz said the following:

“Yesterday, Fort Hood leadership briefed the Guillén family and Congresswoman Garcia on the investigation into Pfc. Vanessa Guillén’s disappearance, with Senator Cruz’s staff in attendance. We hope we will have answers about what happened soon, and we will continue to provide any assistance we can.”

The office of Senator John Cornyn acknowledged the questions from 6 News but has not yet provided a response.

Natalie Khawam, an attorney who represents the Guillen Family, told 6 News Fort Hood refused to answer many of the family's questions Wednesday and they need help to get to the truth.