Lucas County Sheriff will not seek re-election in 2020

What Sheriff John Tharp plans to do with his time left in office. 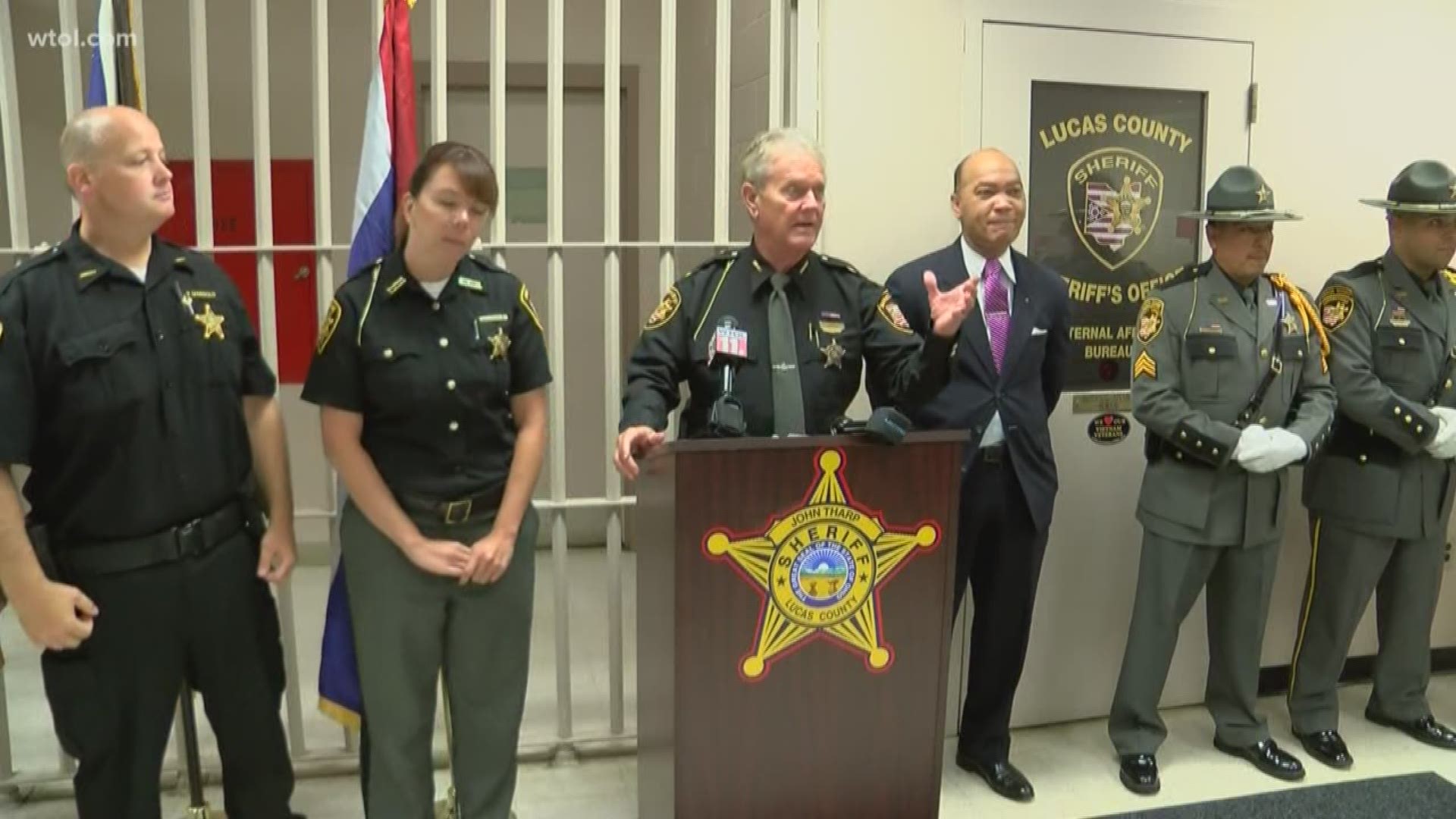 TOLEDO, Ohio — Lucas County Sheriff John Tharp has confirmed that he will not be seeking re-election in 2020.

Sheriff Tharp said the decision was bittersweet, and that he plans to use every day he is in office to work his hardest for Lucas County.

"It's been a great run for my family and I. Lucas County and the city of Toledo have been very good to my family and I and I appreciate that," Tharp said.

While he's still working at the downtown jail, Tharp wants to make the most of his efforts.

On Tuesday, he stepped in for what would have been a clerk's duties, to swear in a class of former correctional officers, who spent their own time and money to become deputies.

The department is still 80 staff members short of where the sheriff wants it to be and he made it a special point to recognize these employees for advancing their careers while still they were all impressively still working for the department full time.

"We went through the police academy on our own time, and it was a long 8 months, and it was hard, it was long hours, but we achieved it, and made it through," one of the graduates, Deputy Chris Bunker said.

Plans for a new jail are still in the planning stages, but in the meantime, the current jail needs to be staffed, and through Tharp's leadership, those career paths can start sooner than ever before.

"It's a huge step for a young person today to be able to come right out of high school, into the workforce with full benefits, with retirement, et cetera, so when we look back on our own careers is that, many of us never had that opportunity," Tharp said.

Between Tharp's time as a police officer with both the Toledo and Lucas County, and as a military veteran, he will have clocked over 50 years of public service.

Following those 50 years, the will-be 72-and-a-half year-old public official said he wants to spend more time with his children and grandchildren who live across the country from Seattle to Nashville and right here in Toledo.

Sheriff Tharp, an elected democrat, said that at this time, he is not endorsing any candidates to be the next sheriff until after the primary election.