Lucas County commissioners said they are frustrated with the Ohio EPA and what they call a lack of transparency with problems in Maumee that led water bills to rise. 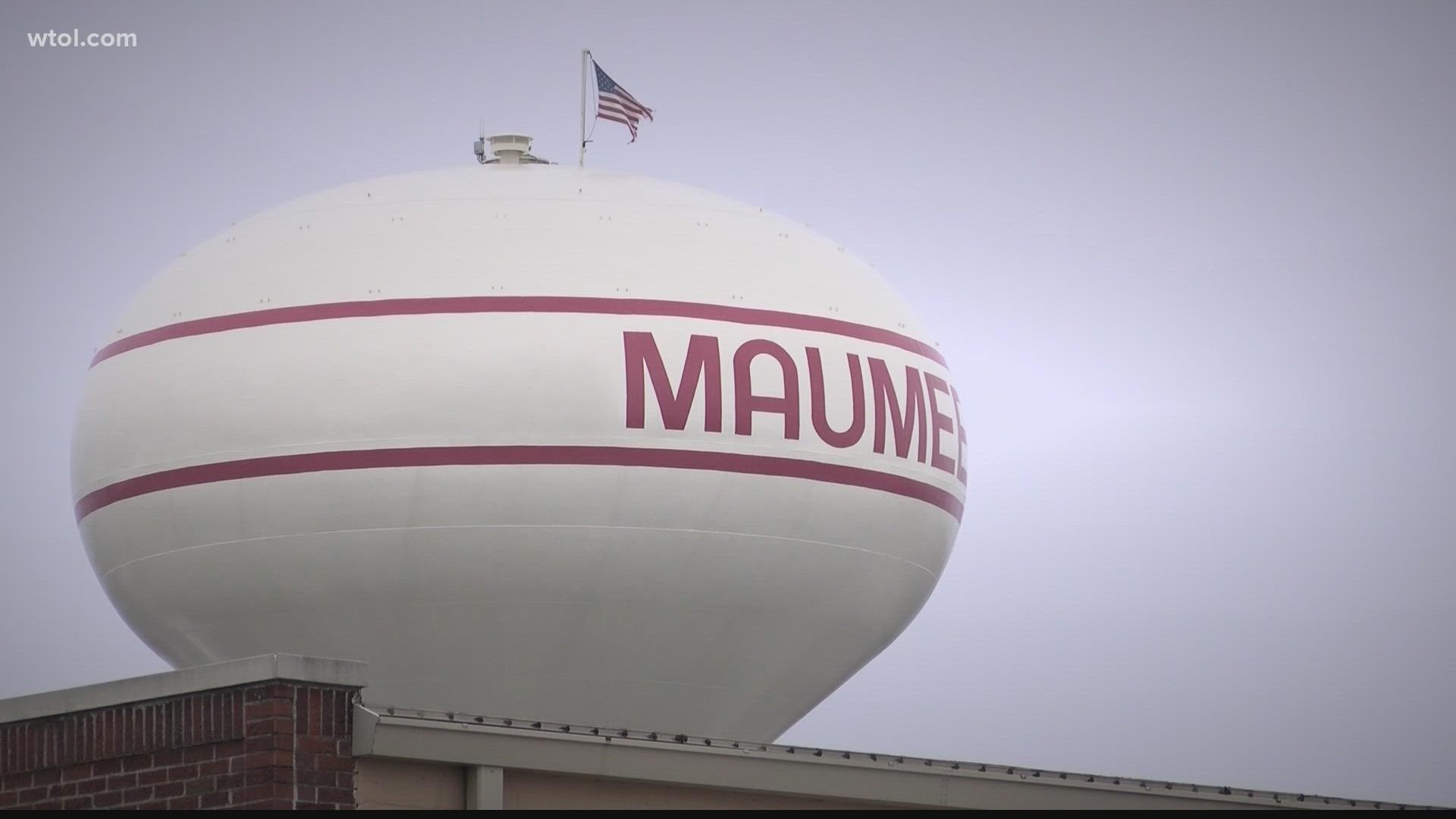 MAUMEE, Ohio — Lucas County commissioners on Wednesday expressed frustration with the Ohio EPA's response to Maumee sewer problems and announced a commission to conduct an audit of sewer discharges by the city of Maumee.

"There are questions that deserve answers," Lucas County Commissioner Pete Gerken said. "We haven't had them yet."

Water rates in the city rose sharply for residents after the city discovered decades of sewage dumping into the Maumee River.

The commissioners said the commission will conduct a review of the history, nature and extent of the city of Maumee’s handling of its storm and sanitary-sewer overflows as well as the city’s dealings with the Ohio Environmental Protection Agency for the remediation plan approved in 1985 to address the city’s discharge of excess pollution and sanitary runoff into the Maumee River through the EPA Findings and Orders agreement of July 21, 2021.

The panel also will look into the circumstances that led the city of Maumee’s unpermitted sewage discharges to go undetected until July 2020, when Maumee officials reported them to the Ohio EPA.

"A $30,000 fine for a 30-year occurrence makes no sense to anybody," Gerken added. "The culpability is not only with - if there's culpability - it has to be questioned what is the Ohio EPA's role."

WTOL 11 reached out to the Ohio EPA for comment. Officials responded with the following statement:

"While we were not at today’s press conference, we can tell you that in July 2020, the city of Maumee first informed Ohio EPA that during some storm events, the city discharged untreated sewage from its sewage collection system into the Maumee River. Ohio EPA immediately began discussions with the city, and also pursued an enforcement case. This led to Ohio EPA findings and orders that require the city to take short- and long-term actions to stop the overflows of sewage into the river. We are closely monitoring the city's compliance to those orders."

Maumee Mayor Richard Carr and the city administration said they plan to cooperate with the audit.

The commissioners noted this is not a criminal process, but a public process.

“The lack of inquiry into the nearly 35-year-old unreported overflow discharges into the Maumee River deserves a much deeper investigation than what Maumee has provided,” Gerken said.

“While other communities, such as Toledo, have stepped forward to acknowledge and correct overflow discharges with honesty and transparency, Maumee has allowed the efforts of other communities to be diluted with their unreported storm and sanitary-sewer overflows into the Maumee River. The Commission will make a serious attempt to provide the community with the truth.”

Commissioner Gary Byers said this isn't a time to point fingers and blame at each other, but rather to find out what happened make sure it never happens again.

"We can't go back and solve what's happened but we can make sure it doesn't happen going forward," he said.

Gerken also stressed this has damaged the entire area's reputation for transparency on these matters. He serves on the state's county water quality task force for county commissioners and says they've been preaching for years that agricultural runoff was the biggest issue. But at recent meetings, when manure has been mentioned, critics are responding with reference to Maumee.

He says they now have to get that credibility back.

'MULTIPLE LEVELS TO THIS'

In July, Carr confirmed to WTOL 11 that the situation - which involved the illegal discharge of millions of gallons of sewage and other untreated water into the Maumee River - had just come to the attention of city officials, despite it happening for decades. Carr said in July the city immediately reported it to the Ohio Environmental Protection Agency.

The sewage problem was to be fixed in 1996 when the city reported to the EPA that it had separated all of its sewer and water lines. Carr contends the project was never finished and multiple former city employees looked the other way for almost 25 years.

Credit: WTOL 11
Maumee Mayor Richard Carr said that Human Resources Commissioner Susan Noble, whom he recommended for pay increases, helped the city slash its bill for worker’s compensation attorneys to almost nothing, and she also created an employee handbook.

Carr said the employees in question all retired in 2019 and 2020. City Administrator Patrick Burtch was hired in 2020 and according to Carr, discovered the issue immediately.

AGREEMENT TO DISCHARGE SEWAGE IN THE MAUMEE RIVER

The Ohio EPA has an agreement with the city of Maumee to allow up to 25 million gallons of sanitary sewer discharge annually. Every time a discharge occurs, the city is required to notify the EPA.

For almost 20 years, the city of Maumee has greatly exceeded that approved level of untreated discharge. Workers from the Department of Public Service Sewer Division, who are responsible for tracking sewer discharge levels, failed to self-report the annual sanitary sewer overflow incidences as required by law, according to former city law director David Busick back in July. Busick resigned effective Oct. 15.

According to some estimates, as much as 150 million gallons of untreated water may have been discharged each year into the river without ever being reported to the EPA, according to one city official with knowledge of the situation.

Maumee City Council approved an action plan with required mandated maintenance upgrades and infrastructure replacement guidelines. The plan could cost upward of $100 million and take up to 20 years to complete.

In the meantime, water rates were expected to more than double for Maumee residents for the next five years.

Carr and City Administrator Patrick Burtch intended to apply for the new Ohio Water and Wastewater Infrastructure Grant Program, which was announced by Gov. Mike DeWine. The $250 million in the program comes from the $1.9 trillion American Rescue Plan passed earlier this year by Congress and signed into law by President Joe Biden in March.

The city also must pay an Ohio EPA fine of $29,936, which can be applied to remediation steps.

The EPA issued a Director's Final Findings and Orders report, which both sides signed in July. The report states Maumee has already taken action to correct the wastewater issue, including:

Unfortunately, consumers are bearing the brunt of those higher costs, as water and sewer rates have increased and are expected to climb 60-64% over the next five years.

While a majority of the additional costs are the result of new EPA mandates, the 2019 regional water agreement with Toledo is also adding to the increases.

WHO IS ON THE COMMISSION?

Joining Byers on the commission are:

The Lucas County commissioners said the commission will focus on: