David Ramos knew something was wrong, and asked his supervisor to call 911. Thanks to their efforts, Rikk Mayr survived his bout with COVID-19. 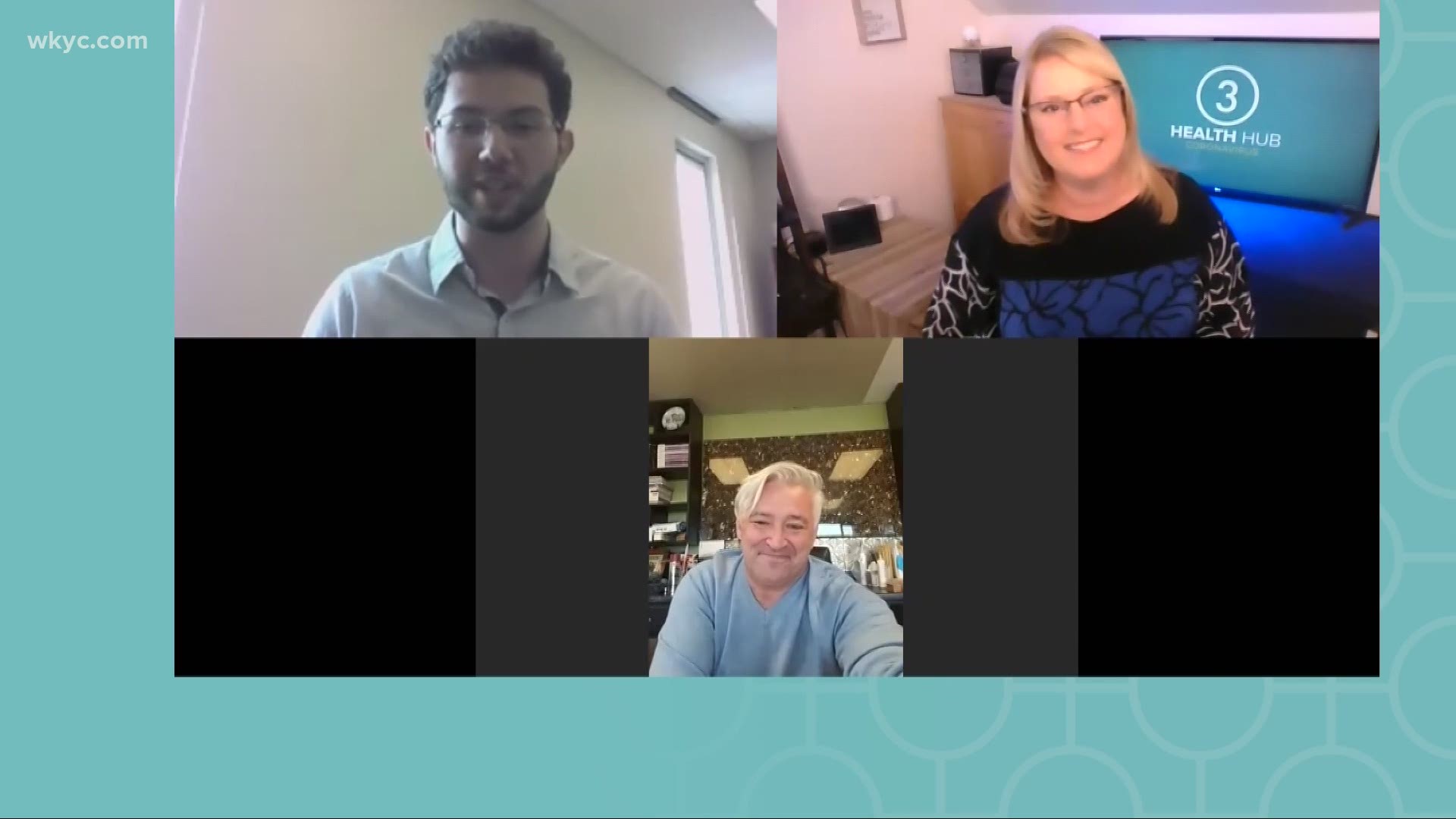 ELYRIA, Ohio — It started with a phone call.

David Ramos is a contact tracer with Lorain County Public Health, and calls Lorain county residents recently diagnosed with COVID-19 to start contact tracing and help limit exposure to the virus. But when he called Rikk Mayr, something went wrong.

"He randomly just stopped talking." Ramos remembered. "The phone was still on, but there was no Rikk."

Ramos, who just turned 21 and is still in college, knew Mayr needed help and told his supervisor, who called 911. Rikk spent six days in the hospital battling the coronavirus, and after being released left a voicemail for the people who saved his life to say thank you.

On Tuesday, it was time for a reunion, as David and Rikk finally met via Zoom.

"I just want to say again, thank you so much," Mayer told Ramos. "Thank you for your response, for your sensitivity."

Contact tracing isn't always easy, as some patients don't want to participate. Just by being willing to talk to Ramos, Mayr was able to eventually get the medical attention he needed.

"10% of people give us a hard time," Lorain County Health Commissioner Dave Covell said. "90% are great, but it was nice to hear how we impacted someone's life."

It was even more of a blessing for Mayr than health workers first realized, as three weeks after the fateful call he proposed to his girlfriend (she said yes). Ramos was certainly grateful to play a role.

"We're just trying to do our best to help as many people as we can," he told Rikk. "You're like a ray of sunshine."