It's a project that's been in the works for years and it's expected to benefit the community in several ways. 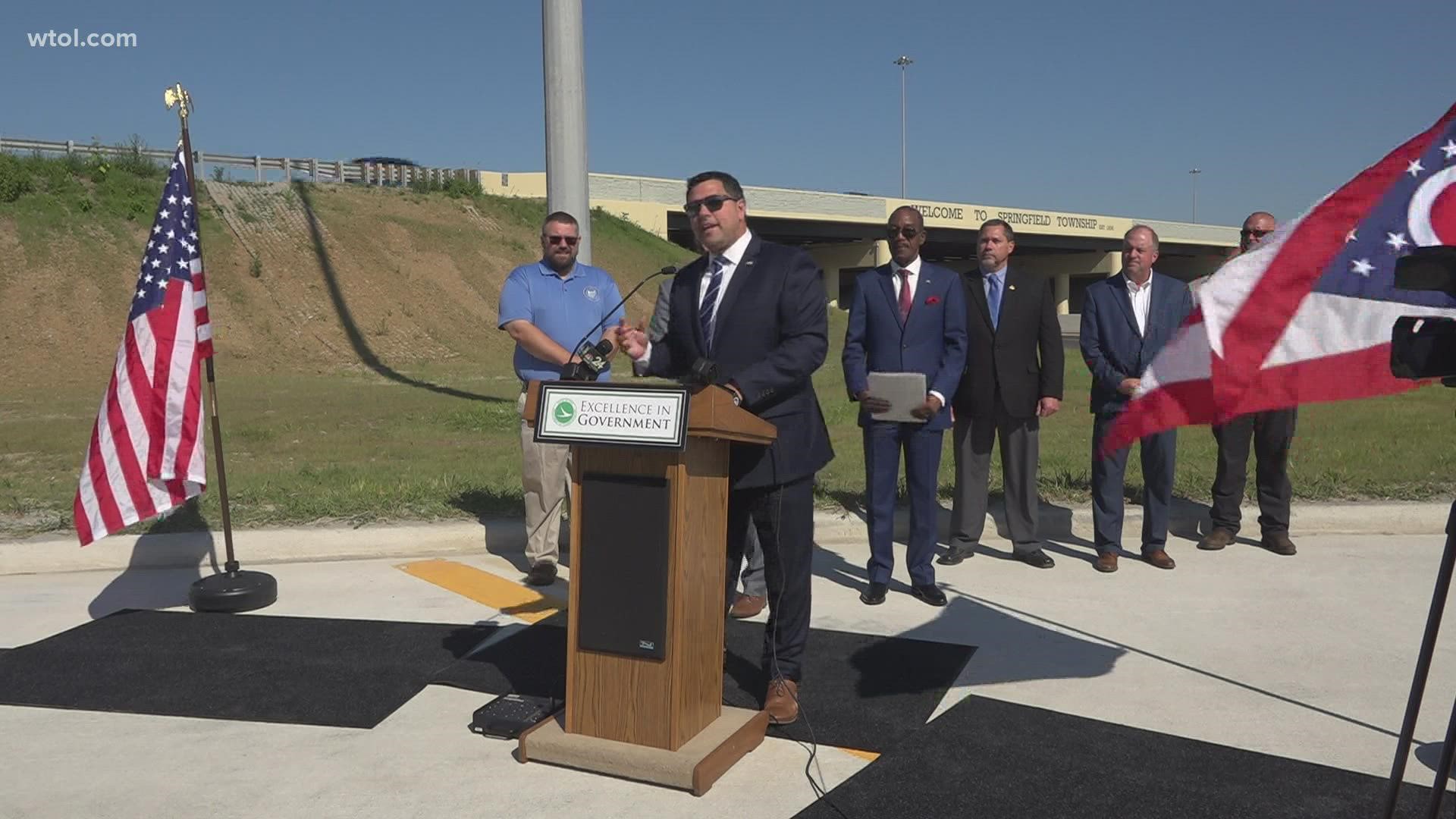 TOLEDO, Ohio — It's a project that's been in the works for years and it's expected to benefit the community in several ways.

Now, the Dorr Street interchange is giving drivers a place to exit the freeway between Central Avenue and Airport Highway.

"This and future projects on I-475 will continue to enhance and grow the prosperity of northwest Ohio," said Ohio Department of Transportation Director Jack Marchbanks.

For years, Dorr Street - and all the business on it - weren't easily accessible because there wasn't an exit from I-475.

This project is also expected to help relieve congestion and improve convenience in the area saving drivers both time and money.

Husted says this project is also unique because it had to be timed correctly and finished before the Solheim Cup which starts at the beginning of September.

"Infrastructure is a big deal for job creation, new business investment, for big events like the Solheim Cup, access to the university, and I wanted to be here to celebrate this," Husted said.

He believes the interchange is a big part of the economic growth for Lucas County and northwest Ohio.

People who live in the area are excited about the project being done, too.

ODOT officials say this will be better for the area.

Christene Williamson lives a few minutes from the interchange and says she is already taking advantage of the roundabouts. She is a nanny in the area and drives hundreds of miles per week taking the kids to various locations.

She says the project opening changes everything for her.

"As soon as this opens it's going to be immeasurable. The time, the gas money, being able to get right on the highway instead of stopping and starting in town. It's going to impact my life greatly," Williamson said.

She says by having this interchange open, she expects to save about 200 miles per week.