The local juke joint has had Aretha Franklin, Styx and Elvis Presley grace its stage. 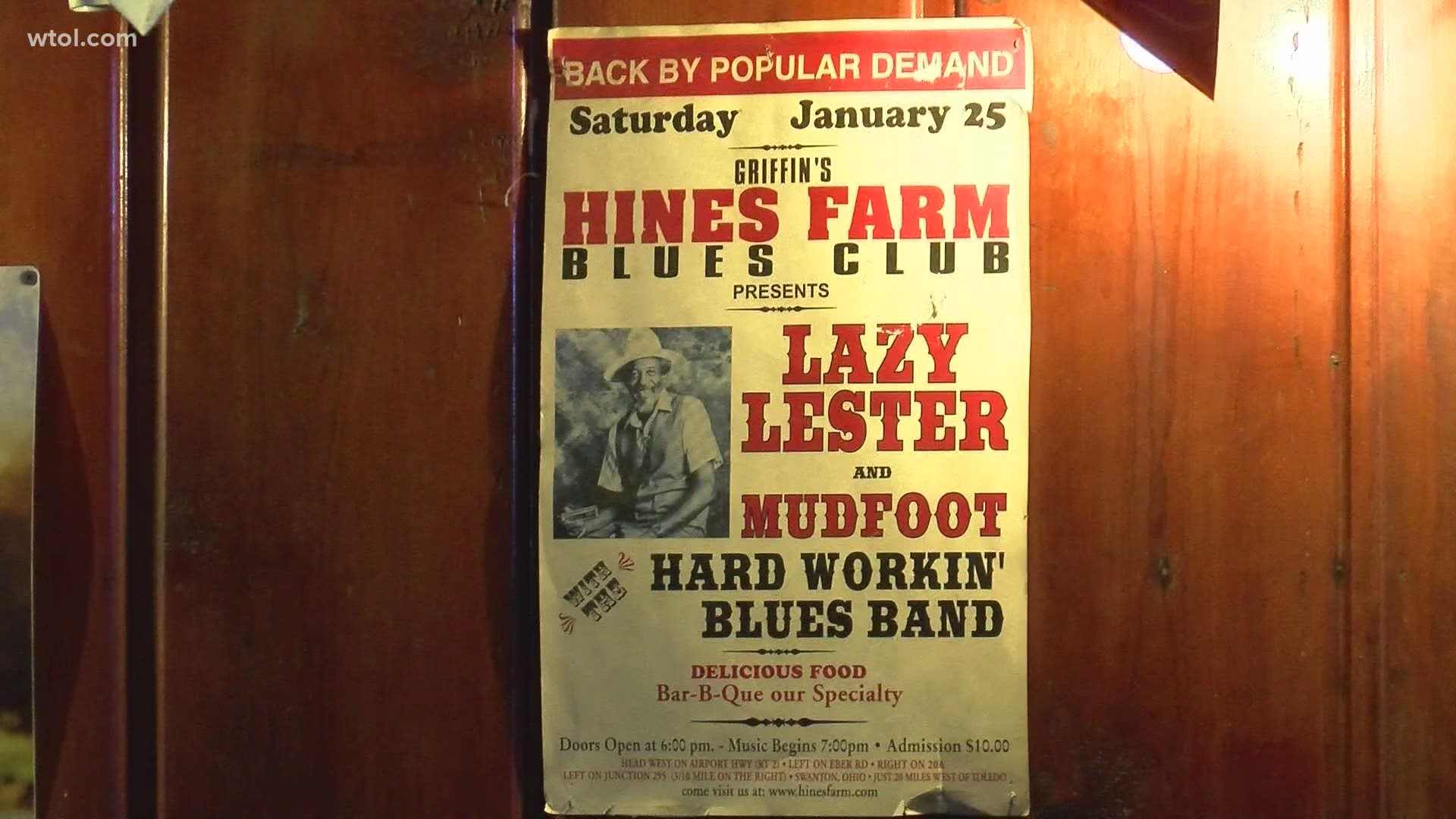 SWANTON, Ohio — What do Aretha Franklin, Elvis Presley and Styx have in common?

The answer lies in the heart of Swanton, Ohio at a club legendary to blues lovers, but still unknown to so many.

"As a blues musician, you just sometimes close your eyes and just feel the legendary vibe of the place," Black Ice band leader Art Schlosser said.

Owner Steve Coleman inherited the business from his father Henry Griffin. He wants to share its 90 years of culture with a new generation.

"I want people to discover this place, I want them to discover that right in their own backyard there's a lot of history. A lot of great people have played here, this is a true live music venue," Coleman said.

Griffin Hines Farm sits on 40 acres, so the biggest events happen when it's warm.

The outdoor stage and "juke joint" are what's drawn the biggest names in music since the 1930s.

Coleman, a former doctor, dropped everything to take it over after his dad died.

"He's the closest family member I have so this is my legacy too and this is the most important thing to me," Coleman said. "My job is to preserve what my dad had there, until I'm no longer and maybe one of my children takes over."

It's that emotion tied with history and the passion of local musicians that keep Griffin Hines Farm running with six days of music per week.

"It's just such a legendary place and there's just so few in the country that are left," Schlosser said.