Scientists collected samples from 175 different locations in the Western Basin. 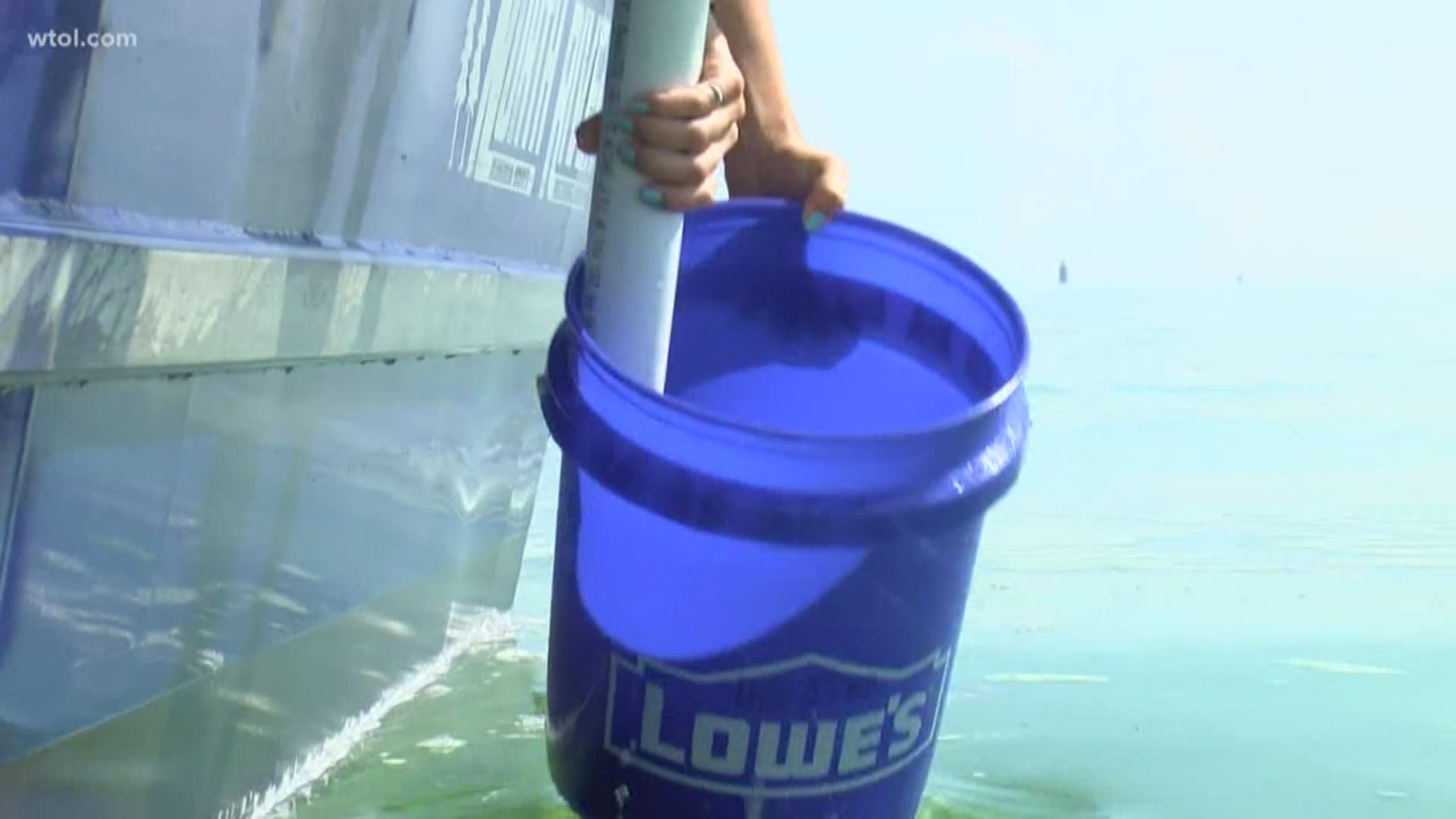 TOLEDO, Ohio — One of the biggest algal bloom on record is continuing to grow in Lake Erie.

On Wednesday, nine different organizations joined forces to get a clearer image on what makes blooms like this one toxic. The event — called the HABs grab — was a chance to collect a massive amount of water samples from the Western Basin of Lake Erie all in one day. This year's event was the largest yet, as nine organizations and partners in Canada collected algal water samples from 175 separate locations.

The event was funded through NOAA's ECOHAB research program.

A crew from the University of Toledo's Lake Erie Center were assigned 25 of the locations that were in the densest of the algal bloom in and around Maumee Bay. They also did some preliminary on-site testing and measured the lake water turbidity.

The data collected on Wednesday will be cross referenced with satellite imagery to hopefully help scientists begin to unravel what conditions go into making blooms more or less toxic.

"So, right now we can predict how big the bloom is going to get, but we're not very good at predicting how toxic it's going to become or what caused the bloom to become toxic. And that's what this high resolution picture help us do,"  Director of the University of Toledo Lake Erie Center Dr. Thomas Bridgeman said.

Technically, Wednesday was the easy part. Now, the hard work begins in the lab.