It's not a typical sight, Taco Bell, a drive-thru and a horse. 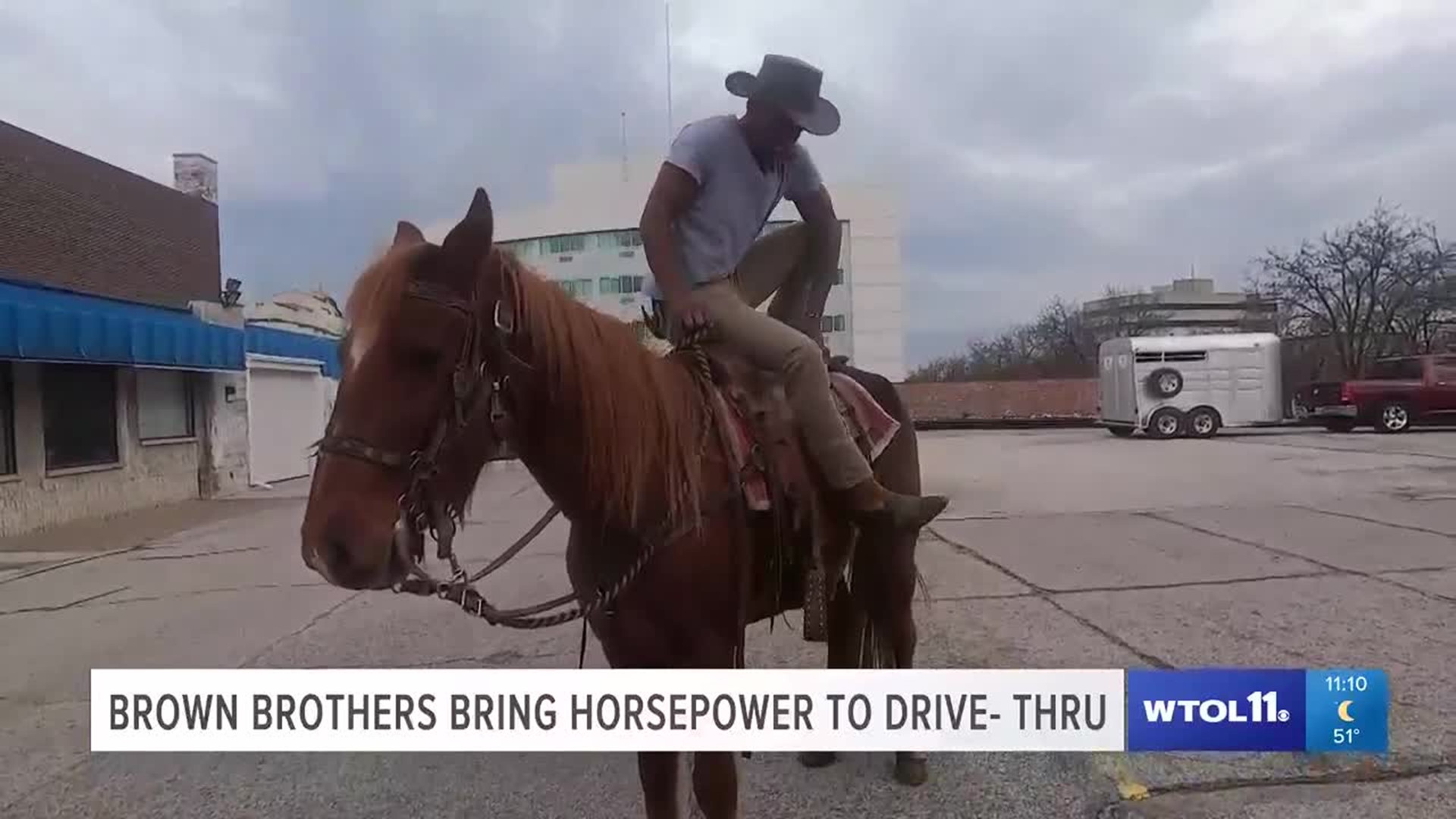 It’s not what he ordered that’s strange though, it’s how he ordered it... on his horse.

It’s not a typical sight, Taco Bell, a drive-thru and a horse.

“This day we just decided to take a ride,” said Carlton Brown, a brother featured in the video. “And about an hour in we were like hey, I’m hungry let’s go get some food.”

The Brown brothers spur of the moment horsepower at the Dorr Street Taco Bell drive-thru earned them some extra attention.

"I feel like they thought we were just kids walking up to the machine, so they didn't want to give us food at first,” said Carlton. “But then they looked out the window and they were like wait!"

Sure enough Carlton and Christopher got their food and kept riding near the University of Toledo. They say rides in the city help them to train their horses for the numerous parades and parties they participate in.

Jitterbug is the star of the video. He’s the Brown’s oldest horse and even knows a few tricks.

"Jitterbug is the calmest horse you'll ever meet,” explained Brown. “He is disciplined, he loves people, he'll come up to you, you can feed him, actually he'll let you stand on his saddle."

The Brown brothers started riding horses with their dad when they were kids and quickly they began to love it so much so that they’ll ride their horses anywhere.

"Some people like to ride bikes and we ride horses," joked Carlton.

While the brothers were horsing around with the video being viewed on social media, the mission and purpose of the Toledo Horsemen Club that they belong to is no joke.

“It’s just good to show that there’s more than just what you see in front of you, that you can always branch out and do other things,” said Carlton Brown, the newest member of the Toledo Horseman Club. “You can always pick up a new hobby and you can make someone’s day by simply showing them a horse.”

The Toledo Horsemen Club seeks to give back to the city and provide joy with their horses. They walk in parades, attend events and even show up at parties with their well-trained horses.

Carlton said video’s like this are just the beginning of raising awareness for them.

Carlton and Christopher have been getting a lot of feedback about their Taco Bell visit and they want to keep bringing joy and surprises with a YouTube channel in the future.

"It's fun to see how people react to something so outrageous as this,” said Carlton. “It's great."Despite those who may be neigh-sayers, Carlton says they won't be reining in their antics any time soon.