As the Browns and Buckeyes play their biggest games in years, bar owners will have to shut down halfway through the games because of the curfew. 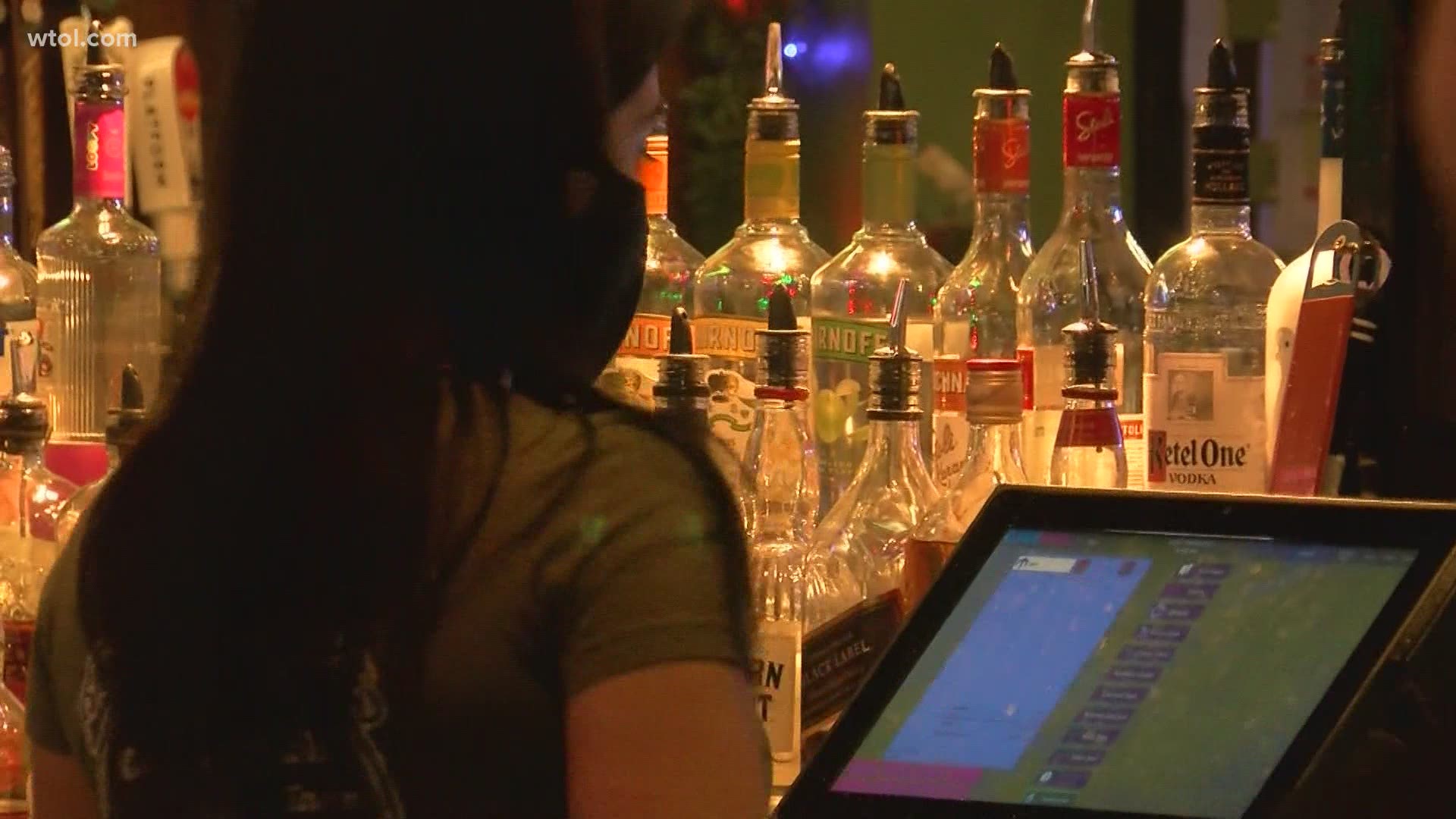 BOWLING GREEN, Ohio — Bars and restaurants are frustrated with the statewide COVID-19 curfew as the Cleveland Browns and Ohio State Buckeyes prepare for their biggest games of the year.

In fact - some bars want Governor Mike DeWine to grant a curfew exemption for them - just for the games, as they hope to cash in on the popular games after a tough 2020.

"Nothing, as far as our business procedure changes because it's 10 clock," said Campus Quarters bar owner Lauren Kostelnik.

Browns fans at local bars are excited to watch the team's first playoff game in more than a decade.

"I don't know that I can express how much excitement there is just to be there," added Kostelnik.

There's just one problem. Kickoff is at 8 p.m. and Ohio's statewide COVID curfew mandates that bars and restaurants close at 10 p.m.

"We'll have fun up until we can't," said Backers on the Bay leader Zach Nuvahchek. "I mean the halftime for a game that starts at 8:15 will be just about the time we all have to go."

Nuvahchek runs the Oregon chapter of the official Browns Backer club. He says they reached out to the governor's office to see about an exception to the curfew for the game.

"Buckeyes playing Monday and Browns playing on Sunday. Maybe he'll relax it for a few nights but even when I was hoping it'd happen I knew better," said Nuvahchek.

Kostelnik also runs the Bowling Green chapter of the Browns Backers at her bar.

"For a Browns game, we're going to have the same people at the bar whether it's one clock in the afternoon or eight o' clock at night," she said.

Campus Quarters is a sports and Browns Backer bar in Bowling Green. Kostelnik says she follows all of the COVID safety guidelines and even has a reservation system to keep people even safer. But the curfew is taking its toll on her bottom line.

"It's costing us a lot of potential money," she said. "Not just for the Browns games but for the other playoff games as well."

All eyes will be on the Browns on Sunday night, whether they're seated at the bar or not.

"As crazy as 2020 was, it's almost like the perfect time for the Browns to be doing it. It just makes sense for them," she said.

Nuvahchek is hopeful if things get better, they'll be able to watch games late at the bar soon.

"If the Browns make it to the Super Bowl I would hope we could roll back the curfew for one night," he said.

Coverage for Browns-Steelers game starts at 8 p.m. with kickoff at 8:15 p.m.

The Ohio State game is slated to start at 8 p.m. on Monday.

RELATED: Buckeyes' Sermon breaks out ahead of national title game