The siblings from Fulton County impressed judges on 'The Voice' and are now working with Kelly Clarkson. 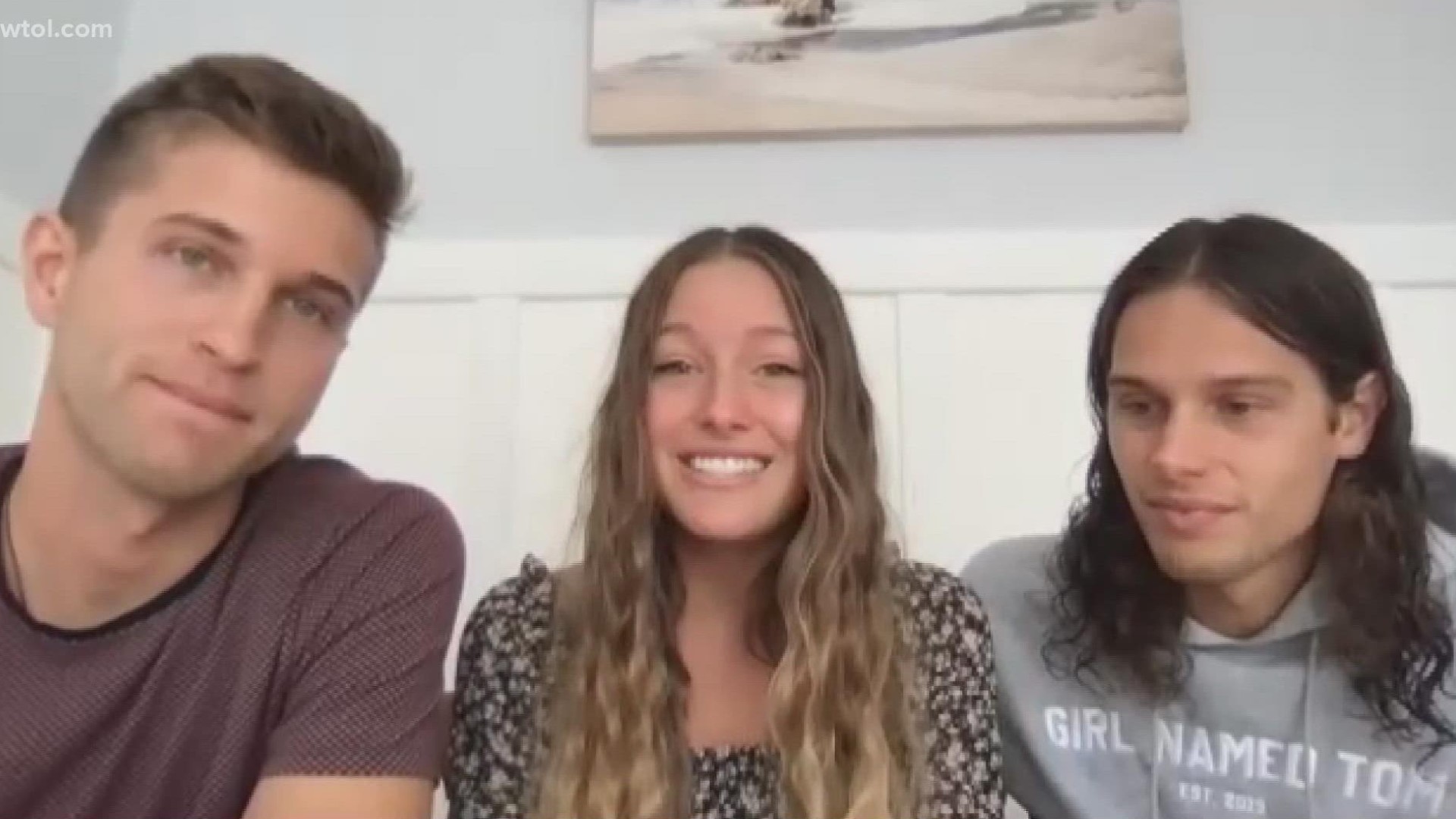 PETTISVILLE, Ohio — A northwest Ohio band is competing in the national spotlight.

Girl Named Tom is a sibling trio from Pettisville. The Liechty family grew up in the small Fulton County town. Brothers Caleb and Joshua say their sister, Bekah Grace, had dreams of appearing on a talent signing show.

The dream started to come true when a former vocal coach emailed the group in January to alert them to auditions for "The Voice."

"She kind of begged us for a few minutes and since it was so noncommittal, all we had to do was just sing in front of a computer screen for 45 seconds. We didn't have to stand in any long lines or anything like that to audition," says Joshua.

The trio did the virtual audition and recruiters asked for more samples. The group sent in more videos and then got the go-ahead to fly out to Los Angeles to audition in person.

Girl Named Tom performed in front of the judges on "The Voice" in the blind auditions round, going on stage with the judges' backs facing them.

Almost immediately, Kelly Clarkson and John Legend turned their chairs around. Blake Shelton and Ariana Grande did so moments later.

"To hear their feedback from the coaches was incredible. They're all such different artists in their own way," Bekah Grace says, "The fact that each of those different artists heard something they liked about what we're bringing to the stage was really inspiring to us and made us feel like we're doing something special."

They opted to work with coach Kelly Clarkson. The siblings say their success means so much to northwest Ohio and their hometown of Pettisville.

"Pettisville is not even on the map. So the fact that we're small-town kids and made it all the way to LA, I think people are really excited we've made it so far. We're so grateful for the support. Those people raised us and we feel like, we just love to make them proud," explains Bekah Grace.

The judges also appreciated the unique name and the story behind it.

Caleb told WTOL 11 that Joshua called his sister "Thomas" when they were younger.

"Coming up with a band name is really difficult to do. We all had different preferences and we didn't know what our musical style was exactly going to be," Caleb explains. "This name came from a childhood nickname that Josh gave to Bekah when she was a baby. We didn't know if he wanted a brother, or what, but he called her 'Thomas' when she was a real small infant girl."

Head to the Girl Named Tom website for more information on live performances, music and to learn more about the band.