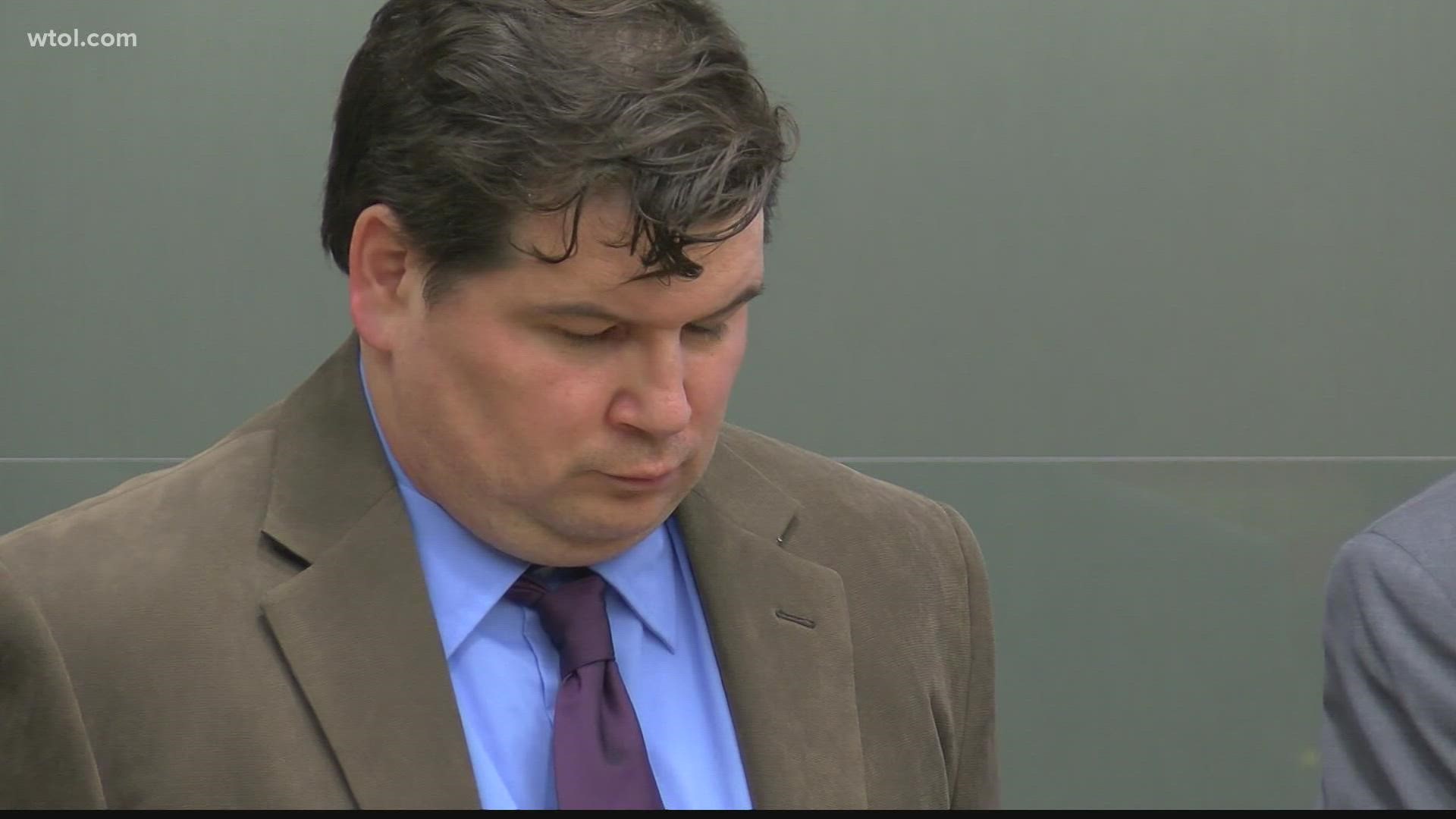 Stevens was indicted in December 2019 and faced 32 felony charges, including multiple counts of rape, sexual battery and gross sexual imposition. Prosecutors said the crimes occurred between August 2017 and November 2019 and involved at least six teenage boys. Most were Ottawa Hills students at the time of the acts. All of the alleged victims were friends of Stevens' son who would come over for sleepovers.

Get up to speed with the case information below and see what each day in court brings with daily briefings from the WTOL 11 news team:

Stevens has been found guilty on all six counts of rape. He was acquitted on one charge of gross sexual imposition and found guilty on the remaining 31 charges. He will be sentenced Oct. 12.

"The trial of Donnie Stevens has been emotional for our close-knit community. The abuse, as described during the trial, was shocking and heartbreaking for all those affected. As a district, we sympathize with all that the victims and their families have been through. We hope the guilty verdict provides some closure for those involved and allows the process of healing to begin as they look to the future."

Miller declined to make a personal comment, saying he will let the district speak.

The jury has reached a verdict and Stevens is in the courtroom. WTOL 11 will be live streaming as the verdict is read.

BREAKING NEWS: it has been confirmed the jury has reached a verdict in the trial of Ronald Stevens

The jury is still in deliberations. A verdict could be reached as soon as today.

The jury is now deliberating.

Trial of Ronald Stevens Day 7: jury is currently in deliberation. While it’s unknown how long they will take, a verdict could come as early as this afternoon.

Closing arguments are being heard.

Trial of Ronald Stevens Day 7: from the prosecution’s closing statement: [there is] a picture of grooming and abuse that is consistent in everyone’s testimony…”

The trial of Ronald Stevens Day 7: Prosecution has begun its closing remarks to the jury. “All of this boils down to whether you believe the victims or not.”

The defense rested its case just before 2 p.m. Closing arguments will be heard on Wednesday.

Trial of Ronald Stevens day 6: The Defense has rested. The judge is currently giving out jury instructions and we will soon hear final statements from the attorneys

Stevens told prosecutors the victims made up their allegations. He said he raised them like his own sons and helped them build cars and took them to the gym.

The trial resumed this morning and Stevens is set to take the stand.

Trial of Ronald Stevens Day 6: Stevens himself is testifying today; as the defense examines him, Stevens portrays himself as a hard-working father and community member who has been misrepresented by the very kids he helped raise.

Trial of Ronald Stevens day 5: The prosecution played a recording of a phone call between Stevens and his wife in which they both speak in a numbers-based code; at the end of the call they say they would burn the cyphers and wouldn’t disclose it’s meaning even under torture

Trial of Ronald Stevens day 5: Prosecution had an Ottawa Hills Detective Sergeant take the witness stand, revealing that during a search of Steven’s home, DNA matching one of the alleged victims was found on a sex toy in a closet in Stevens’ bedroom

Court adjourned for the day around 11:30 a.m. after just one witness was called. The trial resumes Monday at 8:30 a.m.

Day four of the Ronald “Donnie” Stevens case: the prosecution has brought in an expert in child abuse disclosure to testify why children, especially young boys, might have a delayed response coming forward after being victims of sexual abuse

All of the alleged victims were friends of Stevens' son who would come over for sleepovers.

In their horrifying testimonies each of the witnesses described a history of molestation, specifically in the summer and fall of 2019-going into their 8th-grade year when, according to the alleged victims, Stevens repeatedly molested them before bed in his basement. One described Stevens as "a monster."

The following is a portion of an exchange between one of the alleged victims and the prosecutor on Thursday:

"When he was doing that to you, how did it make you feel?" asked the prosecutor.

"Uh scared, I didn't really know what to do about it," said the victim.

"Did you ever tell him to stop?"

"I didn't know what would happen if I did."

"Were you afraid of what would happen if you did?"

"Were you afraid no one would believe you?"

In their testimonies, the alleged victims said their relationship with Stevens didn't start out as abusive. They described Stevens as a father figure; taking them to sporting events, working out with them, and being someone in whom they could confide.

Later, they said, Stevens started taking advantage of that trust and began abusing them.

"Before baseball games - he was my baseball coach - he kind of stretched me out, which I thought was weird but I did it. And then I think when I would get in bed he would kind of like - put his hands on my legs and slowly kind of work his hands around and kind of like massage me," one of the alleged victims recounted.

Also in their testimonies, multiple teens claimed that Stevens coerced nude pictures from them over Snapchat. On Thursday, the prosecution said that when the police recovered his phone and went through Stevens' deleted search history, one of his searches contained the phrase, "can Snapchat recover old files if they have a warrant?"

A day earlier, on the second day of witness testimonies, four more people took the stand.

The first was an ex-girlfriend of one of the victims. She said Stevens was practically a father figure to the victim, always checking in on him and wondering where he was.

"Sometimes I know Donnie would want him to stop by his house after we were done hanging out or see him or go out and drive and things like that," said the ex-girlfriend.

The witness went on to recall a time the victim got home after being in the hospital for some time. She said he wasn't quite himself and was acting odd any time Stevens came up in conversation.

"He kept hinting that there was something he wanted to talk about where that was concerned, and a couple weeks later he did sit me down and let me know through a note that Donnie is the reason that he went, and he had been sexually abusing him," she said.

A second witness with the Ohio Bureau of Criminal Investigation testified to being the lab personnel who looked at DNA samples from evidence in the case.

A third witness, the director of Technology and Operations at Ottawa Hills Local Schools, discussed the blackout film Stevens put over his office windows so no one could see through.

The employee was asked, "If a teacher or administrator were to walk by and something illegal was going on they would not be able to see it?" and confirmed that, "No, no one could see."

The fourth witness, an investigator with the Lucas County Prosecutors Office, shared video of Stevens and an alleged victim's encounter during school.

"At 1:30 he's speaking to someone inside the room then traveling on east to someone in the transition hallway," the investigator said. 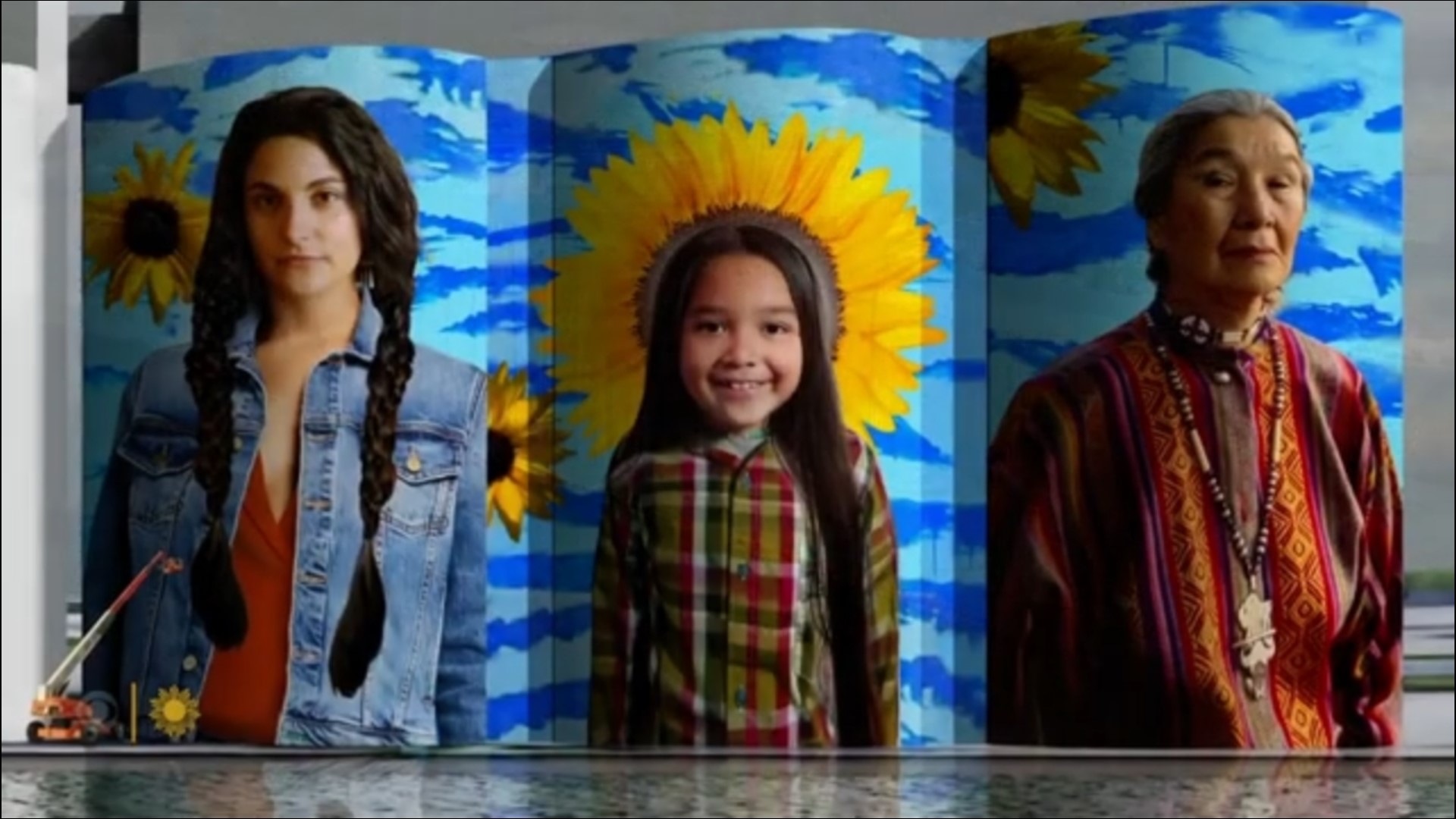