Despite the curfew being off the table, bars can still be cited for breaking other COVID-19 regulations. 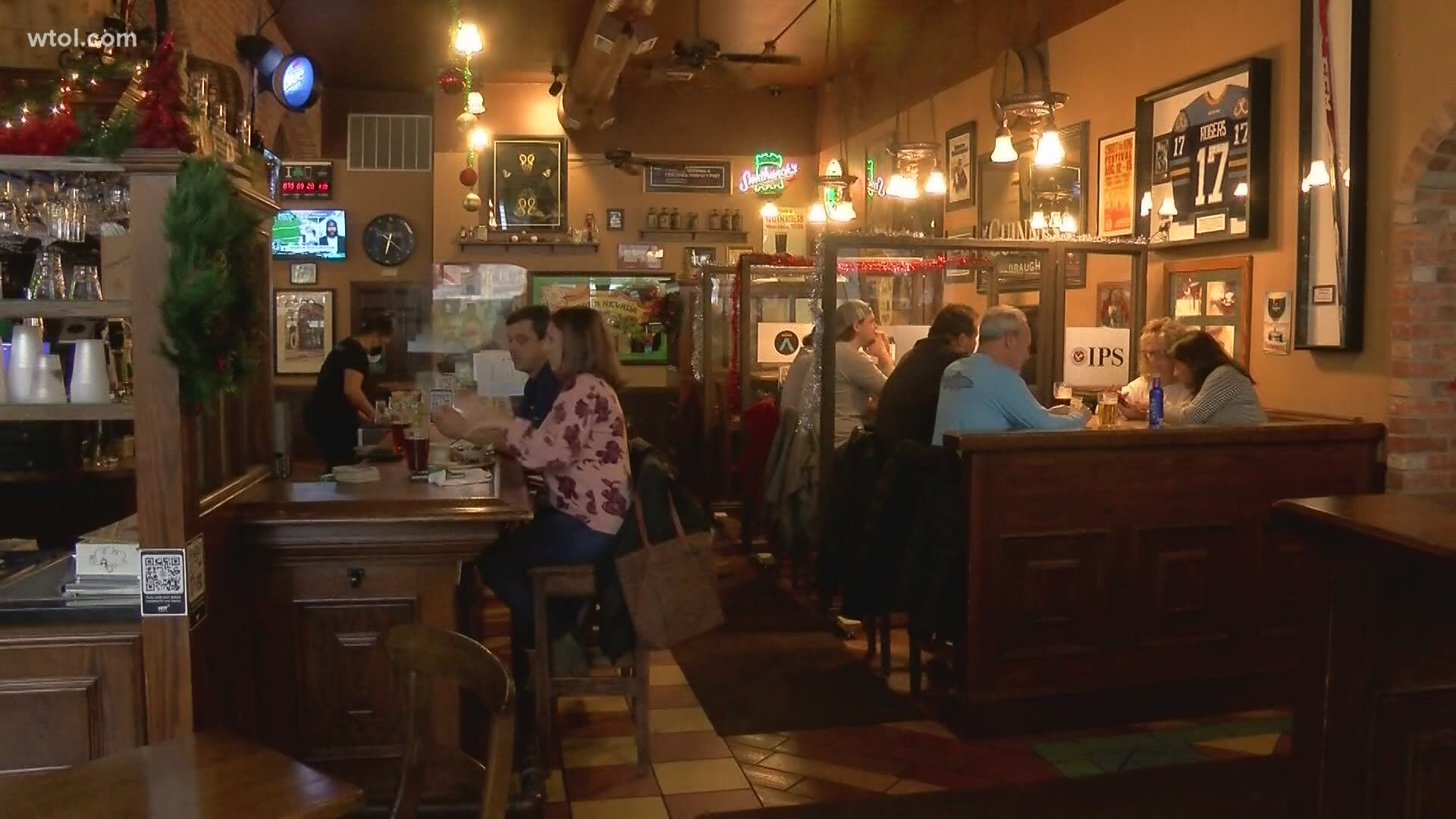 TOLEDO, Ohio — While Ohio bars and restaurants are still not allowed to operate at full capacity, they no longer have to close hours earlier than they normally would.

"There's still some problems out there, but I can't say it's really increased or decreased since lifting of the curfew. (It) doesn't really change what we do, it just kind of takes it off of our checklist," OIU Enforcement Commander Eric Wolf said.

Despite the curfew being off the table, bars can still be cited for breaking other COVID-19 regulations. Over the weekend, Chevy's Place in downtown Toledo was cited when agents observed about 100 people not properly distanced.

However, Wolf said these types of violations are few and far between, especially because some bar owners are still choosing to operate under restricted hours.

The curfew could be re-instated if COVID-19 hospitalization numbers spike again; but over the past two weeks, numbers continued on a downward trend.