The owner of the downtown Toledo cafe, Susan Herhold, said as a child, she was often left without a meal. Ever since, her goal has been to help others in need. 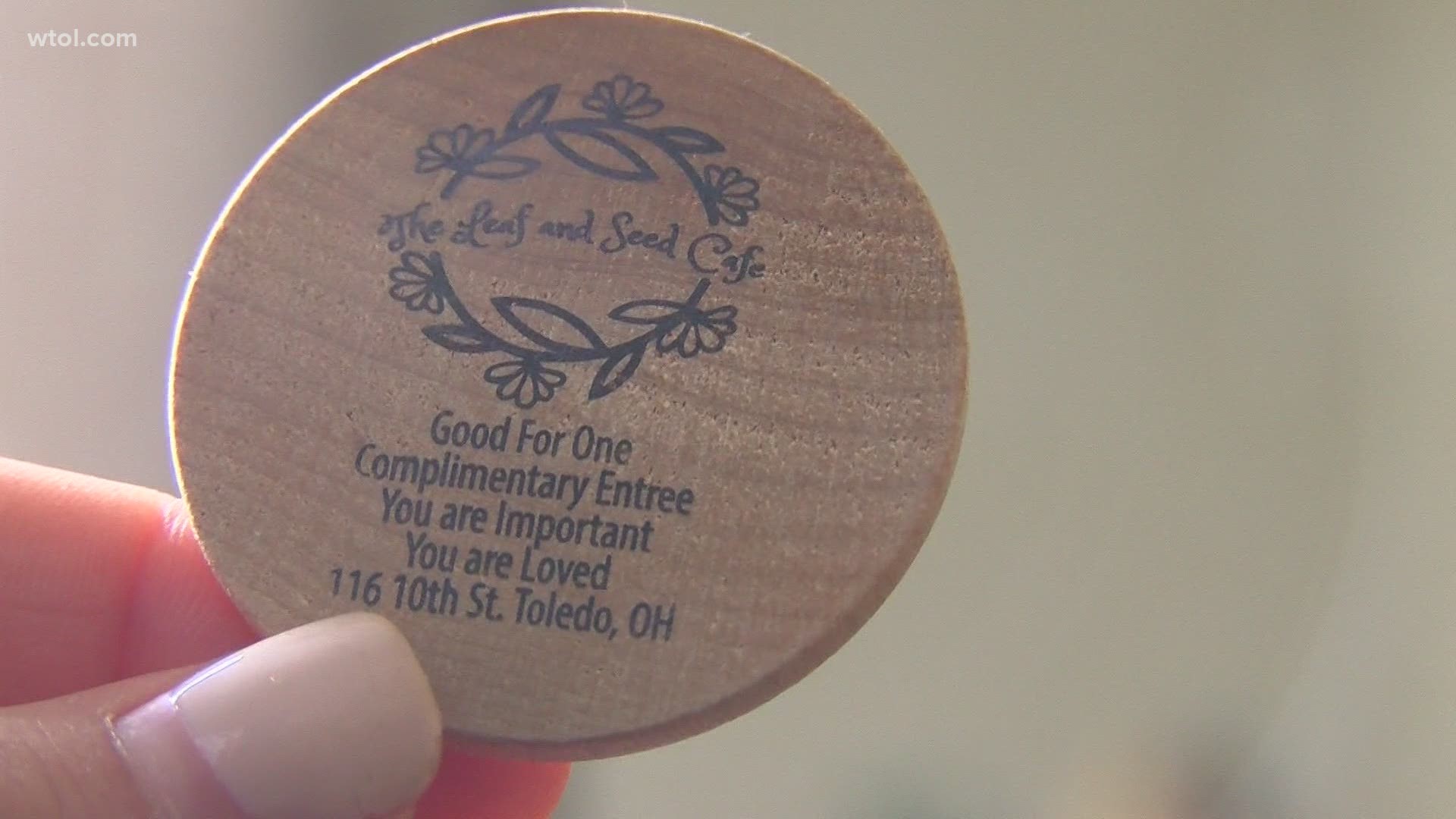 TOLEDO, Ohio — Toledo neighbors in need can find a hot meal at The Leaf and Seed downtown, thanks to a new initiative by the restaurant's owner, Susan Herhold.

Herhold said that as a child, she was often left without a meal. Her mother passed away when she just was 10 years old, leaving her father with three daughters who, Susan said, he didn't know how to care for.

"We lived in our car. We were homeless for a while. And often, our meal would often consist of fast food, or something unhealthy if we had a meal," she said.

Herhold's goal in life was to get to a point where she could help people, and now she is using her cafe to get the job done.

Despite opening in 2019, and later closing for several months because of the COVID-19 pandemic, Herhold said she came back wanting to make sure people were fed.

"I just thought, maybe giving tokens that entitle people for a complimentary meal would not only give them a place to feel loved and important, but it would also give them a nourishing meal for the day," she said.

Here's how the tokens work: Staff members have them on hand to give out but, you can also stop by the cafe and buy just one, or a few for $10 each. You can keep them in your wallet and if you ever run into someone who may need it. You can give it to them to cash in for a free meal.

Herhold said that she just wants people to feel loved.

"I hope that they're realizing that just because of their circumstance does not make them any less important than anyone else in the world," she said.

The Leaf and Seed Cafe is the area's only completely vegan restaurant. It's located at 116 10th St. in downtown Toledo.