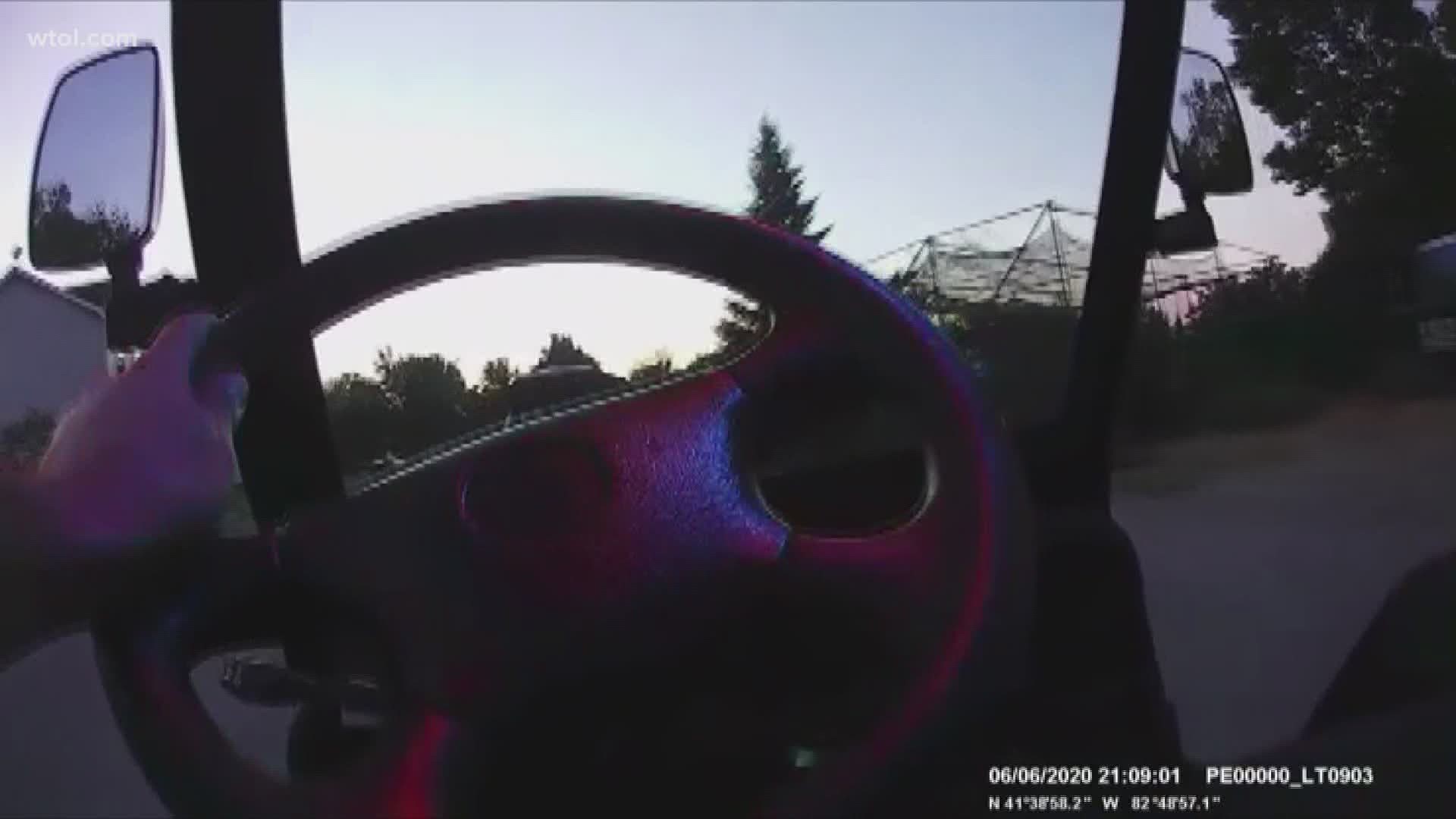 The serious allegations against the force include excessive force and misconduct.

"George Floyd happened on May 25. Look at the dates of all this. May 24, the day before; and June 6, less than two weeks later. What do you think was going through my clients' minds? They thought they were going to get killed," Johnson said.

The first lawsuit stems from an incident on May 24, 2020. Court documents say Lt. Michael Russo responded to an unrelated call when he became aware of an overturned golf cart. The suit then claims Russo approached Monica Gulledge from behind and slammed her to the ground.

Body-camera video obtained by WTOL 11 shows that interaction in real-time.

"He comes over from behind, grabs my client, Monica Gulledge, without identifying himself to be a police officer, without talking to her," Johnson claimed. "He literally puts his arm on her. That is a battery. You cannot do that."

The second lawsuit comes after a widely-publicized situation on June 6, 2020. A police report indicated Russo and Cpl. Terry Rutledge Jr. pulled over an eight-passenger golf cart because too many people were on it and it ran a stop sign. The report says those people became "irate and combative."

But Johnson argued the officers are to blame for escalating the situation.

"Russo, now that he's got Diamone in (handcuffs), tries to go get Mr. (Ryan) Hollingshed in (handcuffs), can't get his arms behind his back. There's clearly some resisting there, no question about it, and all my client's saying is like, 'Dude will you just talk to me here? I didn't do anything,'" Johnson said.

Russo and Rutledge, along with Put-in-Bay police chief Steve Riddle, were all placed on leave after the June 6 incident and the Ottawa County prosecutor dropped the charges.

WTOL 11 reached out to Put-in-Bay Mayor Jessica Dress for comment on the lawsuits. She declined to provide a statement because this lawsuit is making its way through court.