Jose Hernandez, who works in the restaurant industry, says that right now, there are a lot of families that don't have a lot of money and are living day-to-day. 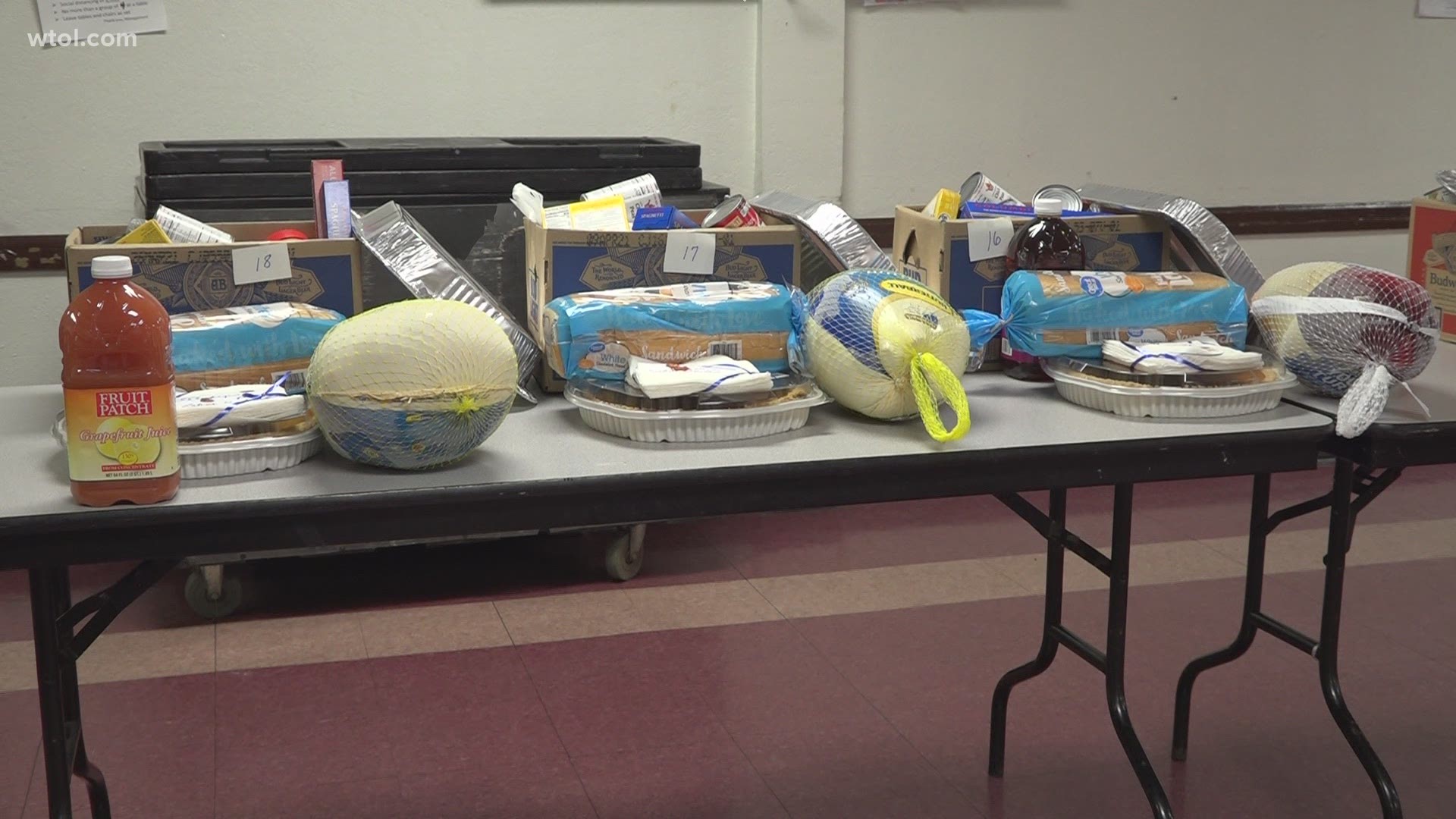 TOLEDO, Ohio — With Thanksgiving happening this week, a Latin organization is stepping in to feed those who may not have the funds to celebrate the holiday.

Many of you may already have your fridge filled with items to cook for Thanksgiving dinner. But then, there are others who are struggling to keep food on the table.

In Spanish, Jose Hernandez said it's a relief for those who want keep the Thanksgiving tradition going.

"Because of the pandemic and then there are a lot of families who don't have a lot of money. They are only living day to day," Hernandez said.

Hernandez works in the restaurant industry.

He said times are hard because he doesn't know whether he will, or won't have work

Therefore, Latins United is donating 45 food baskets to those in need.

"We know there's always a problem with finances. And we usually only did like 30 baskets. Well because we were demanded, all of a sudden it's 40 baskets," said Mary Moralez, the treasurer for Latins United, which has planned the basket giveaways for more than a decade.

The baskets include everything to cook a full Thanksgiving dinner. And other items to eat later.

It's food, keeping a family tradition going during a time when it is most needed.

"Very thankful obviously. This is such a great thing that they're doing for a lot of people and I'm thankful that I didn't have to go to different places or reach out to different sources for our meal," said Martina Young, a mother of three.

With Christmas right around the corner, the organization also plans to help its members with presents later this year.

It is acknowledging work is scarce and money is tight but the holidays must go on.

"There's no time better than to be with your family on the holidays. So I've very thankful that me and my family can have dinner and enjoy each other's time," Young said.