When COVID silenced his bands, a western Wisconsin trumpet player made an entire small town his stage 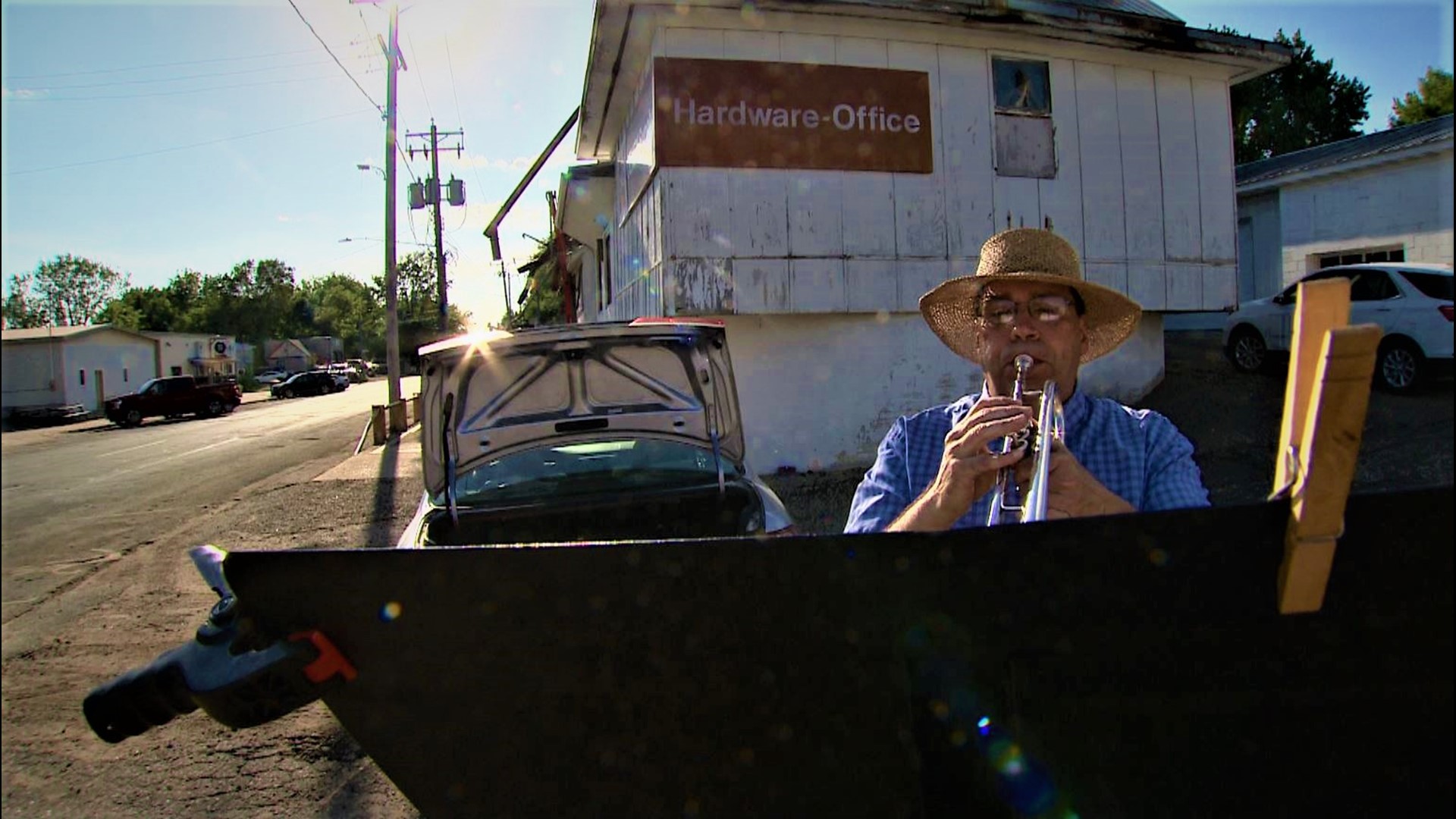 ROBERTS, Wis. — A guy playing in five community bands is going to have a tough time maintaining his silence during a global pandemic.

So, when the music stopped last spring, Pete Close just found a different way to perform.

On any given day, you’ll find him belting out tunes on his trumpet at unannounced times and locations throughout Roberts, Wisconsin.

“It makes me happy to do things for other people,” Pete says.

“He'll pull over on the side of the street and just start playing music,” David Dressen said as he stopped on Roberts’ main street to watch Pete play.

Credit: Devin Krinke, KARE
Pete Close plays one of his horns beneath the water tower in Roberts, Wisconsin.

A few minutes later, Pete moved the concert several blocks to the street in front of Terry Dull’s house.

"When I seen him, when he come around the corner, I said, 'Ope, Pete’s coming to play,'" said a delighted Terry, as he listened from his porch with his wife and granddaughter.

Pete prefers the high spots in Roberts so his music can waft across the city.

But nearly everyone in Roberts will tell you Pete's been on the high road for years.

On a recent weekday, Pete worked two volunteer shifts at the library, while also putting in hours at the Roberts food shelf. He started the day at 7:30 that morning, watering flowers at the Warren Cemetery where he serves as a trustee.

“He is a huge asset not only to the library but to the whole town,” the library’s director, Tori Schoess, says.

Schoess says Pete spends so many hours at the library, they’ve considered putting him on the payroll.

Pete is also famous around town for passing out hundreds of cupcakes he bakes for his birthday.

He attributes his community-first attitude to his parents, who instilled in Pete and his five brothers the importance of volunteering.

Pete still remembers his dad rousting his boys from the house the day after Good Neighbor Days, Roberts’ annual festival, to pick up the trash others had left behind.

Before the school year ended, Pete often stopped across the street from St. Croix Central Elementary to play for the students as they boarded the busses to go home.

Some of those students have sent him cards and drawings to let him know how much they appreciate his music.

Pete also has a pretty good notion of how his community-minded dad would feel about his curbside concerts.

“He would definitely approve,” Pete says.

PHOTOS: When COVID silenced his bands, a western Wisconsin trumpet player made an entire small town his stage