If you're headed downtown for the Labor Day parade, here's what you need to know! 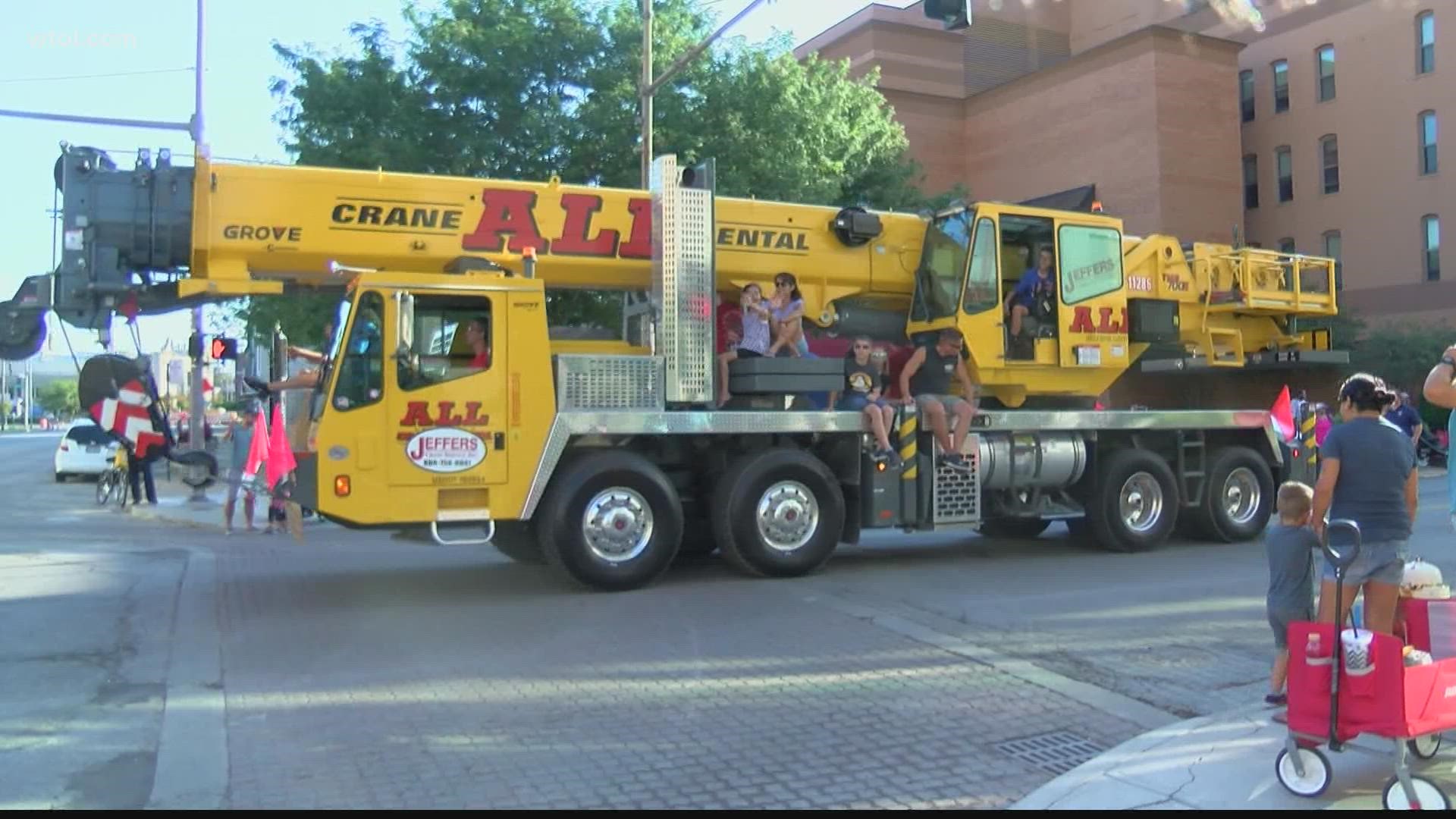 TOLEDO, Ohio — Beautiful weather is on tap for Labor Day, the perfect day to watch the Labor Day parade in downtown Toledo!

Here's what you need to know if you want to watch the parade today. Parade officials say the use of facial coverings, regardless of vaccination status, is strongly encouraged.

The parade will start on Summit Street at the intersection of Monroe and proceed north on Summit to Jackson Street, left turn onto Jackson and head west to Huron, where the parade will end and participants disperse

Parking is available at various surface parking lots and parking garages located all throughout downtown Toledo.

Parade marshals in yellow vests will be downtown to manage the parade and provide you with a safe and enjoyable experience if you have any questions or need assistance. Please follow any instructions given to you by any of the parade marshals.

Alcoholic beverages are not to be consumed while participating in the parade.

A minimum distance of ten feet (10’) should be maintained between motor vehicles, trailers and parade floats and those people who are walking in the parade. The maximum speed for motor vehicles is no more than three miles per hour.

Do not throw any item, such as candy, from motor vehicles or parade floats. If you are planning to distribute items such as candy to the spectators, please have your people walk along the curb to pass out.

Because of the uncertainty of arrivals and line-ups of marching groups, bands and marching groups will be inserted into the parade at the discretion of the marshals in charge.