Marissa English is a huge fan of country star Keith Urban. Her nurses at Mercy Health St. Vincent Medical Center launched a social media campaign in hopes of the singer meeting with her before his appearance in Toledo on Thursday. 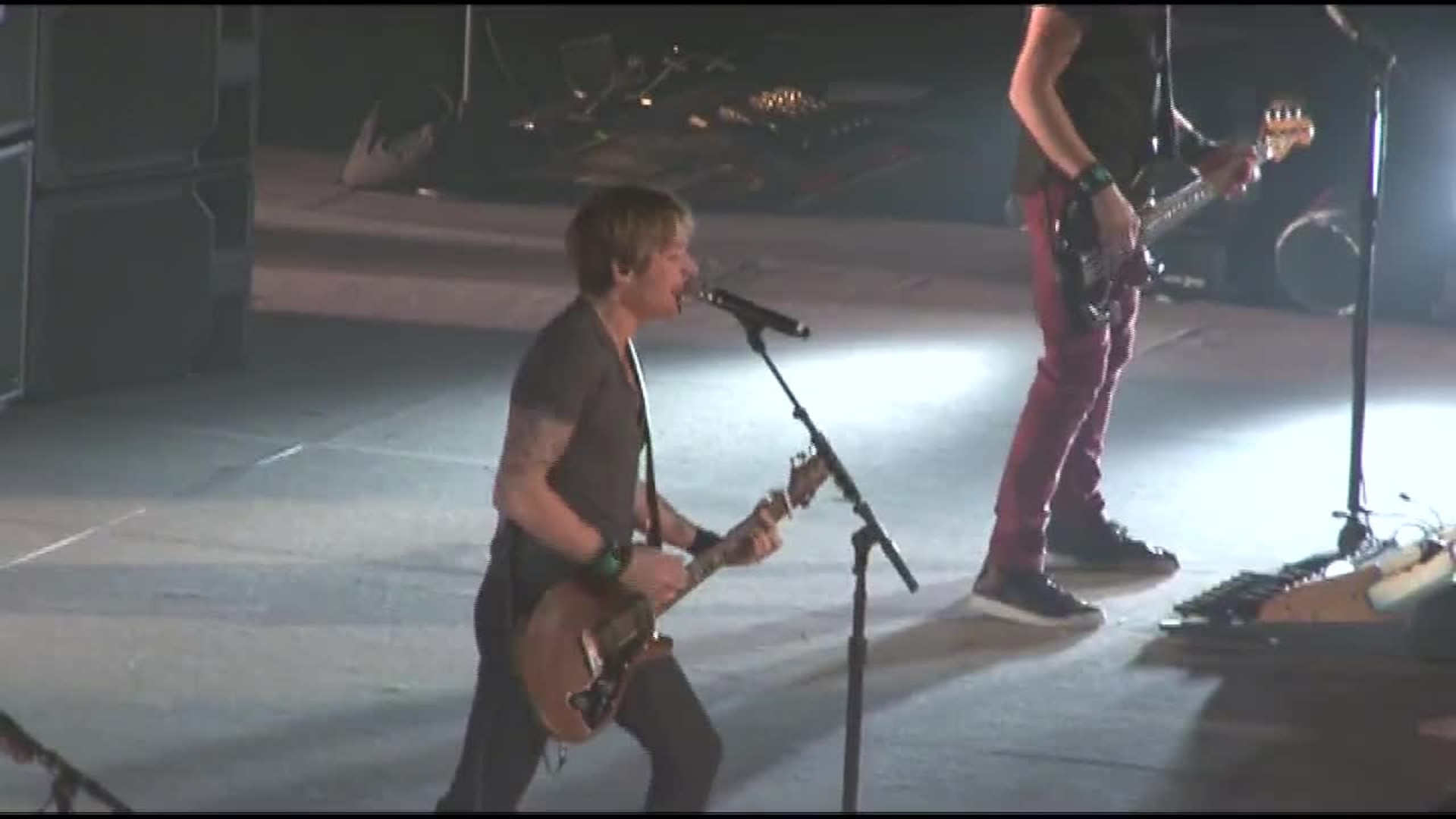 Urban has many fans worldwide, but you’d be hard-pressed to find one bigger than Marissa English.

Marissa is 25 years old -- a miracle in and of itself. Doctors weren’t optimistic when she was born with a myriad of health conditions including water and an inoperable cyst on her brain, severe scoliosis and cerebral palsy.

And even though Marissa wasn’t able to make it to the show on Thursday night, a social media push by her nurses made sure that Keith Urban came to her. 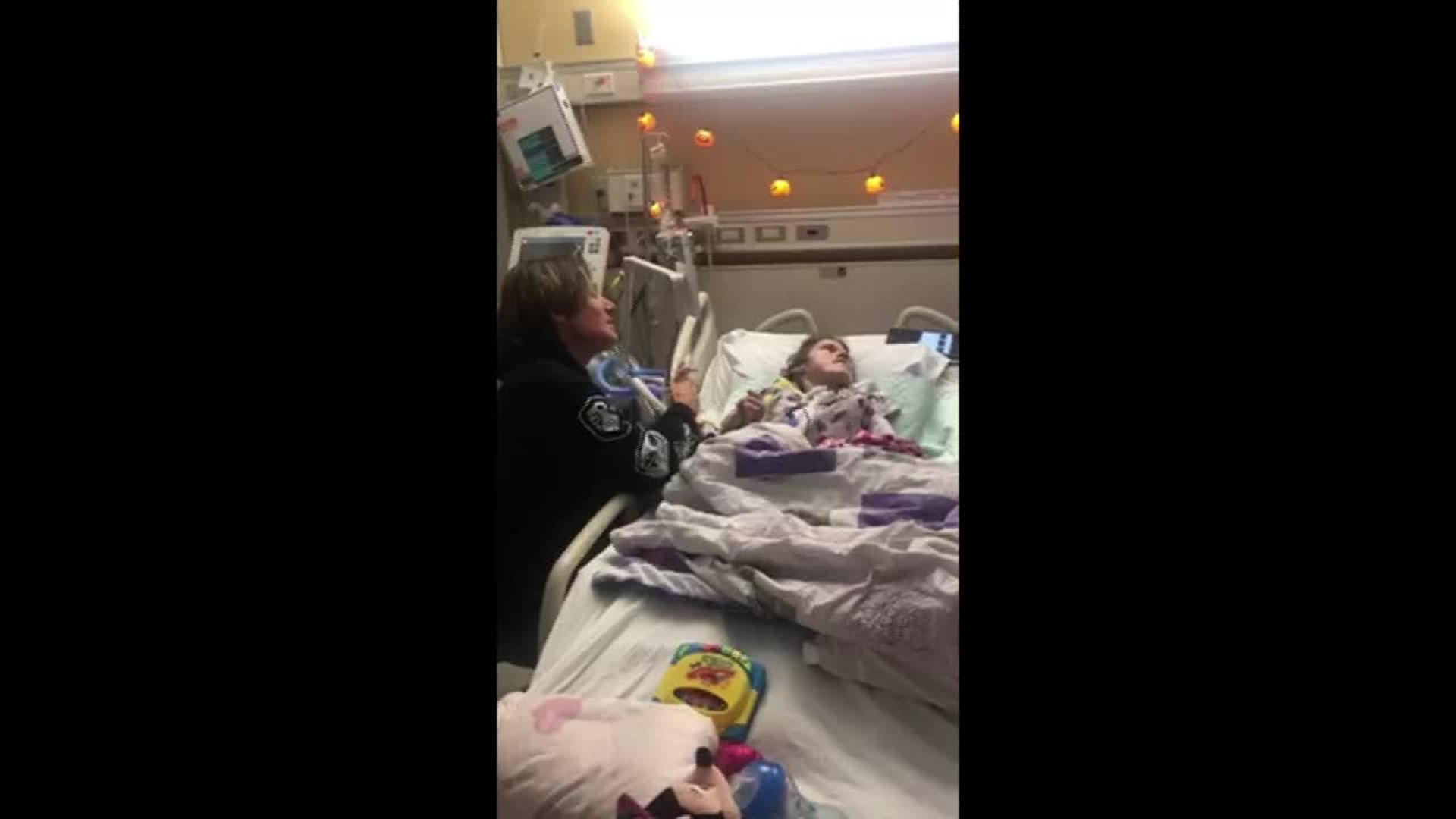 During the concert, Keith Urban said he got to meet who he now believes is his greatest fan, “a beautiful girl named Marissa.”

He told the sold-out crowd about his visit to St. V’s to meet “who I truly think is my biggest fan.”

“Her family is here,” Urban said as he gestured to them, “and so are some of her pediatric ICU nurses.”

“We’re going to dedicate this whole show tonight to her, to Marissa.”

The superstar then launched into his No. 1 hit, “Somewhere In My Car.”

Keith Urban took the time to visit a patient while in Toledo ... ❤️❤️ pic.twitter.com/vvihmp0nIw

“She has memorabilia from a couple of the other concerts we’ve been to. She has a T-shirt that we put on a pillow that’s beside her all the time,” Marissa’s mother, Marlise Matthews, said. “It’s actually cute because she’ll pick up the pillow and hug it and kiss it (and) ... she’ll point at it and say ‘Mr. Hottie.’”

Marissa English is a huge fan of country star Keith Urban. Her nurses at Mercy Health St. Vincent Medical Center launched a social media campaign in hopes of the singer meeting with her before his appearance in Toledo on Thursday.

“She stayed in the hospital five and a half months and when we took her home, the doctors said, ‘Go home and enjoy her for possibly a year. That might be the longest you have her,’” Marlise said.

Nurses at Mercy Health St. Vincent Hospital told WTOL Marissa's health is rapidly declining. Over the last few weeks many have led a social media campaign to bring Keith Urban to meet Marissa in person or even through FaceTime.

"We knew how important it was to Marissa to be at that concert tonight and since she wasn't able to we were hoping to try and find some way to have Keith make a connection with her," nurse Jan Cassity said.

@KeithUrban @mercy_health Keith will be in Toledo for a concert tomorrow (10/18). His “number 1 fan” is a patient here at St. Vs in Toledo! She had tix for the concert but is now facing hospice. Trying to reach out to see if Keith can possibly give this young girl her dying wish

She just has such a fascination with Keith and loves to watch him on TV and listen to his music. I think it would mean the world to her.

"She just has such a fascination with Keith and loves to watch him on TV and listen to his music," said Marissa's in-home nurse Jackie Codding. "I think it would mean the world to her."

I’m making this public so anyone can share. We have a very sick special someone who’s not able to make it to her dream...

While she wasn’t able to head to the Huntington Center to see him live, you can rest assured she’ll have those headphones in and that smile as bright as ever, jamming out to her good friend Keith.