Watching and documenting rare Piping Plovers, a labor of love for volunteers

Ever since a nest was discovered on the inland beach at Maumee Bay State Park, dozens of volunteers have relished the opportunity to watch over rare Piping Plovers. 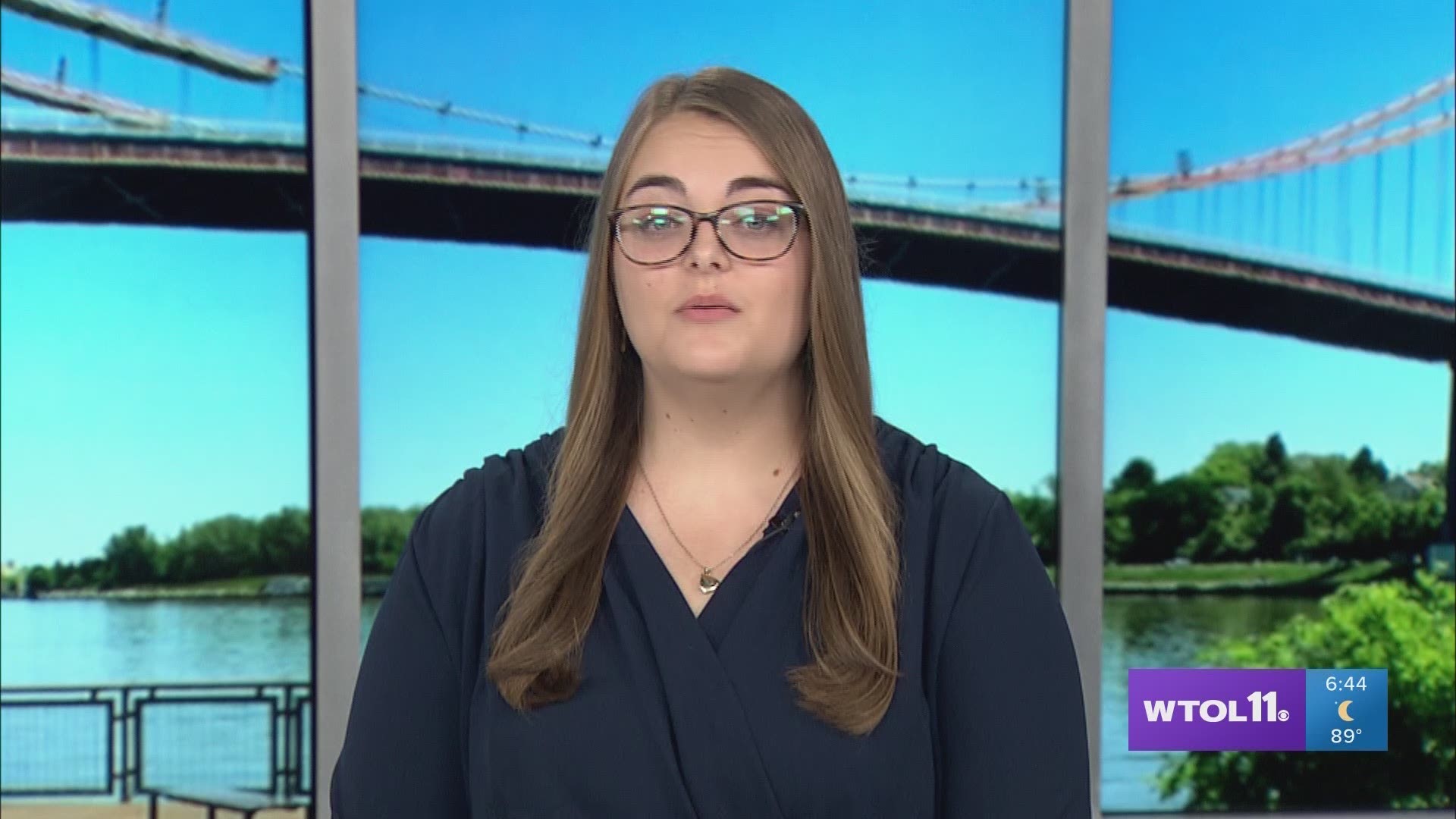 OREGON, Ohio — The excitement continues to build in the birding world at Maumee Bay State Park in Oregon, Ohio.

For the past 3 weeks, the 4 rare piping plover chicks have been guarded and watched over, not only by mom and dad, but by a team of dedicated volunteers as well.

"As soon as this was happening there was no stopping me from at all volunteering. This is like a dream come true for me,” said volunteer Joshua Vardous.

A month and a half ago, a historic moment began unfolding at Maumee Bay State Park.

For the first time in 83 years, a pair of piping plovers nested there.

Weeks later, on July 1st - the chicks hatched. much to the delight of longtime birder Vardous.

"Plovers are like my favorite birds. they're up there with my favorites of all time,” said Vardous.

But as the saying goes, it takes a village to raise a child.

In this case, it was mom and dad - Nellie and Nish – along with dozens of volunteers.

RELATED: Bird is the WORD! 2 piping plovers hatch at Maumee Bay State Park for the first time in more than 80 years

Once word got out about the historic nesting birds, nearly a hundred people offered to help, many spending their only free time to do so.

"I work a 9 to 5 like everyone else on Monday through Friday and can only dedicate the weekend. So every Saturday And Sunday I'm out here from almost sun up to sundown,” said Vardous.

For 12 hours at a stretch people with a passion for plovers - and birds in general - show up to document this momentous moment for Northwest Ohio.

Each shift is filled with a lot of watching and a lot of writing.

All of which may sound boring, but for something as historic as this - it's invaluable.

"A lot of it is just documenting what the parents are doing, and their behavior and interaction with other things in the area."

"We just come, and we set up our scopes, and we get our eyes on the birds and we relay information to one another so we can record all the data onto a sheet,” said volunteer Janice Farral.

Having the chance to help an endangered bird and doing what you love at the same time is a rare opportunity that volunteers tell us they just couldn't pass up.

"Nobody's ever had any experience with anything like this, ever, getting to babysit and monitor and overlook a nesting endangered shorebird,” said Vardous. “So this is a treat for everyone here, and especially the birders."

For Joshua and Janice, distance is no issue.

Neither of them live in the Toledo area. In fact, both travel from Lorain to help however they can.

The drive they say - is well worth it.

"Oh I love the little shorebirds, and the babies - they're 10 times cuter," said Farral. "They're like little cottonballs with toothpick legs and they just scurry along the beach."

Since they hatched, volunteers stepped up and helped in another way too.

They named the chicks: Erie, Ottawa, Maumee, and Kickapoo.

And the makeshift base for volunteers? Well, they named that too... Ploverville.

It's an experience they say they'll never forget.

"Volunteering aside and the cute little chicks aside, it's sharing that passion with someone else who may pick up on that passion as well,” said Vardous.

Considering the rarity of the event, it’s an experience that many of the volunteers may never get to have again.

And what’s next for the family of plovers.

In just the last few days, mother Nellie has moved on, leaving Nish to help the chicks stretch their wings until they all migrate south.

That doesn't mean Nellie is a bad mother.

With Piping Plovers the male is the dominant parent.