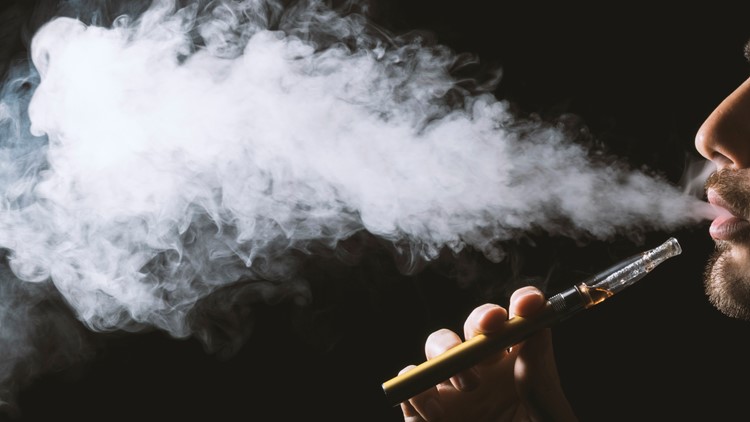 Photo by: Getty Images/iStockphoto
A man holding and vaping an electronic cigarette.

The lawsuit was filed by vaping businesses that said the ban, which took effect Oct. 2, will force them to close. The judge issued a preliminary injunction to stop the state from enforcing the rules.

Michigan, New York and Rhode Island have recently banned flavored vaping products in response to an explosion in teen vaping in recent years. President Donald Trump said last month that the federal government would act to prohibit thousands of flavors used in e-cigarettes because they appeal to underage users.

Whitmer, a Democrat, has accused companies of using candy flavors and deceptive advertising to "hook children on nicotine."

The rules prohibit the sale of flavored nicotine vaping products, including to adults, and the misleading marketing of e-cigarettes.

closeup of hand of woman with e-cigarette
Getty Images/iStockphoto

The federal government and states ban the sale of vaping products to minors, yet government survey figures show that last year, one in five U.S. high school students reported vaping in the previous month. Top government health officials, including the surgeon general, have flagged the trend as an epidemic.

RELATED: You will have to be 21 to buy tobacco products in Ohio later this month