Searching for a new job? It's more about mindset than resumes

Experts say your resume should reflect who you are, not just what you've done 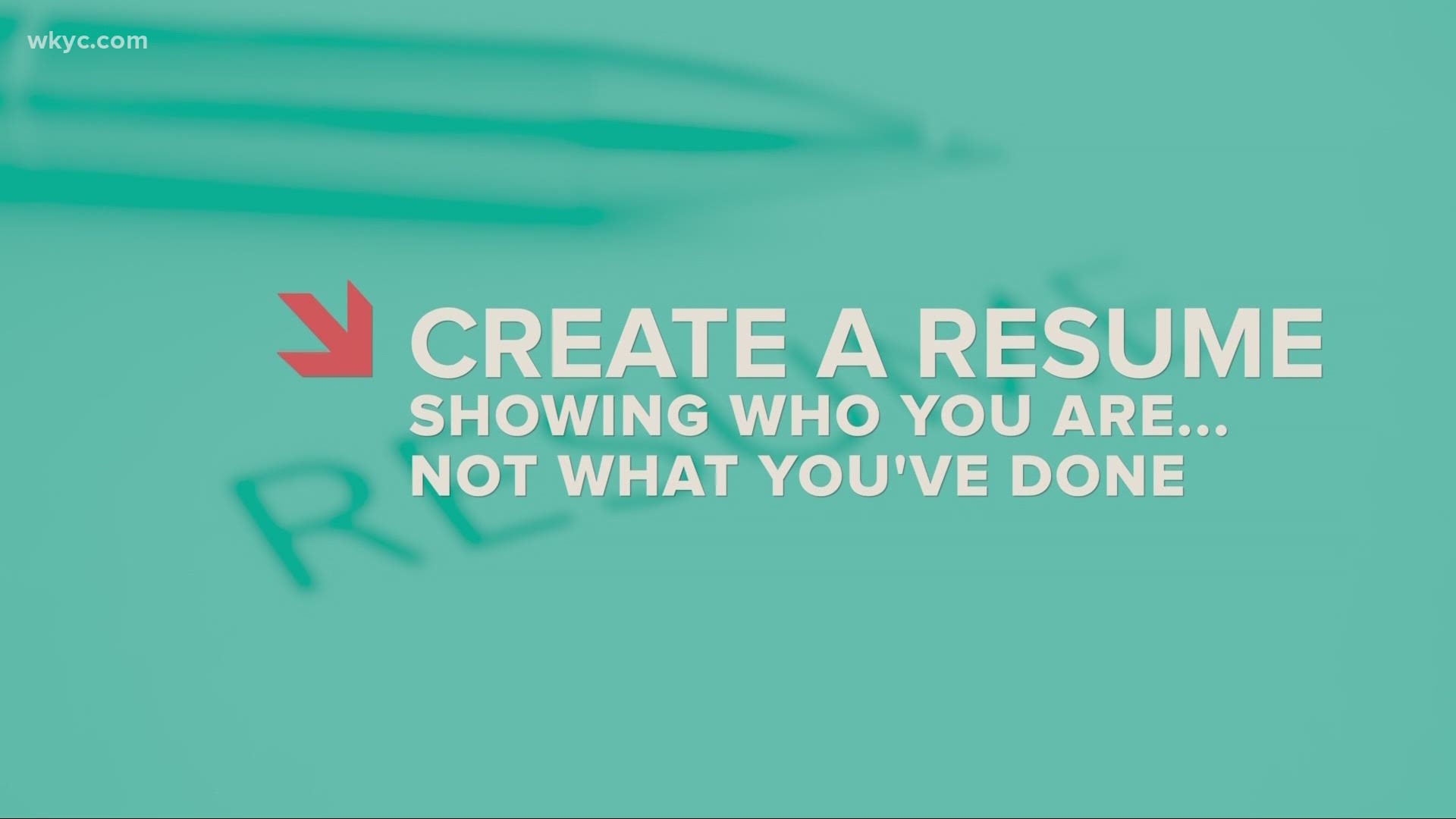 CLEVELAND — It's officially been one year since the first confirmed coronavirus cases in Ohio. The pandemic has put thousands of people in Ohio out of work and many are still looking. But the job search is a lot more than just submitting resumes and hoping something sticks. According to job coaches, it requires the right frame of mind.

September should have been the happiest time for Hannah Miller. She was getting married. But two months before her big day, she was laid off from her sales job because of COVID-19.

"I've gotten a couple of interviews and a couple of offers, but offers that were much, much lower than what I was making before," Miller said. "So [I] decided to keep looking for the right fit."

After nearly a year of resumes and interviews though, Miller gave in, willing to take a 25 percent pay cut.

RELATED: Your New Job: How to get 'linked' up with a job through LinkedIn

Jim Blackburn is a professional development counsellor who agreed to advise Miller. He said she was, "definitely looking too low" for what she wanted to do. Blackburn says in order to succeed after losing a job, you need to face the loss head on.

"One of the things that I'm experiencing with people that I work with is that they are not aware of the significant emotional loss that occurs when there's change," Blackburn said. "And without grieving the loss you will struggle both with your personal life as well as your professional life."

The next step, Blackburn says, is to create a resume that reflects who you are, not just what you've done.

"I say to the hiring authority, 'if I show up with a candidate who's resourceful and problem solving, resilient, reliable. Would you hire that person? Oh by the way they have no experience in your industry.' You know what the employer says? 'Absolutely.'"

Blackburn says to highlight what makes you unique. In Miller's case, she taught English overseas, was a leader in a national service fraternity, on the board of the Stow Symphony, the list goes on.

But none of it was on her resume.

"I was told the resume was too long and no one cares about those things. So I took them out and kind of made it more black and white," Miller said.

RELATED: Out of work and uninsured? There are options for you

Blackburn says doing that makes it more difficult for potential employers to figure out who you are or what your interests are. Which is why Blackburn says you need to know your worth, and sell it.

"You have to believe that you have so much to offer that the interviewer who turns away from you and turns you down, loses," he said.

With that mindset, Blackburn says you'll be positioned for a career, not just a job.

"There are companies out there looking for people who have your unique abilities." He said. "They need you."

**To prove his point, Blackburn has offered to work with five job seekers for free. You have to agree to follow his recommendations, and we'll follow your journey. All you have to do is send your resume and a note on why you should be picked, to dserino@wkyc.com.**

Editors Note: The video in the player below is a full-length interview, that originally aired on March 2, 2021.