Mike Gardner says his dashcam video captured a tornado passing through the Bowden area as he took refuge underneath an overpass. 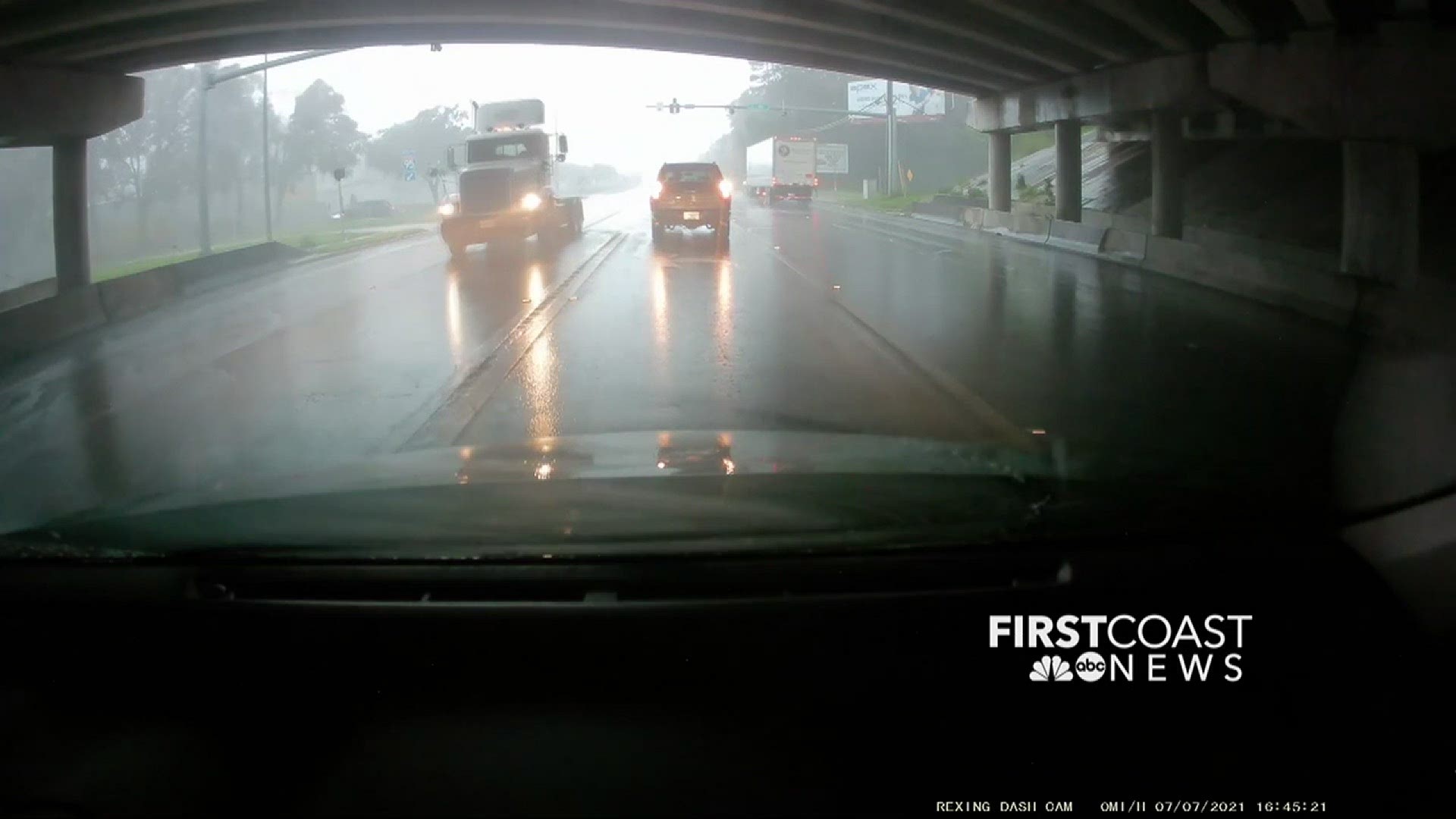 JACKSONVILLE, Fla. — A dramatic scene was captured on video in Jacksonville Wednesday showing a reported tornado passing through the Bowden area as one man sheltered under an overpass.

Mike Gardner says his dashcam video captured a tornado passing through the Bowden area as he took refuge underneath the overpass at Interstate 95 near the University Boulevard exit around 4:45 p.m.

"I saw debris flying in a circle over to west of I-95," he explains. "I took the University exit and sheltered under the viaduct on Bowden road. The car is facing west when the tornado passed by."

Thursday morning, a storm survey team in Duval County preliminarily assigned an EF-1 rating to the tornado that moved across Philips Highway just west of I-95 Wednesday afternoon. That means the tornado's winds were between 86 and 110 miles per hour.

Most of the damage surveyed thus far has been along Bowendale Avenue. More information will follow as the survey continues its progress.