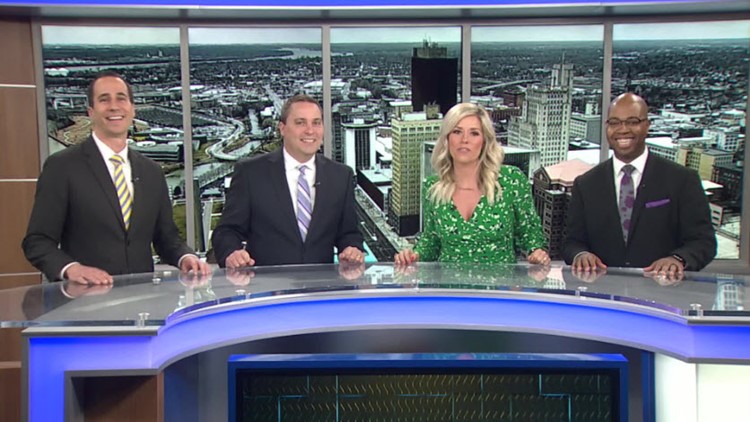 TOLEDO (WTOL) - Here is the “word” when it comes to our video originally made exclusively for Toledo Public Schools students, which has since gone viral. We’ll try not to be too “extra” in our language.

TPS has had two consecutive failing grades on the Ohio state report card.

800 TPS students were absent during the 2018 Ohio state test.

There are fears that a third consecutive failing grade could lead to a state takeover of the district.

That was the landscape facing Toledo Public Schools and our community as thousands of TPS students got ready for state testing this week.

Those at the TPS recognized the challenge and reached out to a number of media outlets, including WTOL for help.

The goal: encourage students to show up and be ready for those tests.

Attendance at these tests is critical for a variety of reasons, including school funding. More importantly, it’s a chance to give the district a guide on how its students are doing so teachers there can help them grow. When students excel, our community is strengthened.

“The intent from the very beginning was to help TPS students take the tests and to get the district the funding it needs,” said Brian Lorenzen, WTOL General Manager. “This was one of several messages provided by area leaders and media outlets meant to show support and provide encouragement.”

So, WTOL went to work to try to encourage and to, well, connect. We created a not-for-television-broadcast video that could be shared with students and on social media.

“It’s all about the kids and being relatable to them. We wanted to do something encouraging and fun,” said Steven Jackson, WTOL Morning Traffic anchor. “By doing this, not only are we empowering students, but we’re strengthening our community.”

While the video was admittedly “cringe-worthy”, that was by design.

RELATED: Local News Anchors In Ohio Decided To Use Teen Lingo And It Went About How You’d ExpectRELATED: ‘Better Than Okurr.’ Local News Station Hilariously Squeezes All the Slang Into One ‘Lit’ Segment for Teens

“We know as journalists, community leaders and human beings that we can’t just report on problems in our communities. We have a responsibility to try and help,” said Melissa Andrews, WTOL Morning Anchor. “When we heard what was on the line, we felt like we had to do something different to connect with these kids. This was an effort to reach kids where they are—on social media and to give them a laugh at our expense.”

Andrew and I visited students at @TPSProud Old Orchard Elementary this morning to wish them luck on #TPSTestingWeek! Good Luck, kids! pic.twitter.com/dgpRLIfx3p

And laugh they did. While there was more than a fair share of cringy comments, we also heard from teachers who showed their students the video the morning of the test. One teacher told us that her students asked to watch it a second and even a third time.

Hi! TPS teacher here...I showed this video to my middle school kiddos this morning before testing and they absolutely LOVED it! They were all cracking up, and asked if we could watch it a second and third time before testing! If you’ve never seen a large group of kids laugh hysterically, you’re missing out on life!

They were so motivated! Thank you, WTOL NEWS 11! ❤️

We also heard from viewers from out of state whom the video reached.

My name is Beth Fullerton. I am a teacher at Morrilton High School in Morrilton, Arkansas. I just read the article about the newscast you were a part of to try to de-stress the students of Toledo which has now gone viral. I personally would like to say thank you to you and the rest of the anchors at your television station for having the courage to stand up and do something that teachers have been doing for years.

As someone who has been teaching school for 35 years, I have spent 35 years getting up in front of a school full of students to do skits, songs, raps, and dances that made my fellow teachers and myself look as stupid as possible just to get our students to relax and be able to have a good week during the testing week.

“Most of us in the video are parents and we hear what our kids and their friends say daily,” said Andrews.

We know it was an unusual approach, but many teachers we’ve spoken with have shared their own classroom techniques to get their students to relax and be in a good frame of mind to take these tests.

That was the goal all along, to put the students of our community in the best position to succeed.

We’ll know later this year if that happened. In the meantime, we’ll just “sip our tea… and chill.”