"It made me feel disgusted inside." Protesters in Sanford say counter protesters held long guns and yelled racial slurs

Hundreds gathered in Sanford Saturday to demand justice in the killing of George Floyd. 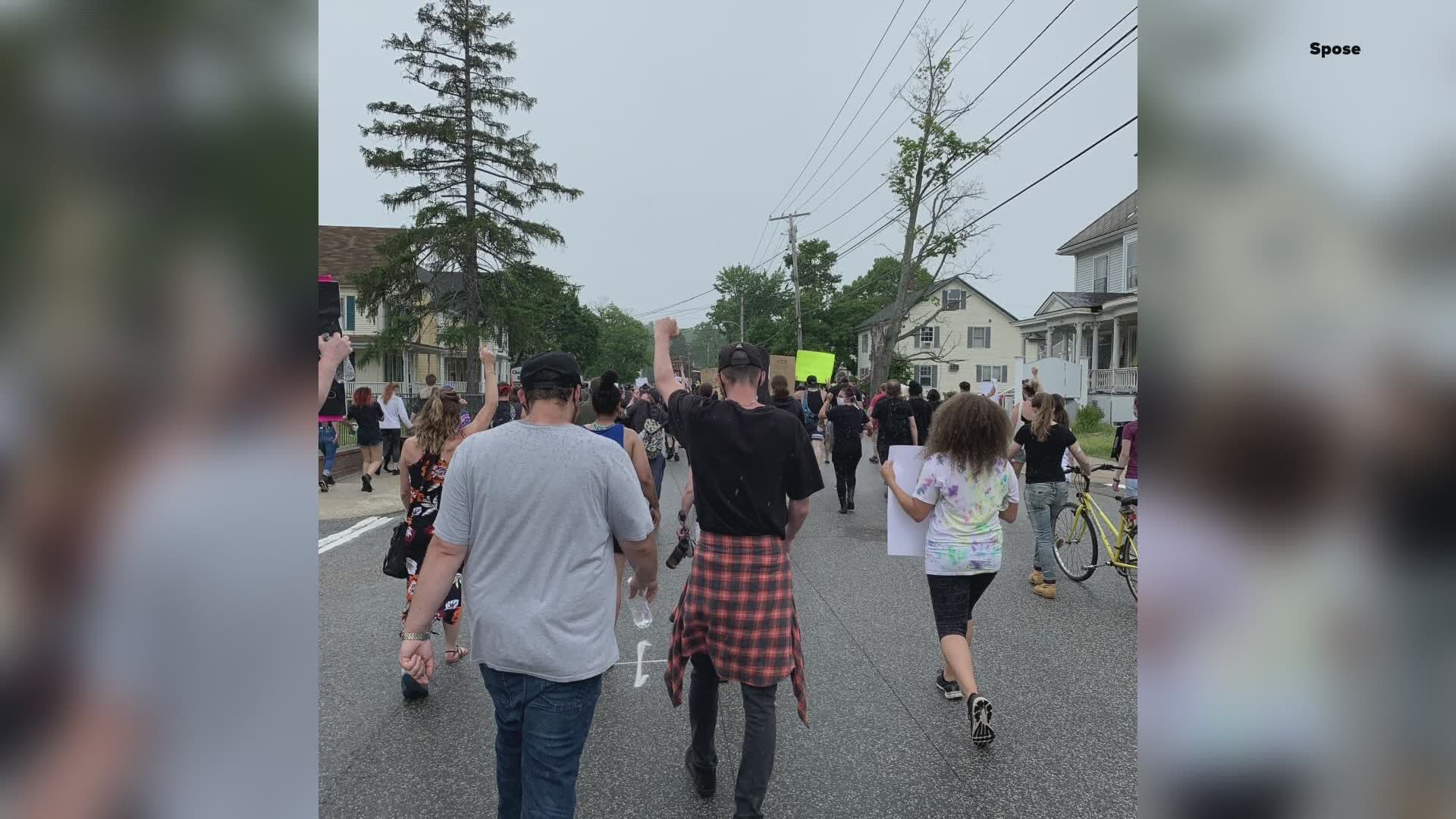 SANFORD, Maine — As protesters peacefully marched along the streets of Sanford Saturday, they were met by an anti-protest group holding long guns.

"It was to instill fear. It was a scare tactic," said protester Shane Reisinger.

"As we were chanting 'Black Lives Matter,' we were met with 'no they don't.' We were met with a gentleman who was riding around on a bicycle, who clearly was not in his right mind, screaming 'white power," said Reisinger.

"It made me feel disgusted inside," said Reisinger.

Ryan Peters, a rapper who goes by the name 'Spose,' also marched for justice.

"This dude is yelling 'white power' and the n word at black people as we're marching through Sanford. People waving confederate flags. This is Sanford, this is not Minneapolis, Atlanta, or some mythical place," said Peters.

Both said when they made their way to the Sanford Police station, officers were dressed in full riot gear.

"You would have thought we were going to war with them when we walked up," said Reisinger.

"They were spread out in a formation in riot gear in the middle of the day and said nothing to us," said Peters.

Shane McElhattan, was one of the people holding a long gun. He said his group was there to guard the armory and the mill. He said he was very proud of the way the protest went, and thought it made a loud statement.

"...that we as Mainers will absolutely not tolerate police injustice, but that we can still act civilized and give a good example of peaceful protesting," said McElhattan.

The Sanford Police Chief said officers were in riot gear for protection. He said Maine is an open carry state. He said it is not illegal for people to be carrying guns. He also said there were no arrests and no one was hurt.

"I feel absolutely horrified for the people of color that have to live in that town, in that city, because yesterday what they did was just show us their cards," said Reisinger.

Peters said Sanford now has a spotlight. He said the racism issues have to be addressed because there is no hiding from it.

Reisinger and Peters want to make it clear, the issue isn't that people had guns. They said it's the fact the guns were there to intimidate.

RELATED: Officials urge Floyd protesters to get tested for coronavirus