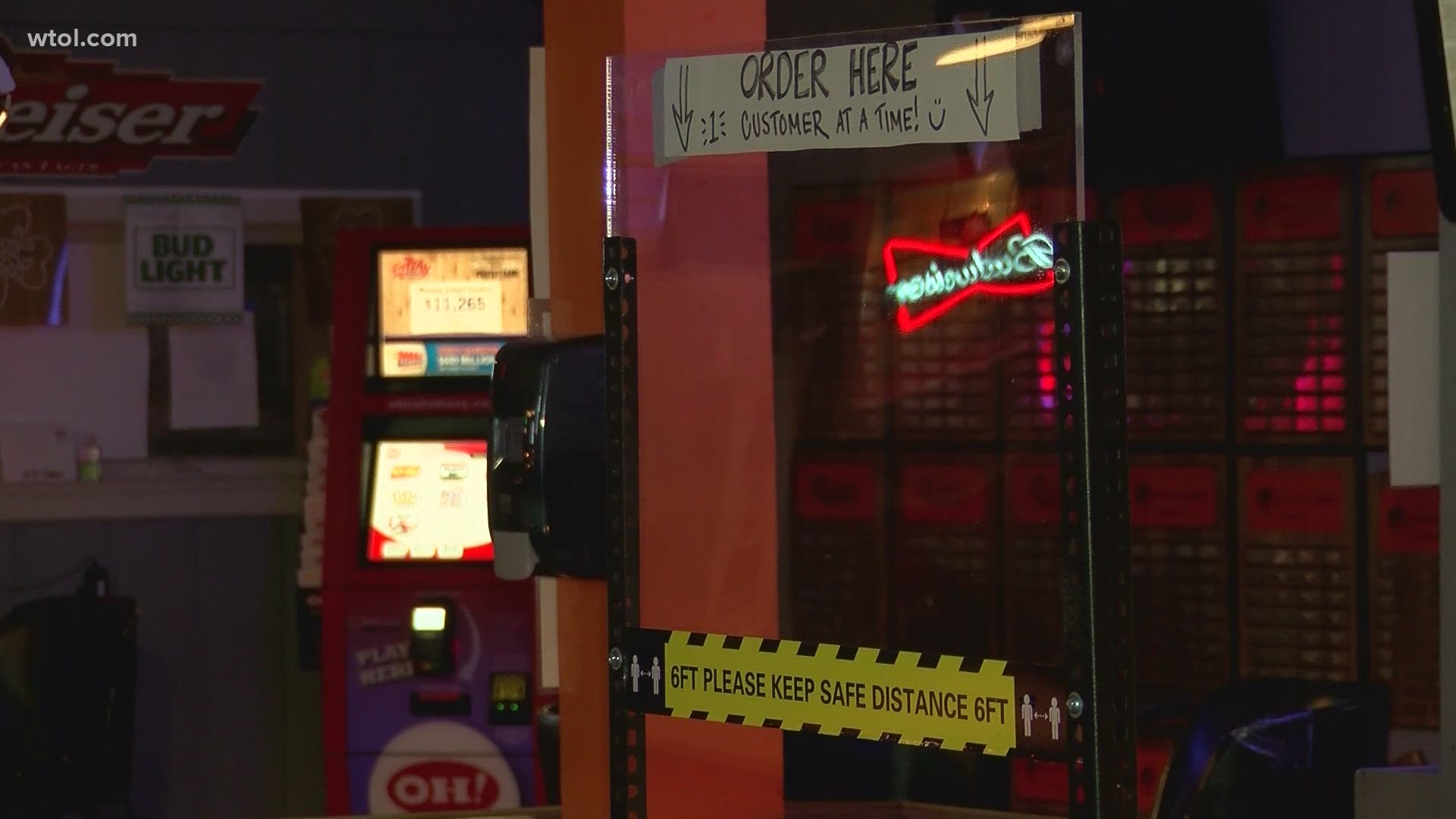 OHIO, USA — Gov. Mike DeWine says case numbers are still high and the 10 p.m. statewide curfew will not come to an end Saturday.

But, is the curfew doing anything to actually stop the spread of the coronavirus?

Toledo-Lucas County Health Commissioner Eric Zgodzinski believes it is, but also doesn't dispute that it's hurting small business at the same time.

"The balancing act, that's so hard," he said. "We're trying to keep the disease at bay."

Businesses have been dealing with tough COVID-19 restrictions for 10 months now.

Public health officials say it's to stop the spread. But what do the numbers show?

Ohio's statewide 10 p.m. curfew went into effect in November when there were around 8,500 cases a day.

Zgodzinski notes the curfew is one of many things helping.

However, business owners like Campus Quarters owner Lauren Kostelnik aren't buying it. In fact, she argues the curfew is "arbitrary" and keeping patrons from buying much at all.

"I don't think the curfew has any relevance on how safe it is to visit our establishment," she said.

She says she has followed all the guidelines, even putting a reservation system in place to make it easier to keep people six feet apart.

"The same socializing, the same groups, the same limits are there no matter you're in a restaurant or a bar at 4 in the afternoon or 10:30 p.m," she said.

Zgodzinski says he believes in the curfew, but also has some advice for those in Columbus.

"We need to make that balancing act work," he said, "and I would suggest as we see that data, let's extend those hours. That's what I would be telling the governor."

Meanwhile, Kostelnik is hoping the governor gives the businesses some leeway back to normal hours.

"I would take that one extra hour," she said. "We would take whatever extra time he's going to give us."

DeWine did hint that the curfew could be changed to 11 p.m. but didn't say when that could be.