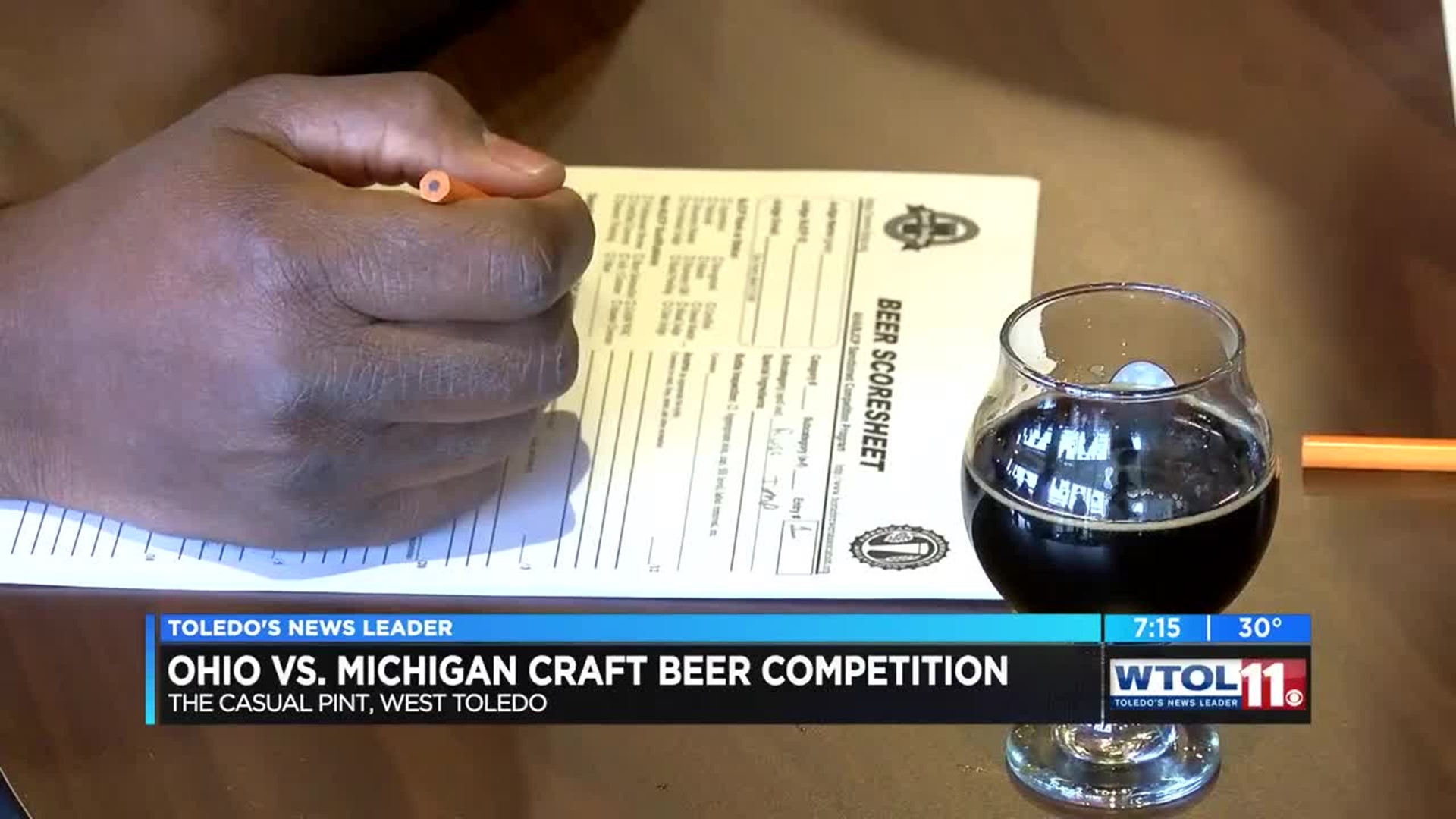 "It's always good to beat anyone from Michigan," Scott said, chuckling.

It’s always good to beat anyone from Michigan.

Glass City Mashers President Jon Sicotte quaffs a brew during the final round of judging of the Ohio vs. Michigan craft beer competition at Casual Pint in Toledo.

"It says that the industry is finally maturing. We're getting guys who have some experience, and they are turning out some great beer," Sicotte said.

The contest was broken into an Ohio and Michigan division. Then the top two from those divisions competed in the final round, judged by Sicotte, local beer columnist Brian Dugger, and Akron Beacon Journal beer writer Rick Armon.

And the winner of the inaugural Ohio vs Michigan dark beer competition is @WildSideBrewCo Tenebrae, a rum and bourbon barrel aged imperial stout. More at https://t.co/9l313ahghK coming later pic.twitter.com/NXhm4ualgw

Ohio's craft beer industry, particularly in northwest Ohio, has operated to some degree in the shadow of Michigan's national giants Founders Brewing Company, Bell's Brewery, and New Holland. But Kristi Smith, a sales rep for Dark Horse Brewing Company in Marshall, Michigan, was a judge of the Ohio beers, and she said Ohio should be proud of its progress.

"It's been six years since I have done judging, and the beer was just fantastic," she said. "Being at the Ohio table, I was so impressed by the quality."

It’s been six years since I have done judging, and the beer was just fantastic. Being at the Ohio table, I was so impressed by the quality.

And after a little more than two hours, Wild Side’s Tenebrae, Latin for “darkness,” was judged to be the best. Scott brewed the beer in 2017 and let it sit for nearly a year to allow the booziness to fade. It was released in May and will be available again in March. Wild Side has built a reputation for its unique fruit ales and sours, but Scott was excited to show the depth and variety of his beer lineup.

“About 70 percent of our beer is our sours and most people think of us as a sour brewery, but that’s not true,” Scott said.

Beers are lined up and ready to be served for competition at Casual Pint in Toledo.
Ohio breweries and their entries (click on the brewery name to learn more about each brewery):

Scot Yarnell, co-owner of Earnest Brew Works, and Nick Dallas, owner of Upside Brewing, judge Michigan beers with Chris Harris, owner of Black Frog brewing, at Casual Pint in Toledo on Saturday.
Michigan breweries and their entries (click on the brewery name to learn more about each brewery):