Impeachment: What are the next steps?

A historic announcement drawing strong reactions from both sides of the aisle. House speaker, Nancy Pelosi, saying the House is moving forward with impeachment. 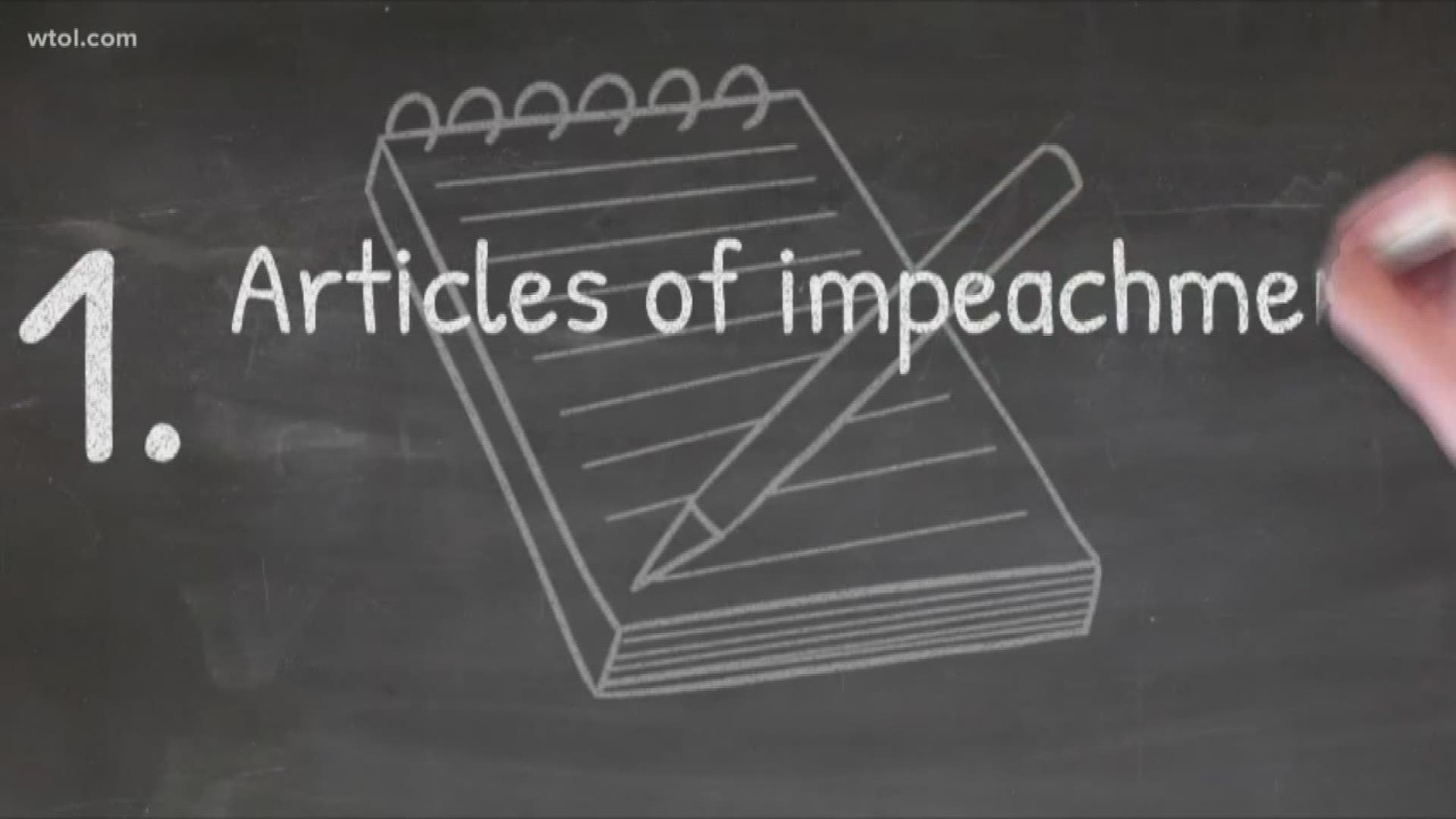 TOLEDO, Ohio — "Articles of impeachment are like the charges in a criminal case. It's basically saying this is what the president did that we think is wrong and might say a little but about what the evidence is but largely its going to be something like abuse of office and bribery, obstruction of justice," said University of Toledo Political Science Professor, Dr. Sam Nelson.

That's examples of what the articles could contain, but what happens next in the process?

First, articles of impeachment will be drafted. These are not expected to be very long.

The Senate does not have to vote on the articles before trial starts.

Once Senate receives the articles of impeachment, a process begins that leads to the final step where the impeachment trial begins.

"They can move very quickly, I would expect them to move quickly. I don't know for sure but next week is a reasonable possibility," said Dr. Sam Nelson.

It's been almost two decades since articles of impeachment were drafted for a president, so this announcement is historic in more ways than one.

"With the Clinton impeachment, we had the regular broadcast network news, paper, and then cable news, but not that much mostly CNN. Now social media means that people are getting lots of bits and pieces of what's going on," Dr. Nelson explained.

Dr. Nelson added that no matter your views, this process is important to understand and follow because it affects our future not just with the President, but how the Government works as a whole.

RELATED: Pelosi asks for articles of impeachment against President Trump