It's the season for having fun on frozen ponds, rivers and lakes. But it's important to keep safety in mind and to know what to do if someone falls through. 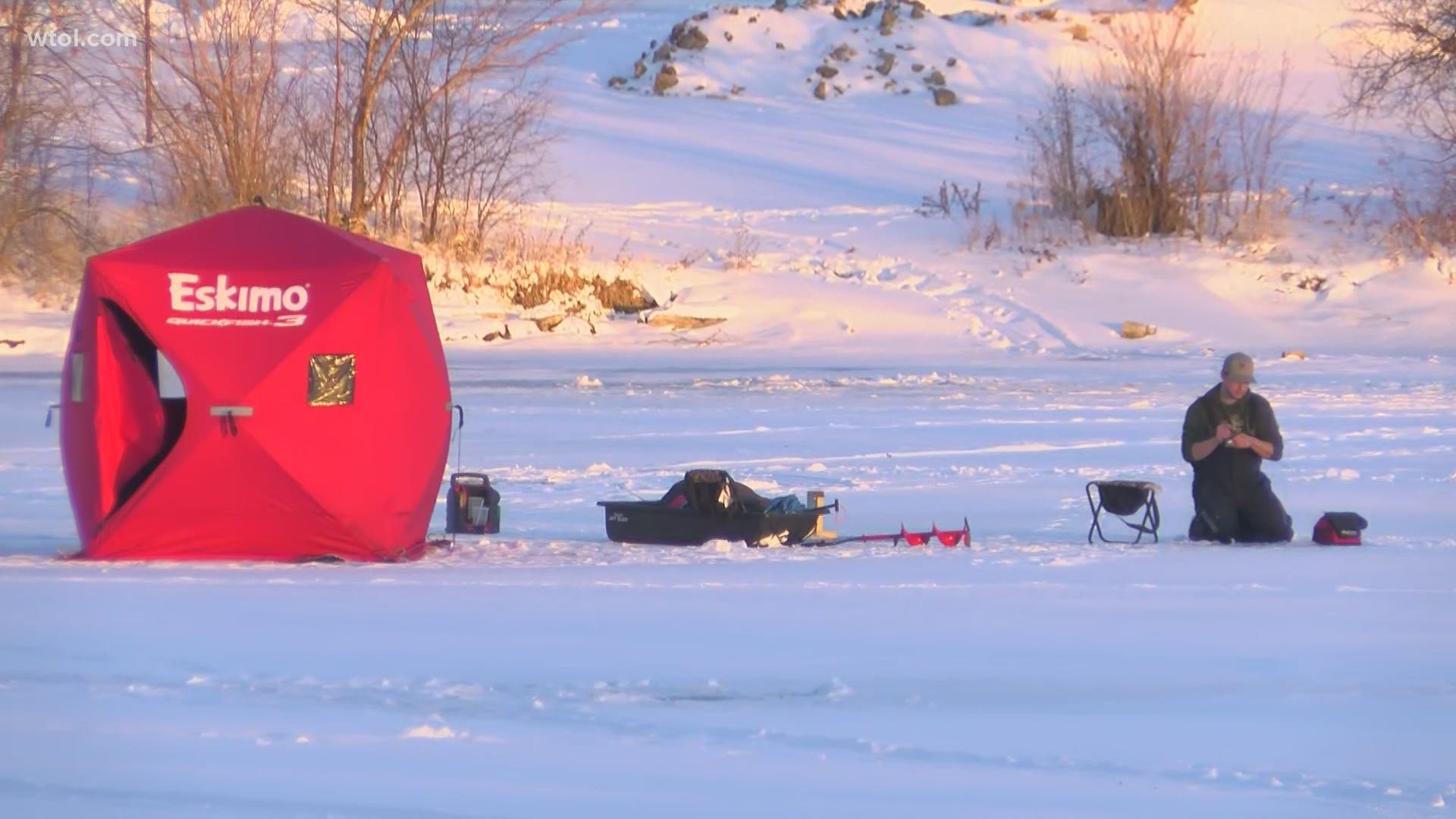 TOLEDO, Ohio — We've reached the point of winter where ponds, rivers and lakes are freezing up.

If you're tempted to test the ice, local safety experts say think before you take that first step.

While the colder weather as of late has created more ice, most might not be safe for walking. That’s because as much of the ice is still in the process of forming, it is constantly moving and shifting, even where you can’t see it.

And the thickest ice? It may not be where you’d think.

"You'd think as ice beings to form, ice closest to the shore would be strongest. But as it covers the water surface, ice continues to expand. It's got no where to go so it'll push back out," explained Toledo Fire & Rescue Department Safety Officer Lt. Greg Yiengling. "You'd think the strongest would be by the shore but that's the weakest."

If the ice fails and someone falls through, your instinct might be to go after them. But Yiengling cautions that you should stay safe and immediately call 911 instead.

"The worst thing you can do if you see someone fall through the ice is to go after them. Because if they fell through, you will too. Best thing to do is to call 911 right away," said Yiengling. "The sooner you call us, the sooner we can respond. And we have equipment at seven stations along the lake front."

If you do venture onto the ice, experts recommend you wait until there is at least a minimum thickness of 4 inches of ice to hold your body weight. And, if you want to use an ATV, the safest amount of ice for four-wheeling fun is 8 to 10 inches.