Ice conditions are unstable due to rising temperatures. 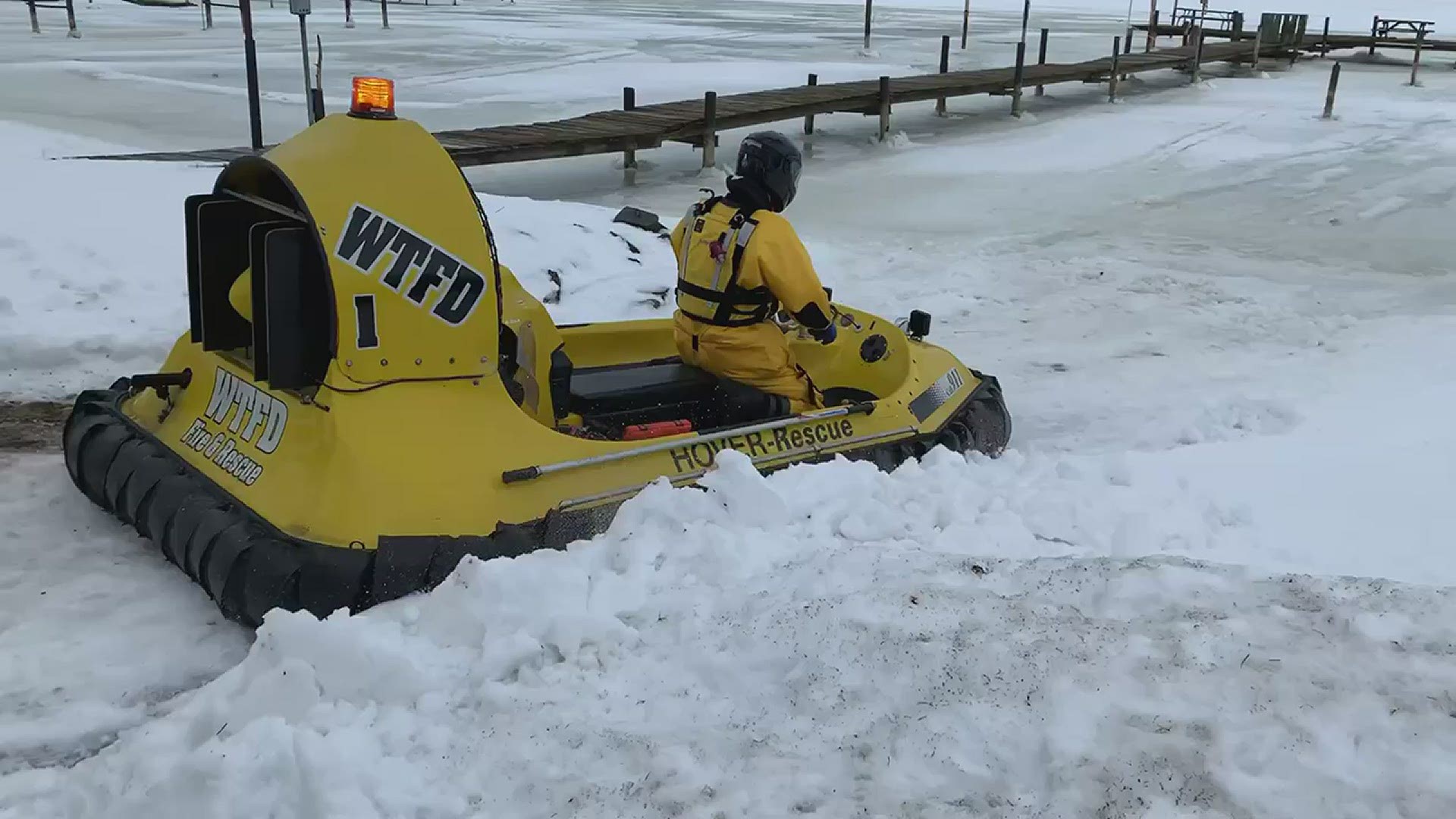 TOLEDO, Ohio — A person was rescued Monday from a small island in the mouth of the Ottawa River.

The individual became stranded on Indian Island in Maumee Bay after ice broke apart in several areas from rising and lowering water levels and shifting winds. The Washington Township Fire Department launched a hovercraft to make the rescue.

The Morin Point Fire Department also responded to the call.