Carlos, who is from Puerto Rico, told KHOU he and Daniella were sleeping when the powerful quake shook them awake. 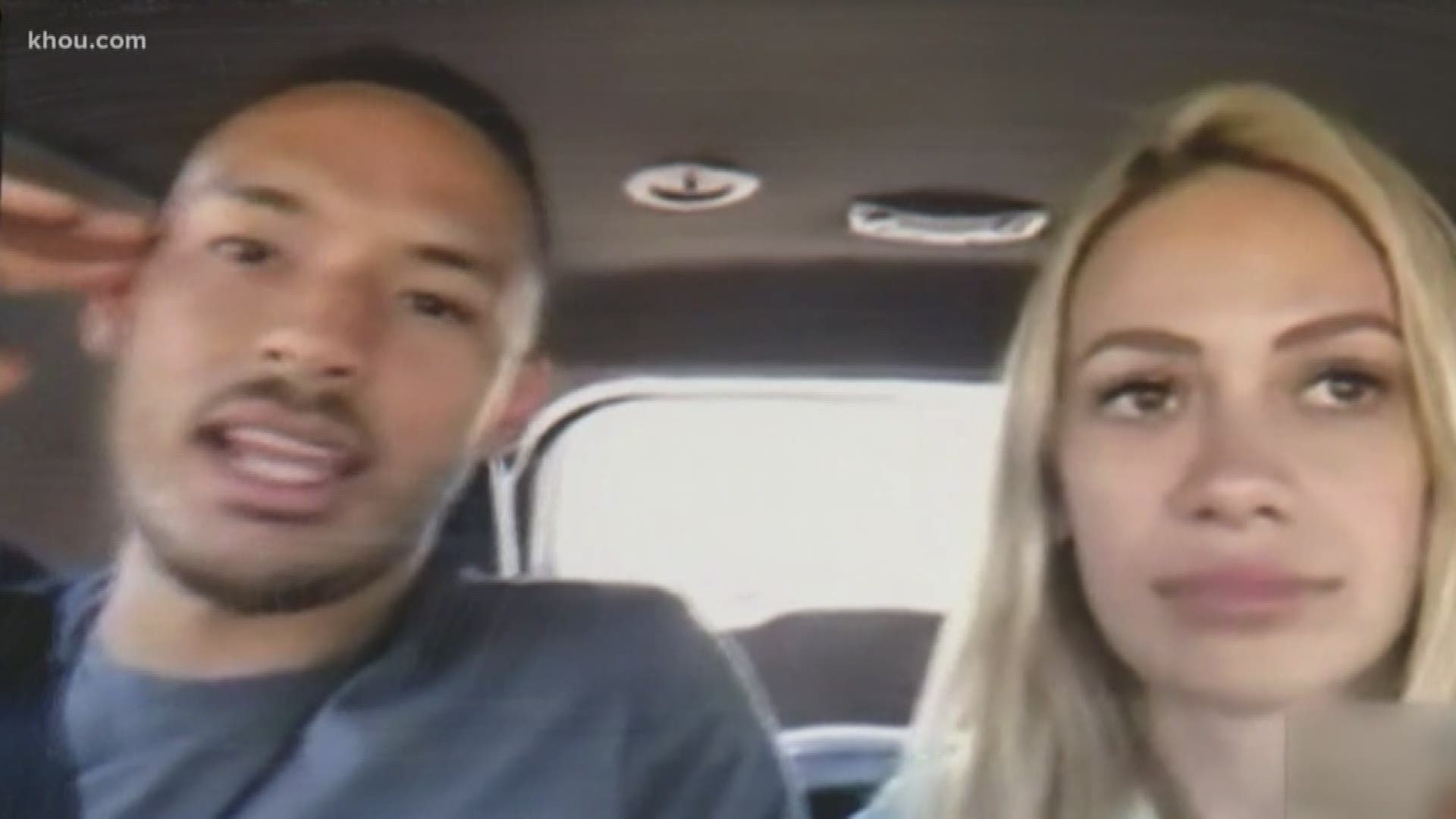 Carlos, who is from Puerto Rico, told KHOU he and Daniella were sleeping when the powerful quake shook them awake.

“I was supposed to wake up at 5 a.m. and at 4:24, we wake up and the whole room is shaking, our bed is just moving, Carlos told KHOU 11 reporter Stephanie Whitfield. “I hear my family yelling.”

The couple rushed to get dressed and get out of the house. Carlos said the streets in his hometown of Ponce were filled with frightened people.

Ponce isn't far from the epicenter of the 6.4-magnitude earthquake.

A 77-year-old man there was killed when a wall of his home fell on him, according to NPR. He is the only known fatality from the quake but several people were injured.

Carlos posted photos on Instagram of cracked and crumbling buildings and a store with groceries scattered all over the floor.

“There’s a lot of victims because of the earthquake. People have lost their houses, everything they worked for and they have nothing now,” he told KHOU.

The quake knocked out the power, which made a bad situation worse, Daniella said.

“Never been so scared in my life!” she said on Twitter.

While in Puerto Rico, the Correas unveiled a mural dedicated to children with cancer. The Correa Family Foundation has also been involved with relief efforts for Hurricane Maria, which devastated the island in 2017.

Now, the couple is asking for donations to help the earthquake's victims.

“I think one of the biggest things people can do at this moment is just pray a lot,” Daniella said.

1 / 6
Anthony Rathbun/AP Images for Bass Pro Shops
Houston Astros' World Series champion Carlos Correa and his fiance Daniella Rodriguez in partnership with Vamos A Pescar share their passion for fishing and boating with over 100 families at Bass Pro Shops Katy on Saturday, Dec. 2, 2017.