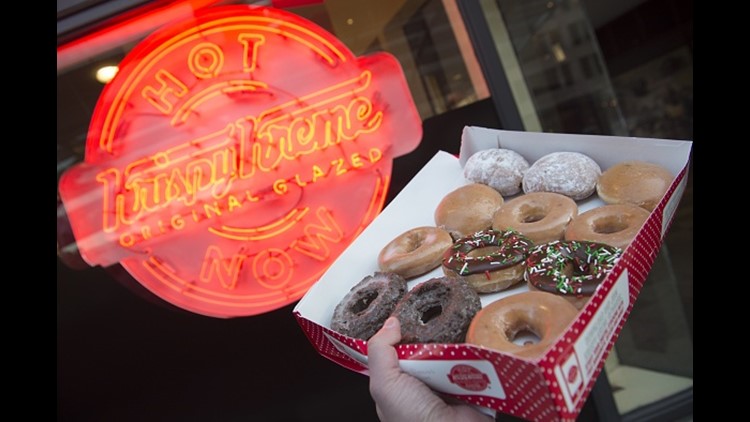 Krispy Kreme doughnuts are seen outside their store in Washington, DC, December 1, 2016.

TOLEDO (WTOL) - Just in time to derail your healthy New Year's resolution, Krispy Kreme is coming back to Toledo January 14, 2020!

The City of Toledo Planning Commission confirmed the iconic doughnut shop is to occupy a spot in the Westgate Shopping Village on Secor Road, which also houses Uncle John's Pancake House.

The last Krispy Kreme store in Toledo closed in 2006, though the doughnuts remained available at several area grocery stores.

But, most doughnut aficionados would argue that there just isn't a substitute for the Krispy Kreme shop's "HOT NOW" doughnuts.

In fact, Krispy Kreme’s app offers a “Hot Light” feature that lets users know exactly when hot, fresh doughnuts are coming off the line. You can even get push notifications to know when the Hot Light is on.