Officer Dia and Officer Stalker are memorialized in a pair of drawings. 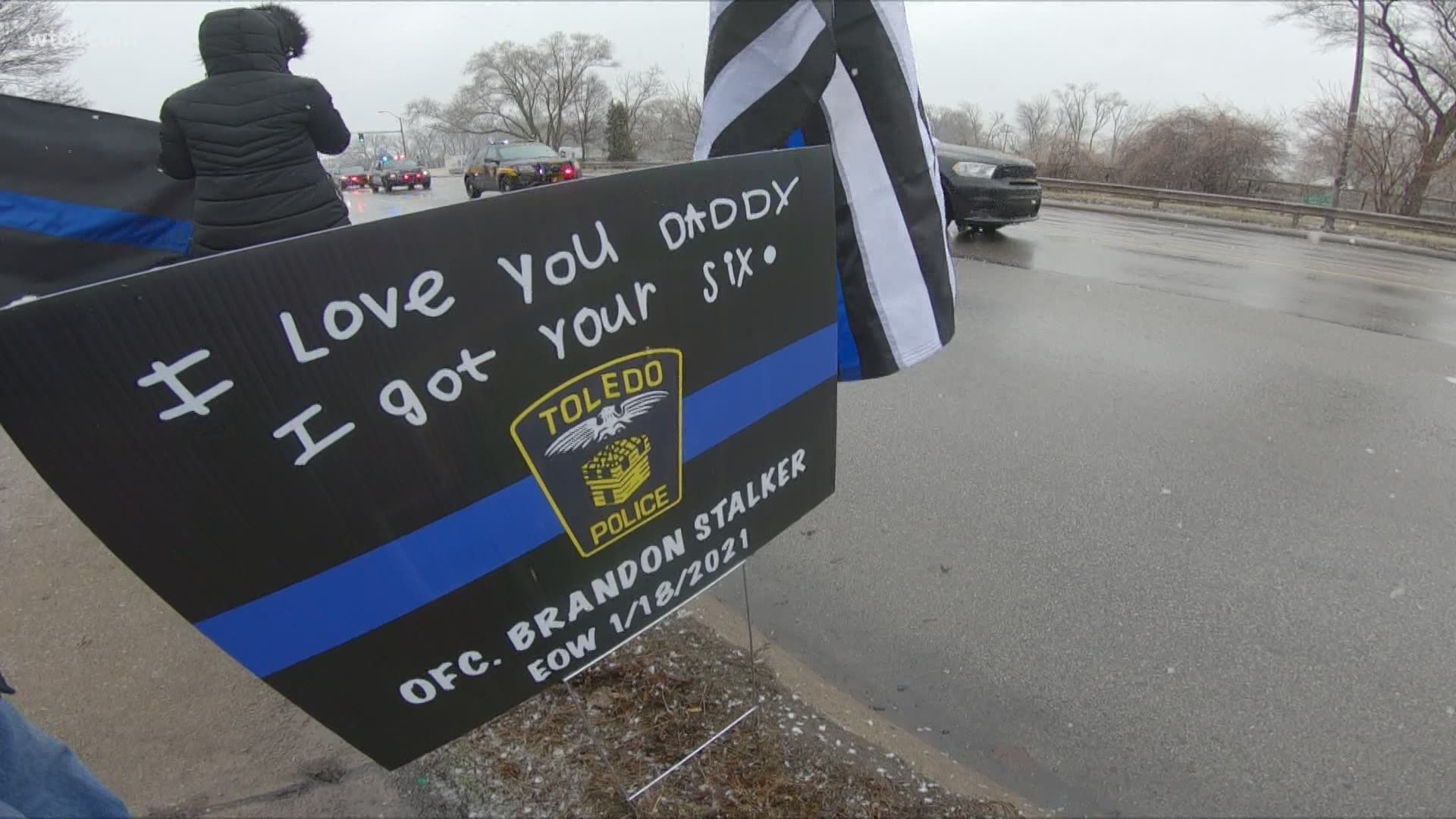 Matthew Pearson drew portraits of Officer Anthony Dia and Officer Brandon Stalker, both of whom were killed in the line of duty in the past year. Toledo police shared the images Tuesday on social media and said the drawings are hanging in the police station.

Thank you to Matthew Pearson, a Special Olympics Athlete who sent us these drawings he did of our fallen officers. Both drawings are now hanging up in the police station. Thank you Matthew! #toledopolice pic.twitter.com/luvyDtj4m4

Officer Stalker, 24, died after being struck in the head by a bullet while on perimeter duty during a standoff in central Toledo with an arson suspect. He left behind a fiancée and two children - a 7-year-old daughter and an infant son.

Stalker joined the Toledo Police Department in July 2018. He was a classmate of with Officer Dia, who was killed last summer.

Credit: wtol
Fallen Toledo Police Officer Anthony Dia is remembered for his dedication to the community after he was shot in the line of duty.

An intoxicated suspect was holding a beer and walking around the Home Depot parking lot in the 1000 block of Alexis Road in West Toledo. As Officer Dia approached the man to check on him, the suspect turned and fired a gun, fatally wounding the officer.

The officers were the department's 31st and 32nd to be killed in the line of duty.