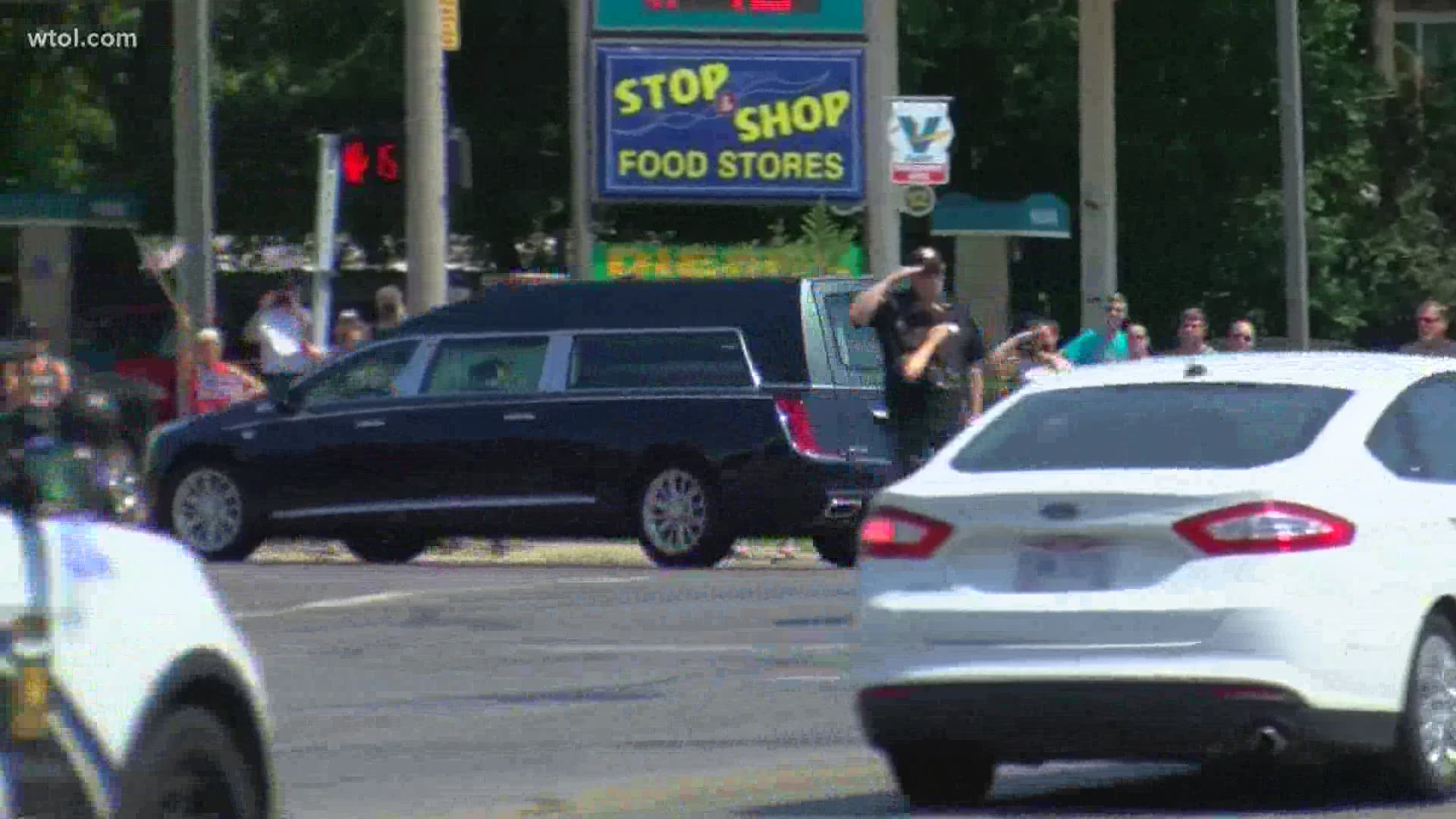 TOLEDO, Ohio — Just after midnight on the Fourth of July, 26-year-old Toledo Police Officer Anthony Dia was shot and killed by a drunk man in a Home Depot parking lot.

On Tuesday his family, members of his faith community and also his law enforcement community honored him in a memorial service.

Perhaps the most poignant part of that service was a letter written by the officer just a couple months ago in the event that he died. His cousin, Moustafa Rahal, read it aloud.

"This is not our final goodbye, I know that one day we will all see each other again, but until then I'll ask Allah to let me visit you all as much as possible, and I'll watch over you as much as I can," said Rahal, reading the letter.

After the service, hundreds of law enforcement vehicles filled a procession to Toledo Memorial Park, where he was laid to rest in a private burial.

THANK YOU. There are no words that can express the gratitude that Officer Dia's family & Toledo Police felt as you lined the streets yesterday for his funeral procession. We are humbled by your support. A tribute video will made and shared using the images collected. pic.twitter.com/n8oliNn0s9

Members of the community lined the route in support. "You just sit in quiet and you just think about the family and it's just sad cause you gotta put yourself in those shoes and no one wants to lose a husband or a son. You just feel for them and it brings you to tears just thinking about it," said Taira Bush, a Maumee resident.

Now, days later the community continues to show support. A number of fundraisers have been held at local businesses.

Toledo business, Jupmode designed a shirt in Dia's honor. A portion of the proceeds benefit his family.

A GoFundMe has raised more than $250,000 for the fallen officer's family. You can also donate through the Toledo Police Federal Credit Union.

"We are humbled by his ultimate sacrifice and as long as his name is spoken, he will never be forgotten," said Lieutenant Kellie Lenhardt during Tuesday's service.

If you'd like to help, there are a few fundraisers planned.