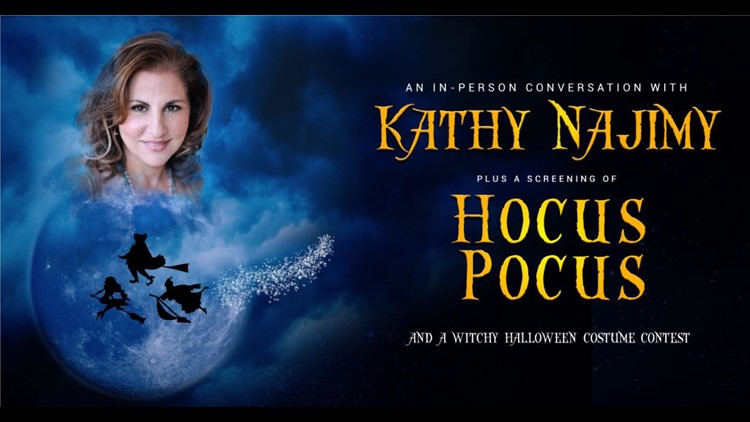 A Sanderson sister from the cult classic Hocus Pocus, flying into Toledo

TOLEDO, Ohio — The movie Hocus Pocus, is revered by many as one of their favorite Halloween classics.

The Disney movie takes viewers on the adventure of three wild witches, who run "amok" and return from seventeenth-century Salem for a night of fun and spectacle set in the 1990s.

On Sunday, October 27, actress Najimy, who plays the witch Mary Sanderson, will arrive in Toledo for a screening of the film with fans.

Najimy will be at the Stranahan Theater, for a live discussion and Q&A followed by a screening of Hocus Pocus. The event begins at 7:30 p.m.

She’ll be telling behind the scene stories and answering your questions in-person before the movie.

RELATED: These are the most-searched Halloween costumes of 2019

As Najimy's character says in the movie, "you might want to form a calming circle, " because there are a limited number of VIP tickets available which include premium seating and a photo with the actress.

Tickets are available by calling 419-381-8851 and at the Stranahan Theater Box Office.

The movie was also shown at Fifth Third Field as part of the Mud Hens Halloween Movie Night on Friday evening.